[ The Korea Herald – Send E-mail ]
T-ara album delayed as 2 decide to bolt amid contract terminations
By Hong Dam-young
Published : May 8, 2017 - 11:46
Updated : May 8, 2017 - 11:46
Idol group T-ara has delayed the release of a new album as its management agency failed to persuade two members -- whose contracts expire next week -- to promote the record together with their remaining teammates, according to the company Monday. 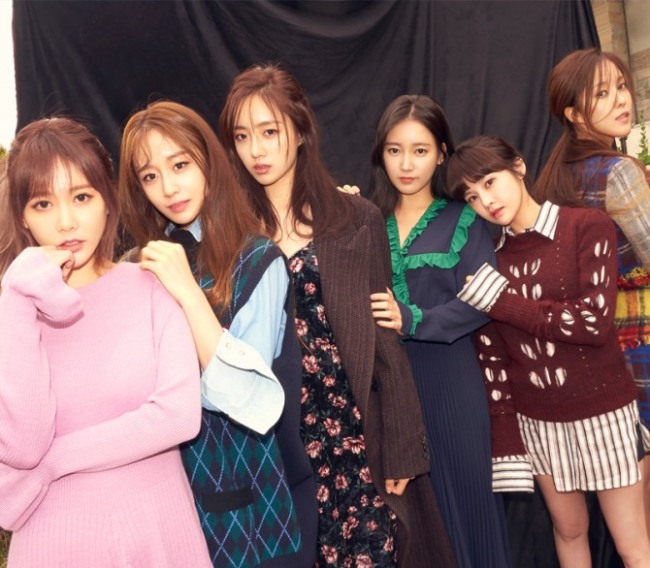 T-ara (MBK Entertainment)
“Boram and Soyeon’s contract expires on May 15. We had planned to release an album and hold a concert to mark the eight years of the six-member lineup, but failed to reach an agreement with the two members,” MBK Entertainment said.

The company added that the album, initially scheduled to be released in late May, will be re-recorded by the remaining four members -- Qri, Eunjung, Hyomin and Jiyeon -- and be put out in late June.

The four have decided to extend their contracts until the end of the year. The fate of the group will be decided after the renewed deals expire, MBK said.

Since its debut in 2009 with the EP “Lies,” T-ara has hit the bull’s-eye with 12 EPs, including the latest, “Memories.” Some of its greatest hits include “Bo Peep Bo Peep,” “Roly Poly” and “Lovey Dovey.”

The group went through its biggest crisis when former seventh member Hwayoung left amid rumors that she was bullied by her teammates. The incident caused members to drop out of television shows and other entertainment arrangements, and eventually to seek a broader market outside the country. (Yonhap)