[ The Korea Herald – Send E-mail ]
[Herald Interview] Behind the charisma, Lee Byung-hun is drawn to subtlety
Lee forgoes the action-thriller genre for a more contemplative, but equally striking, drama in new film
By Rumy Doo
Published : Feb 21, 2017 - 15:17
Updated : Feb 22, 2017 - 13:24
In one of his most acclaimed performances, Lee Byung-hun plays a gang member ordered to spy on his boss’s wife in director Kim Jee-woon’s 2005 noir “A Bittersweet Life.”

The character starts out as a ruthless perfectionist trusted to unquestioningly execute orders. But struggling between his dreams and real life, he begins to act on his own impulses.

Lee was strongly reminded of that tortured mobster he had portrayed over a decade ago while playing his recent role in the psychological drama “A Single Rider.”

“(In terms of) the way you follow the characters’ emotional development, the two seemed to oddly overlap,” he said at an interview Monday at a cafe in Samcheong-dong, Seoul.

“A Single Rider” is the debut feature of former commercial film director Lee Zoo-young. The actor Lee plays Jae-hoon, a successful fund manager who loses everything after investing in a risky bond. Deep in depression, he travels to Australia, where his wife, played by Gong Hyo-jin, and son have relocated.

From afar, the once shrewd Jae-hoon watches helplessly as his wife has an affair with her next door neighbor, an Australian day-laborer, and loses herself in pleasure while smoking pot with him.

The story had struck a chord within Lee. “It was among the top five best scripts I had ever read, personally. It was a story that I had to tell. It was a like a really good novel.” 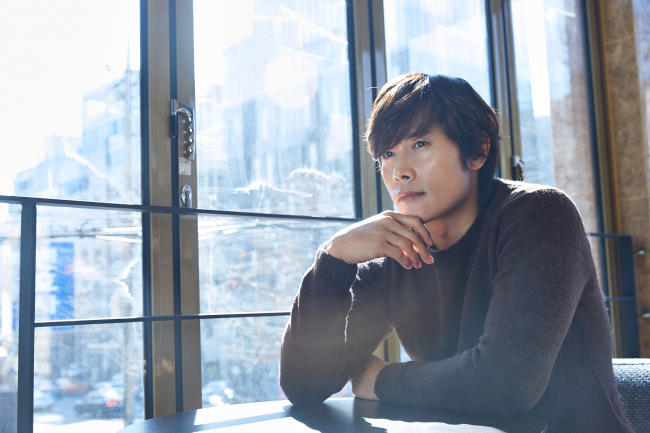 Lee Byung-hun poses for a photo before an interview Monday at a cafe in Samcheong-dong, Seoul. (All That Cinema) 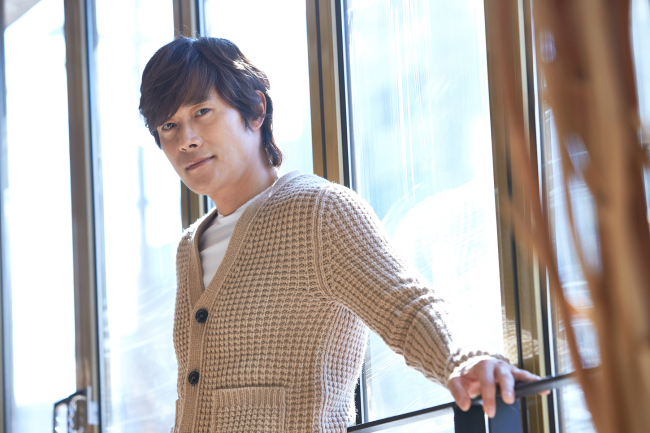 Lee Byung-hun poses for a photo before an interview Monday at a cafe in Samcheong-dong, Seoul. (All That Cinema)
The film’s characters rarely speak. Jae-hoon spends most of his time wallowing in the consequences of his life, only interacting occasionally with a young backpacker in Australia on working holiday, played by the K-pop idol-turned-actress Ahn So-hee. She too has been hurt, but through brute physical violence. Most of Jae-hoon’s thoughts and emotions are delivered via facial expressions, rather than dialogue, which Lee found “intriguing.”

Since his debut in 1991, Lee has had a distinguished career. Long before venturing out to Hollywood as Storm Shadow in the 2009 “G.I. Joe: The Rise of Cobra,” or as the knife-wielding gunslinger in last year’s “The Magnificent Seven,” Lee earned praise for his diverse performances.

His fame began to rise after the 2001 melodrama “Bungee Jumping of Their Own,” in which he portrayed a shy student of literature. A string of more charismatic, often frenzied roles followed: Lee turned into a villain in the 2008 “The Good, the Bad, the Weird,” Kim Jee-woon’s acclaimed eccentric spaghetti Western, and as a widower whose wife was killed by a psychopath in the 2010 “I Saw the Devil.”

In recent years, Lee has played a gangster with political ties in “Inside Men” and a ruthless mogul in “Master.”

But what really draws the veteran performer to characters is the subtle and often layered emotions he finds in them, the 46-year-old actor said.

“There’s a scene where Jae-hoon sits in front of the computer, calculating his assets and his debts, drinking,” he said. “He might think he wants to just die. But he’s not in a normal state. He’s drunk and emotionally agitated and depressed. I believe that’s not his real wish. It’s impulsive.”

After 26 years in his craft, Lee says there are still times when he feels a sense of euphoria.

“There are scenes where I act what I read on the script, but the emotion that’s conveyed is something completely unexpected. And unintentional,” he said. “Those moments are few, but euphoric.”

The film opened in theaters Wednesday.