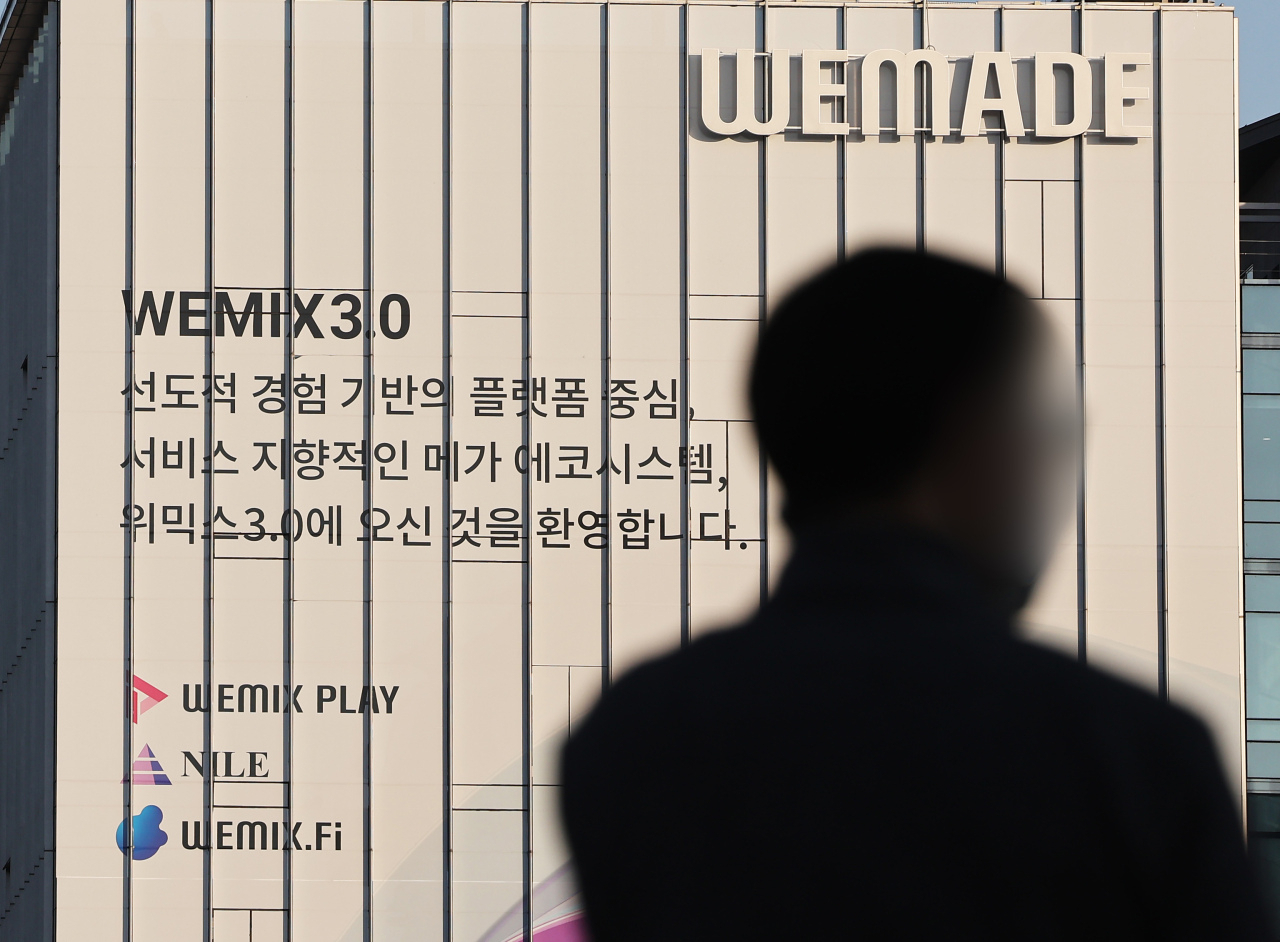 A Seoul court’s denial of an injunction against the delisting of Wemade's cryptocurrency wemix on Wednesday sent shock waves through the local virtual asset market.

Wemix tokens were removed from the four crypto exchange platforms -- Bithumb, Upbit, Coinone and Korbit -- on Thursday at 3 p.m.

The court's ruling came as Wemade filed a petition for a preliminary injunction on Nov. 28. The petition followed an announcement by the Digital Asset Exchange Alliance (DAXA) -- consisting of the nation's top five crypto exchanges -- on Nov. 24 that it would halt trading Wemade's wemix tokens on the four platforms from Dec. 8.

During its delisting announcement, the alliance accused Wemade of not being transparent. It alleged that Wemade filed “false information,” suspecting there were considerably more tokens in circulation than the firm had disclosed. Wemade also provided its investors with “erroneous and insufficient information,” the alliance said.

Before DAXA’s wemix delisting announcement in November, a wemix coin traded at around 2,200 won, but soon dropped to around 500 won. The price rebounded to just over 1,500 won when Wemade filed a petition for a preliminary injunction at the end of November, and has been fluctuating due to the uncertainty of the court’s decision.

As news about the court's decision hit the market, the price of wemix was on a downward slope on Thursday.

On Korea’s largest cryptocurrency exchange Upbit, wemix’s price dropped 33.33 percent compared to the day before to 280 won as of 1 p.m. on Thursday.

Just before the coin was removed at 3 p.m., wemix closed at 209 won and 309 won on Upbit and Bithumb, respectively.

Since wemix is a widely known cryptocurrency that is issued by Kosdaq-listed local gaming giant Wemade, industry insiders see that this incident will not only lead to some individual investors losing money, but also affect the entire local crypto market to shrink further.

To make the matters worse, foreign crypto exchange OKX also announced on Thursday that wemix will be delisted from its platform, saying that the decision was made after receiving users' feedback and in accordance with its token delisting guidelines.

Those who invested their money in wemix coins on four of DAXA members' exchanges -- Bithumb, Upbit, Coinone, Korbit — are now left with no choice but to withdraw their coins. Investors can transfer them to other foreign exchanges including KuCoin and Gate.io to cash out or continue trading wemix on those exchanges.

Upbit and Bithumb will allow their clients to withdraw wemix coins until Jan. 7 and 5 next year, respectively. Coinone investors have to withdraw their wemix coins by Dec. 22 and before the end of this year for Korbit clients.

Meanwhile, the Financial Supervisory Service’s head Lee Bok-hyun said on Wednesday before the court’s injunction denial that the financial watchdog is monitoring the case.

“If the DAXA says it has decided in accordance with fair internal and external standards, I think it would be necessary for us to look into whether those standards were fair or not,” Lee said.