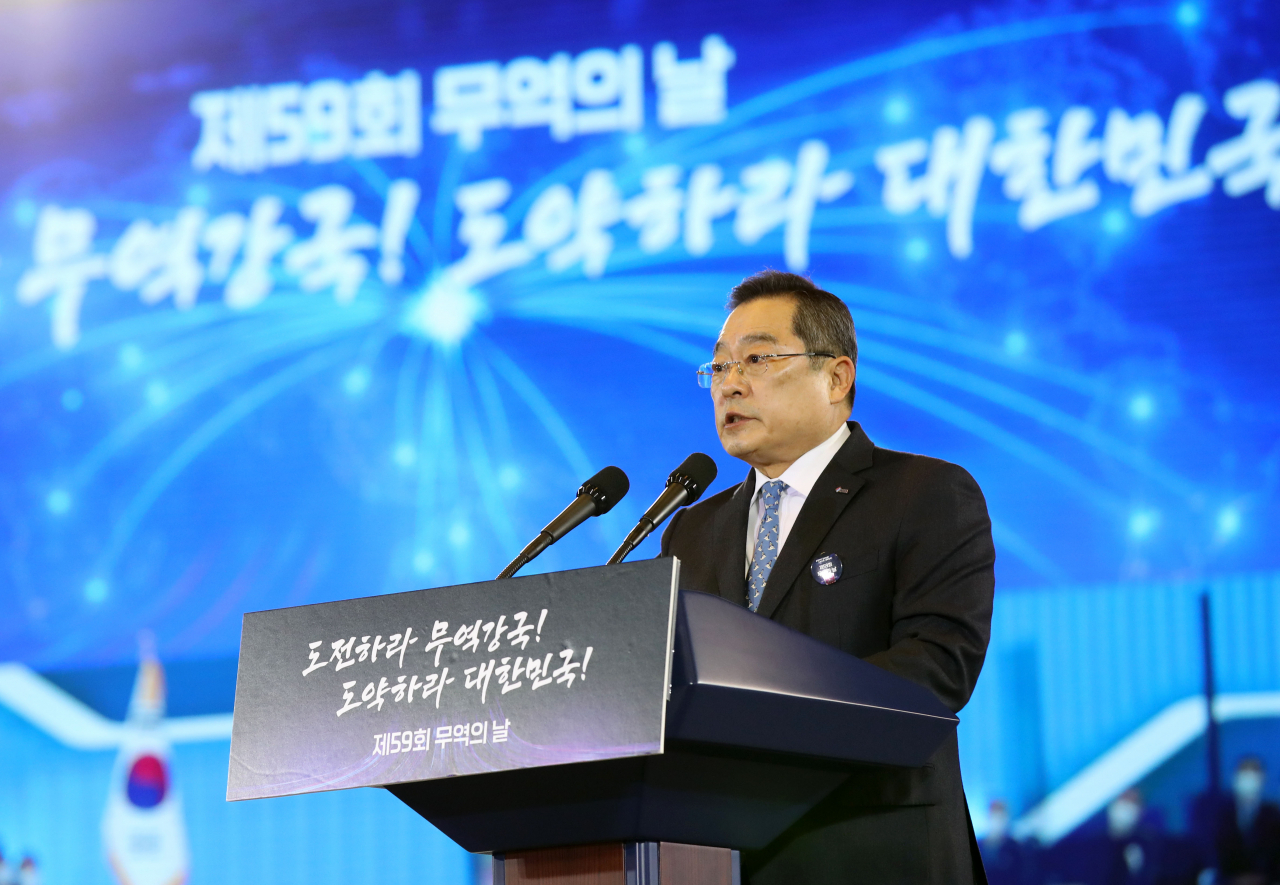 South Korea’s trade volume is expected to stand at 6th in the world -- the highest ranking in Korean history, according to the Korea International Trade Association.

“This year, Korea’s exports are expected to exceed $600 billion for the second consecutive year -- recording an all-time high -- and global export ranking is expected to rise from 7th last year to 6th. Import ranking also jumped from 9th to 8th, leading Korea’s volume of trade to leap two notches from No. 8 to No. 6,” KITA Chief Koo Ja-yeol said during a ceremony marking the 59th Trade Day held Monday at Coex in southern Seoul.

Along with Koo, over 1,000 participants including President Yoon Suk-yeol and Industry Minister Lee Chang-yang took part in this ceremony.

Koo added there are still some challenges the country has to face right away as the country turned to a trade deficit.

The accumulated trade deficit for the first 11 month soared to $42.5 billion.

According to KITA, South Korea’s annual export this year is expected to increase by 7.1 percent to $690 billion.

KITA’s prospect is based on the Ministry of Trade, Industry and Energy’s trade-related data for this year’s first three quarters.

During January to September, the export amount jumped 12.2 percent on-year to $524.7 billion. This is mainly due to three industries -- semiconductors, automobiles, and petroleum products that have been actively exporting to four markets -- ASEAN, US, the EU and India.

China, US, Germany, the Netherlands and Japan are the top five countries that are expected to be ranked higher than South Korea.

In particular, Samsung Electronics was recognized with a $120 billion Tower of Export, breaking its own record of reaching $110 billion just last year.