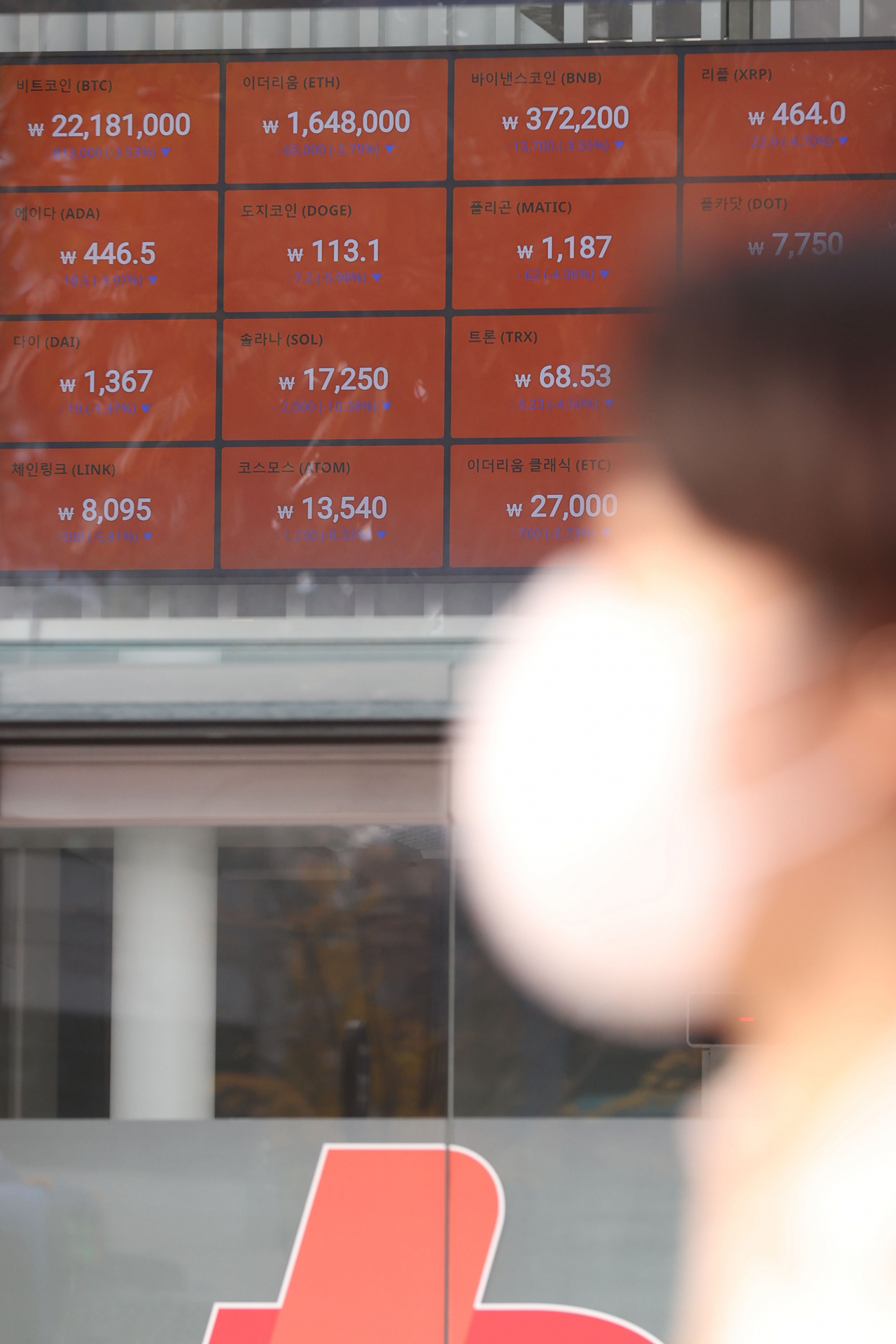 Signboards show price movements of bitcoin and other virtual currencies at an exchange in South Korea on Nov. 14. (Yonhap)

Financial authorities on Monday maintained their position on imposing an income tax on cryptocurrency trading from 2025, delaying the initial plan of levying a 20 percent tax starting next year.

According to the Ministry of Economy and Finance, it submitted a bill to lawmakers to push back the new taxation law from 2023 to 2025.

Before the end of the year, the bill has to be passed by the National Assembly for the current taxation plan to be postponed.

The government’s delayed decision came as it sees that further infrastructure enhancement of cryptocurrency trading to protect investors should be made before imposing the income tax, especially as the number of virtual asset service providers increased dramatically from six in October last year to 30 as of today.

Among the VASPs, small service providers have been complaining of difficulties in paying taxes starting next year, according to the government.

The government also considered the difficult situation of the virtual asset market, which has been hit by the collapse of cryptocurrency exchange FTX, the crypto trading platform co-founded by Sam Bankman-Fried.

The lawmakers’ decision for virtual asset investment income tax will likely depend on the settlement for delaying the adoption of the law to levy a tax on gains made from financial investments on products such as stocks, bonds and derivatives, as there are similarities between the two laws.

The tax law for financial investments is also set to be imposed next year and has been the main focus of the lawmakers’ debate. The ruling People Power Party has been calling for a delay of the adoption until 2025, while the opposition Democratic Party of Korea has been proposing to carry out plans according to schedule.

The Democratic Party has not expressed any particular position on the cryptocurrency income taxation issue.

Meanwhile, the government said it is also separately preparing for such a situation in which the income tax law is imposed without delay next year, just in case the submitted bill is not passed in time.