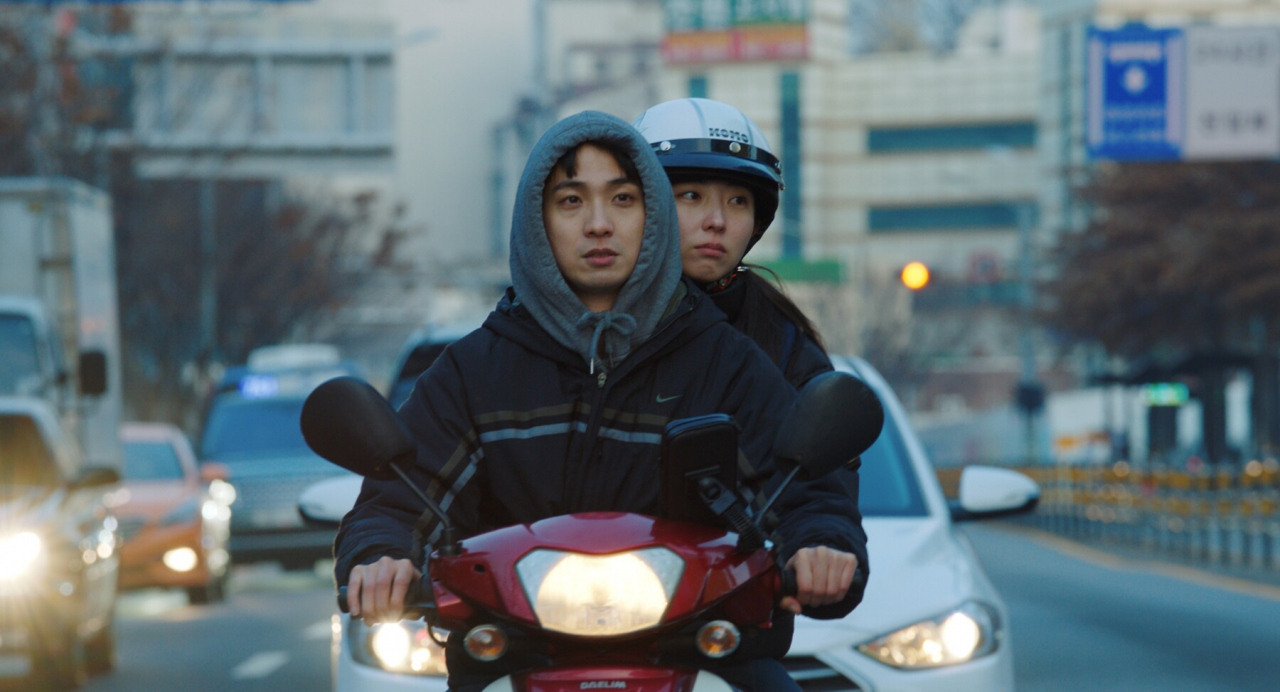 Korean indie film “Through My Midwinter” features the harsh reality of how a young couple’s relationship can be affected as their economic status changes.

“I have done manual labor for nine years. One winter -- around three years ago -- I was breaking a wall with a drill and it caused my teeth to crack. It was a difficult time for me and I had to spend a lot of money at the dentist's office,” director Oh Seong-ho said during a press conference at Lotte Cinema Konkuk University on Wednesday.

On his way home from the dentist's, the director said a delivery motorcycle that was passing by caught his eyes.

“To me, the sound of the motorcycle seemed similar to someone crying. That was the moment when I decided to tell a story about a young man," he said.

In Oh’s debut feature, Kim Kyung-hak (Kwon Da-ham), a young man in his 20s is studying to become a police officer. One day, he finds out that he must pay back his mother’s debt of 20 million won ($15,000). Eventually, he starts working as a part-time courier to earn the money. However, this change affects his relationship with his girlfriend, Hye-jin (Kwon So-hyeon), who recently got her first job.

“I did not want Kyung-hak to suffer due to a large amount of money. I wanted to show that even 20 million won can have a butterfly effect and shake up a young man’s life,” the director said.

Two leading actors who played the young couple in the movie said they wanted to be part of "Through My Midwinter" because of its script which was written with realistic details.

“At first, I saw only part of the script for the audition. I liked that the lines were realistic,” K-pop-singer-turned-actor Kwon So-hyeon said.

Actor Kwon Da-ham said he watched the previous short films that Oh created and then read the script.

“I could see that it was going to be an extremely realistic movie. When I read the script for the first time, I could sense the harsh reality in it,” the actor added.

Even though the script was written with true-to-life details from the beginning, the director encouraged the actors to suggest their own ideas to make it even more believable.

“The director told me to read the script with a critical viewpoint,” Kwon So-hyeon said. “He told me that I have to keep in mind that the script is not perfect.” 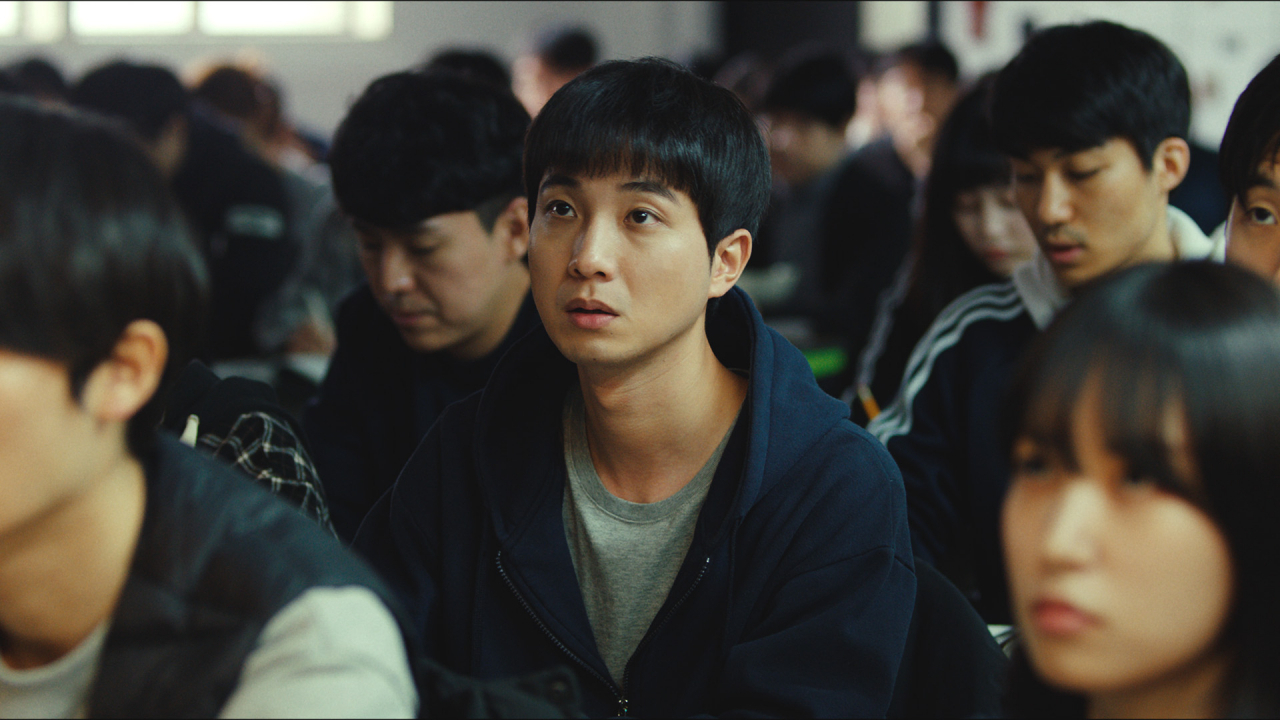 “When I was filming short films, I saw actors struggle to talk about their opinions. At the end of the day, it is the actor that the audiences get to see and I think they should be able to add their ideas to the story, so I gave So-hyeon that kind of direction during shooting,” the director explained.

During the conference, Kwon Da-ham talked about winning the best actor of the year award for his role in "Through My Midwinter" at the 26th Busan International Film Festival.

Besides the acting award, the film also won the DGK Megabox award and the Watcha Award at the fest in Busan.

“When I first got the phone call from the BIFF organizer that I won the award, I cried with the director for around five minutes and had to rush out because I had to attend a meeting,” Kwon said. “Throughout my career, there were ups and downs. And this award made me feel like I can forget the past and start again with a clean slate.”

"Through My Midwinter" will hit local theaters on Nov. 30.