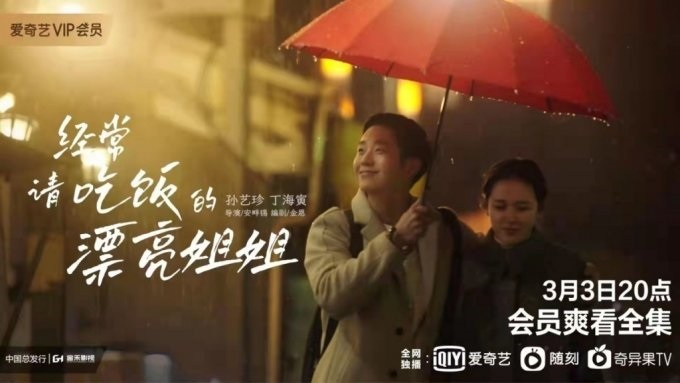 Poster image of “Something in the Rain” on iQiyi (iQiyi)

The news of the release of South Korean director Hong Sang-soo’s movie “Hotel by the River” on a Chinese streaming service, the first for a Korean film in six years, was met with mixed reactions among those in the local entertainment industry on Tuesday.

Since China imposed a blanket ban on Korean entertainment products as part of the economic retaliation campaign following South Korea’s decision to host a US Terminal High Altitude Area Defense battery on its soil in 2016, Korean contents had disappeared from China’s entertainment industry. 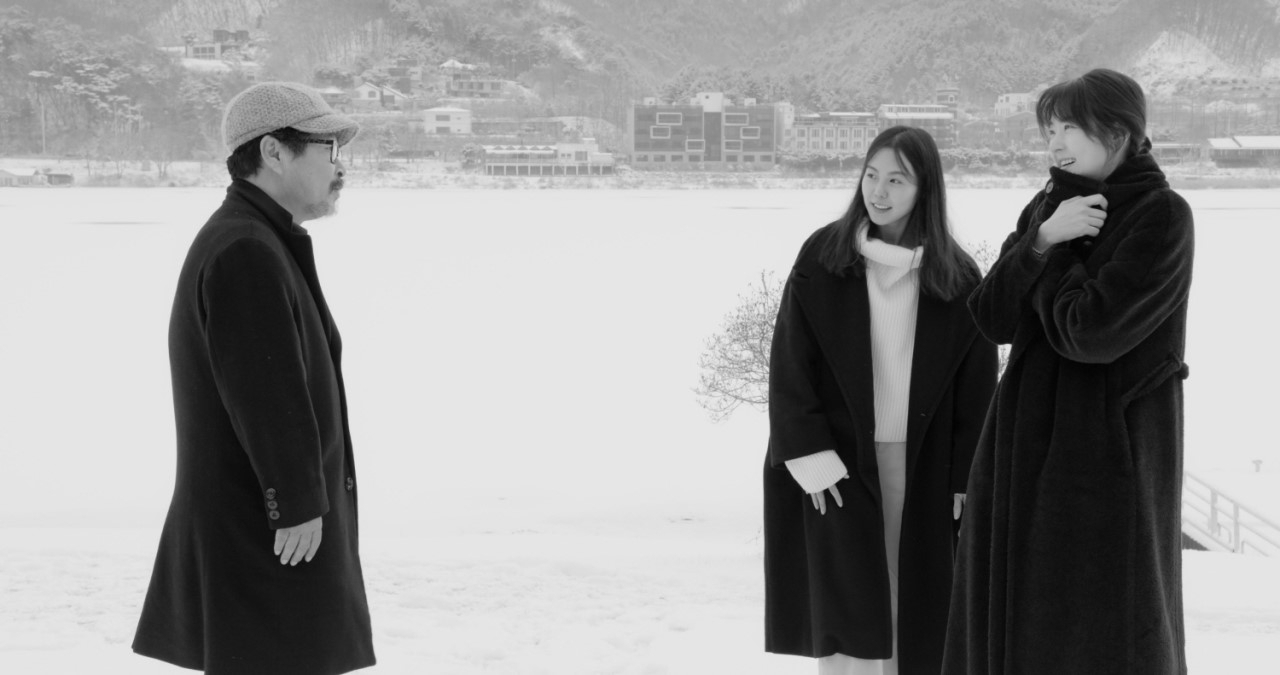 Still image of "Hotel by the River" (Jeonwonsa Film Co.)

That was until earlier this year, when small changes were seen. A few Korean dramas -- including JTBC’s romance series “Something in the Rain” (2018) -- were made available on Chinese streaming service iQiyi starting in March.

According to the Korea Creative Content Agency China Office, 13 drama series, including tvN’s “Queen and I” (2012), “Another Miss Oh” (2016) and “Prison Playbook” (2017) and SBS’ “Saimdang, Memori of Colors” (2017) were released on various Chinese streaming platforms -- iQiyi, Tencent Video, Bili Bili and Youku – in the first half of this year, after receiving approval from National Radio and Television Administration (NRTA), China's broadcasting regulatory authority.

“Expanding distribution channels is a major issue for content creators. And a lifting of the ban placed on Korean cultural content will certainly be a good opportunity for the creators,” an industry insider, who wanted to remain anonymous, told The Korea Herald Wednesday.

The insider added that though Korean companies no longer rely heavily on the Chinese market, the news has many in the industry feeling optimistic.

Ranging from dramas and movies to television variety programs, Chinese audiences were eager consumers of Korean entertainment before the ban and even afterwards.

Korean drama series, such as “Hospital Playlist 2” (2021) and “Another Miss Oh,” ranked in the top 5 of their respective Chinese streaming platforms and recorded more than 10 billion views on one of China's biggest social media platforms Sina Weibo, according to the KOCCA's China office.

Terrestrial broadcaster SBS’ smash hit romance “My Love from the Star” (2013), also known as “You Who Came From the Star,” recorded a total of 2.5 billion views in iQiyi, recording the highest views in 2014.

According to KOCCA, 15 Chinese remakes of Korean dramas were made after 2016, proving that Chinese interest in Korean contents remained strong even after the restriction was imposed.

The Chinese remakes of MBC’s music show “I Am a Singer” and SBS’ variety show “Running Man” continued Hallyu, or Korean Wave, in China, confirming the possibility of “Korean broadcast format-export.”

Reviews and posts about "Extraordinary Attorney Woo" are seen on a Chinese social networking service, though the series was never released in China. (Douban)

“‘Hotel by the River’ was chosen by the Chinese distributor. It did not give a specific reason for the choice. But the change in atmosphere was visible and it did not seem to be reluctant to distribute Korean contents,” the official said.

Hong’s 95-minute film is available on Tencent Video, one of the most popular streaming services in China, where almost two-thirds of the country's internet users watch video online, according to the Kagan 2022 China Consumer Insights survey.

“I expect the growth of the market (for Korean films) to have some positive influence on the content creators. But, providing one Korean film on China’s streaming platform does not mean a lifting of the cultural restriction,” Cho told The Korea Herald, explaining that the industry needs to wait and see what happens.