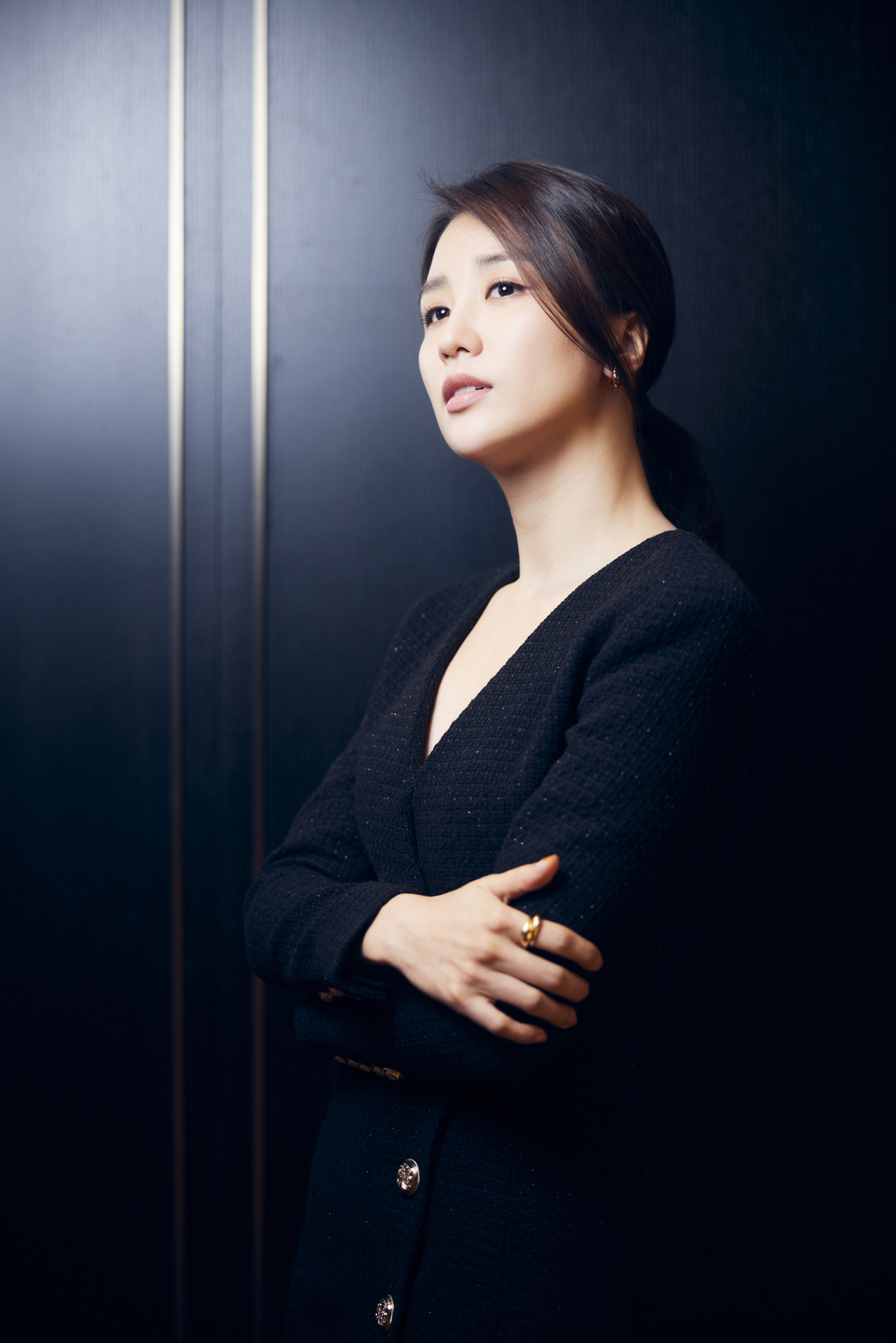 Park Ha-sun, the star of hit shows such as "Birthcare Center" and "No, Thank You," is now a proud mother to a three-year-old daughter whom she had with fellow actor Ryu Soo-young. She had always dreamed of a marriage and family life but her familial bliss was impacted by the harsh realities of giving birth and raising a child in her industry.

Recalling her experience of becoming a mother, Park said that South Korean female actors are faced with a unique set of hurdles. "When Korean actresses become pregnant, we immediately find it difficult to get work, which is quite different from office workers who are able to work until their full term."

While like many full-time moms her everyday was filled with taking care of the baby and feeding her regularly. This was a joyous time with her child but it also meant that she had no income.

"I kept telling myself that I was doing the most meaningful thing in the world, but I still felt blue," Park continued in an interview with a group of reporters in Seoul on Tuesday.

She explained that this experience made her latest movie, “First Child,” directed by Hur Jung-jae, all the more relevant to her.

In the movie, Jung-ah (Park) returns to work one year after giving birth to her first child and attempts to rebuild her career. However, she faces numerous difficulties as she struggles to balance her work and child.

Park recalled a particular moment in her own life when she realized just how difficult it is to raise a child.

"One day, I was feeding my baby and my friends asked me if I could hang out with them. I told them that I couldn't go because I had to feed her every three hours. I felt like crying after talking to my friends but I could not even cry because of the baby -- I held back my tears," the actor said. "My husband came and asked me what was going on and I looked at him and he said the blood vessels in my eyes were all broken. That was when I realized that I was feeling depressed."

Since the movie follows protagonist Jung-ah’s point of view, the husband (Oh Dong-min) is at times portrayed as ignoring his wife's hardships, but Park said she does not necessarily consider the husband in the movie a bad one.

“To be honest, I think there are husbands in real life who are much worse,” Park said. “I think he is in the process of learning and there must be a lot that he does not know. After all, it is also his first time being married and being a father. So I could understand him," she added.

The film also shows the tension with Ji-hyun (Gong Seong-ha), who substituted for Jung-ah at work while she was on maternity leave.

Ji-hyun tells Jung-ah that she would never get married and have a baby like Jung-ah did.

Even though Park is happy with her family, she said she feels ambivalent about marriage and especially pregnancy and would support her daughter if she decides to choose a life like Ji-hyun.

“I know that a lot of young people these days choose not to get married, which I think is wise. I did not even consider it as a possible option,” she said. “Giving birth is a very painful process and one side of me hopes that my daughter does not have to experience that. It is definitely a valuable experience but I think it is all up to my daughter.”

The upcoming film also delves into prejudices against nannies who are “Joseonjok,” or ethnic Korean Chinese. Jung-ah asks specifically for a Korean nanny, but a Joseonjok nanny is assigned by accident.

“To be honest, I understand her (Jung-ah's) concerns. We also had security cameras at home,” Park said. “Interviewing nannies was also very important. I asked questions like whether she has a baby, how much she loves her baby, her relationship with her husband and so on. I had a lot of advice from other moms, too.”

Park began shooting "First Child" in 2019 right after she became a mom before she participated in two other hit drama series that both came out in 2020 before the film - "Birthcare Center" and "No, Thank you." "Birthcare Center" is about women who learn to become a mother at a postnatal care center while "No, Thank you" is a story of a daugther-in-law striving to live through South Korea's patriarchal society.

The year of 2019 also happened to be one of the most challenging times, personally, for Park and she felt starring in a movie that deals with a serious and somewhat depressing topic was not difficult at all considering her real life situation was much worse.

"My younger brother passed away and my baby was hospitalized for two weeks when we were shooting the film. Also, my friend took her own life at the time and my dog that I had had for 14 years also died,” Park said. 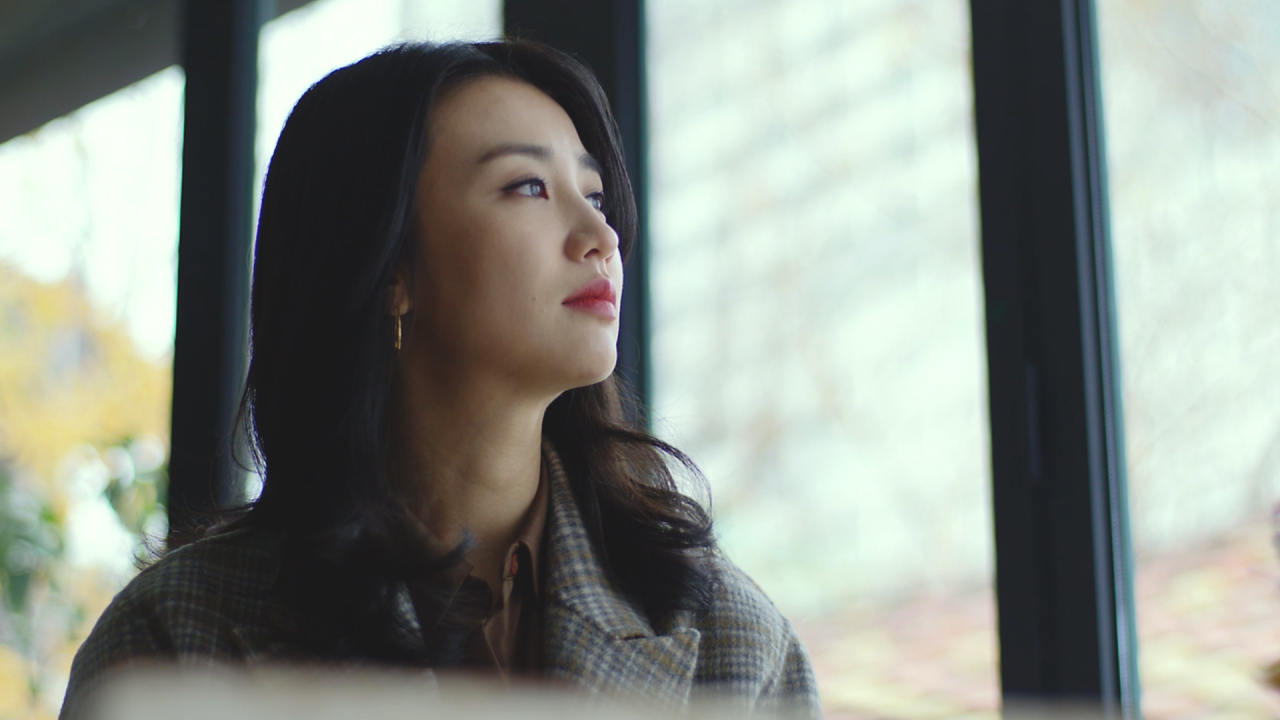 “On the first day of shooting, I actually had fun performing. I wanted to do well. The fact that I could enjoy acting when I was going through a very difficult time like that made me realize how much I love doing this.”