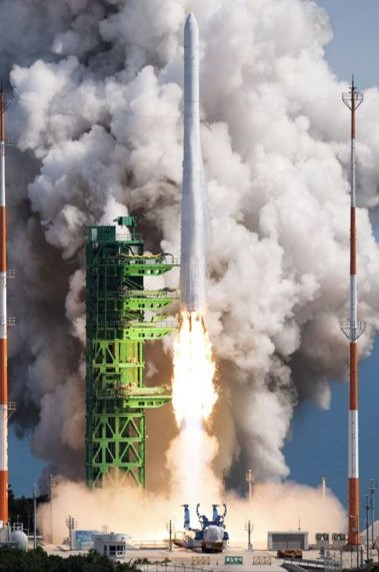 "Hanwha Aerospace will consult with KARI to decide on specific development costs, transfer of technologies and facility investments before signing a final agreement next month," a Hanwha spokesperson said over the phone.

In June, South Korea successfully launched its homegrown space rocket Nuri in its second attempt to put satellites into orbit, reaching a major milestone in the country's space program.

South Korea became the seventh country in the world to develop a space launch vehicle that can carry a more than 1-ton satellite, after Russia, the United States, France, China, Japan and India.