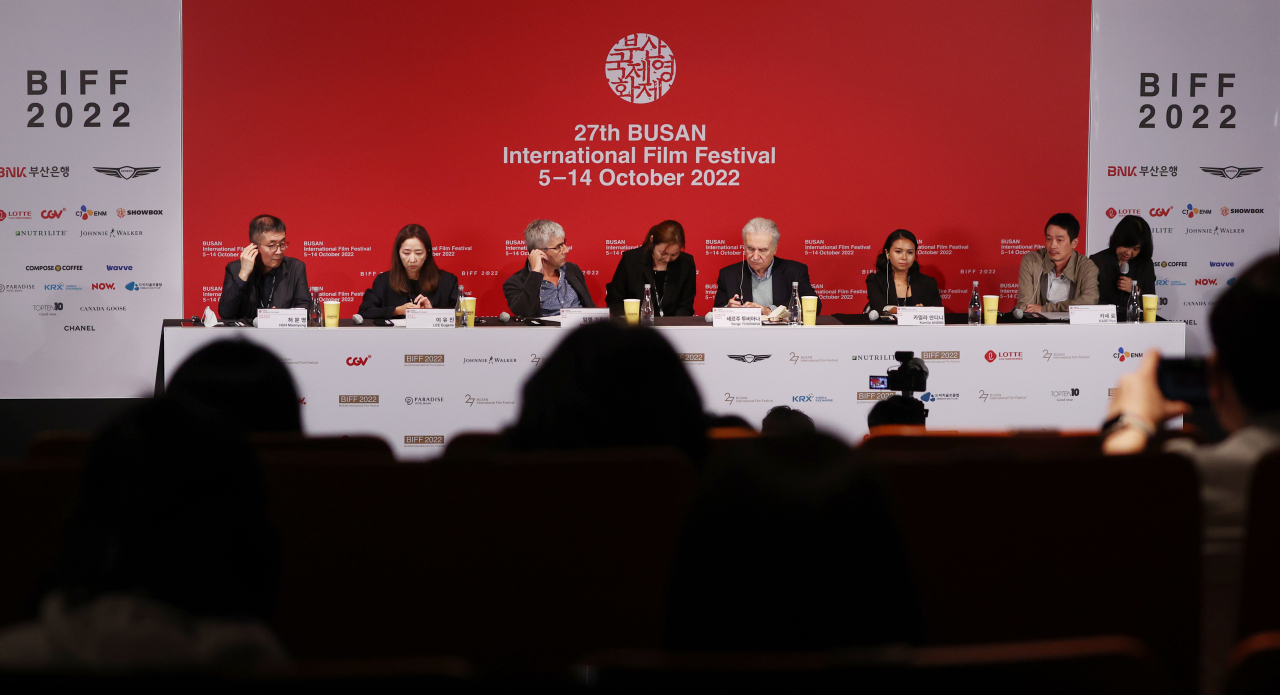 “The most important standard when selecting a film is whether it can shake up our existing point of view,” Toubiana said during a press conference held at the KNN Theater in Busan on Thursday.

Toubiana is the president of Unifrance, an organization for promoting French films. He held the position of editor-in-chief at the prestigious French film publication Cahiers du Cinema (Notebooks on Cinema) for 26 years and published many books on film as well. He has also served on the jury of the Berlin International Film Festival and Cannes Film Festival several times.

Director Guiraudie added that from watching many Korean films created by directors like Kim Ki-duk and Park Chan-wook, he has noticed that they usually have a mysterious and new way of telling stories that are different from European cinema, and he is expecting to see more of these features in the 10 selected Asian movies.

Lee, who is the only Korean jury member this year, talked about fairness during the conference.

“Among 10 selected films, two of them are Korean films and other films are from different Asian countries like Thailand. I will make sure to watch them without any biased views,” Lee said. “From working with a Japanese director for the film ‘Broker,’ I have learned that films have the power to connect people regardless of their nationality. I will watch all these powerful Asian films without prejudice.”

The New Currents Award is presented to the two best feature films by new Asian directors presenting their first or second feature at the Busan film fest. The two winners each receive $30,000.

The festival's director, Huh Moon-young highlighted that the New Currents section, which was created along with the establishment of the BIFF, is particularly special as it reflects its identity, which is to shed light on the great works of Asian directors.

Ten films, including “Hail to Hell” directed by Lim Oh-jeong, "A Wild Roomer" by Lee Jeong-hong and "Ajoomma" by He Shuming, are competing in the section this year.

The winners of the New Currents Award will be announced on Oct. 14 at the festival's closing ceremony.