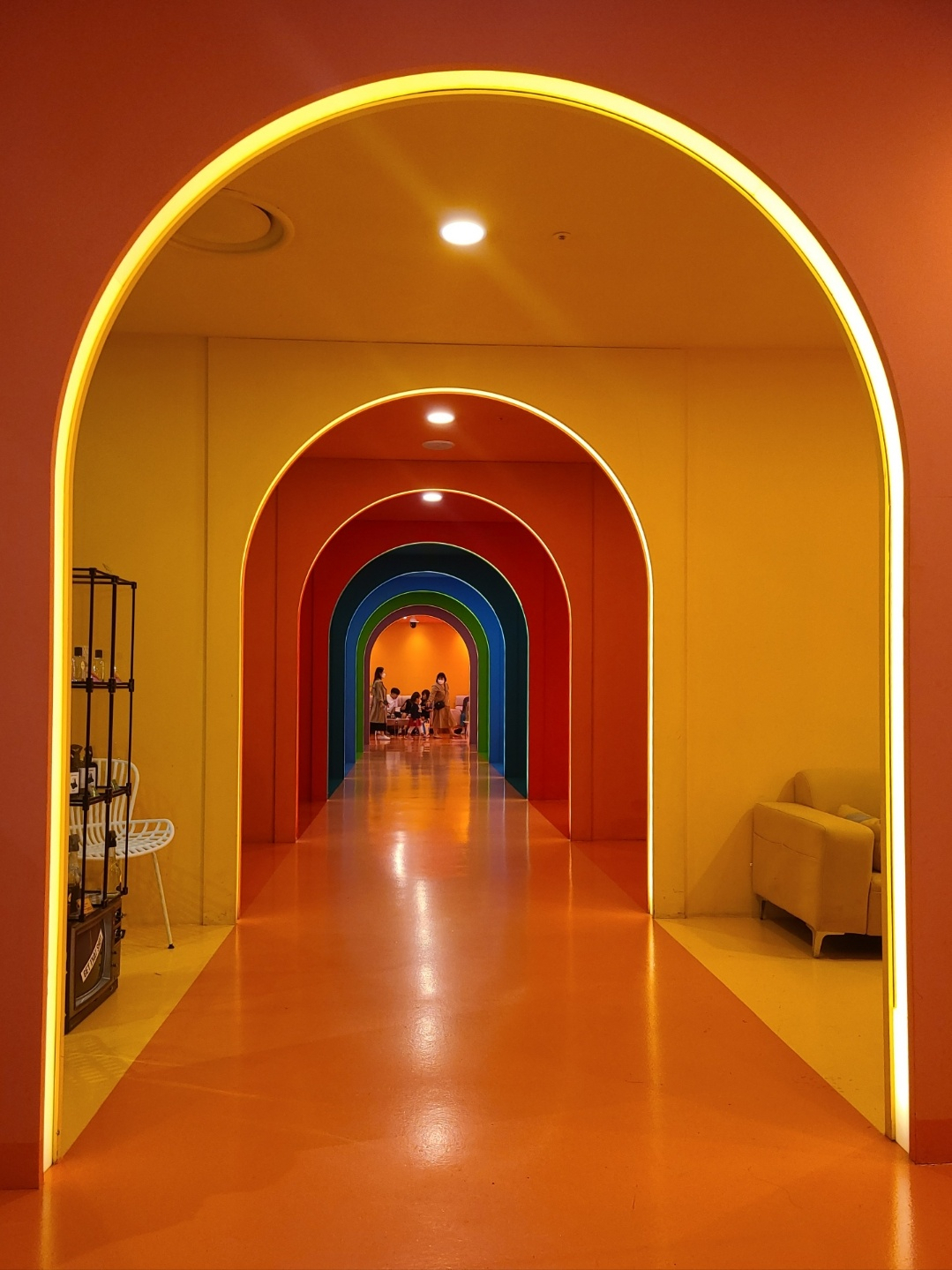 The entrance of Get That Shot cafe, located on the first floor of the Lotte Department Store’s Yeongdeungpo branch in Yeongdeungpo-gu, Seoul. (Song Seung-hyun/The Korea Herald)

If you are a Monbebe, the name of K-pop band Monsta X’s fandom, you might be familiar with the colorful rainbow background in Monsta X member Kihyun's live performance video of his solo song "Voyager" for the “Vocals Only Live” program on YouTube.

Get That Shot, a cafe that is perfect for filming live music content, is a well-known Instagram spot.

From the entrance of the cafe, located on the first floor of the Lotte Department Store’s Yeongdeungpo branch in southwestern Seoul, visitors can take photos with the iconic rainbow in the background. 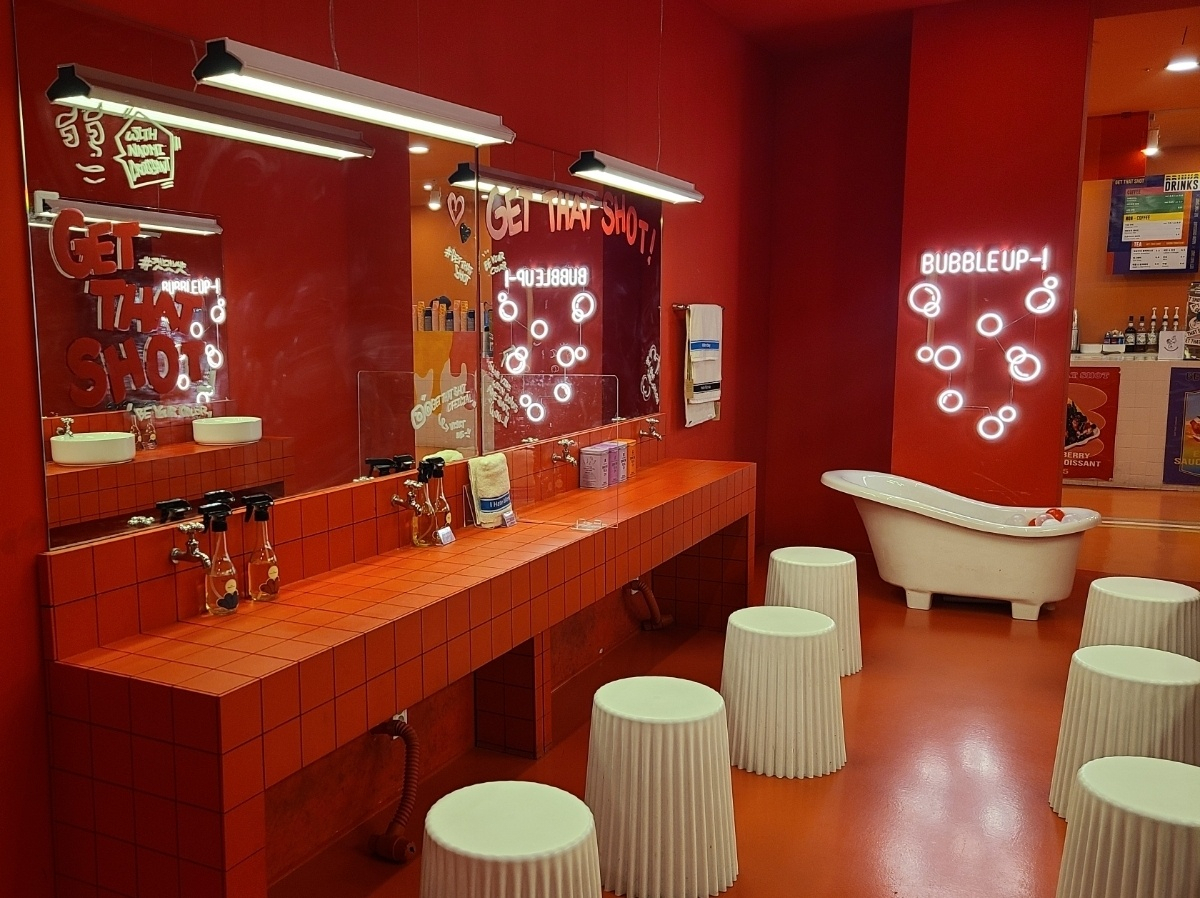 A red section at Get That Shot cafe is decorated like a bathroom. (Song Seung-hyun/The Korea Herald)

The cafe is divided into seven sections in vivid colors that are decorated in the concept of rooms found in a house -- bathroom, laundry room, kitchen, bedroom and so on.

In the room decorated like a bathroom, the tables are shaped like washstands with faucets and mirrors. There is also a bathtub and a toilet here. 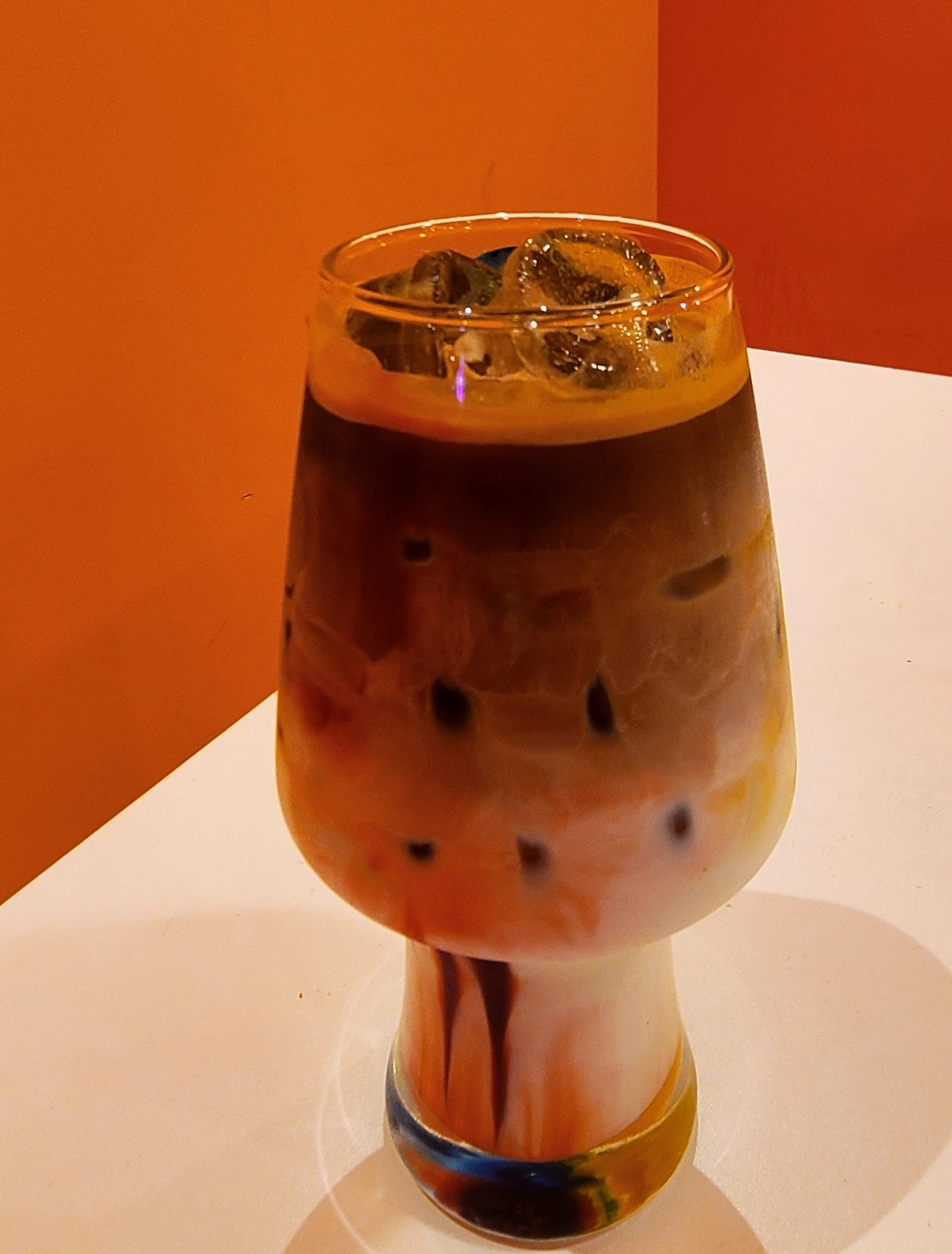 The drink tastes like an ordinary latte, but is made with special syrup that has the color of a rainbow.

The cafe also sells croissants that are filled with creams of different flavors including matcha, strawberry and chocolate.

There is a separate space where rows of dressing tables, comfortable couches and a mini photo machine are stationed.

Also, next to the ordering counter, there is a wall full of colorful and hip posters -- yet another photo zone for visitors.

Opened in September last year, the cafe is specially designed by CIC F&B, a company known for the popular bakery cafe Dirty Trunk in Paju and Lotte Department Store. 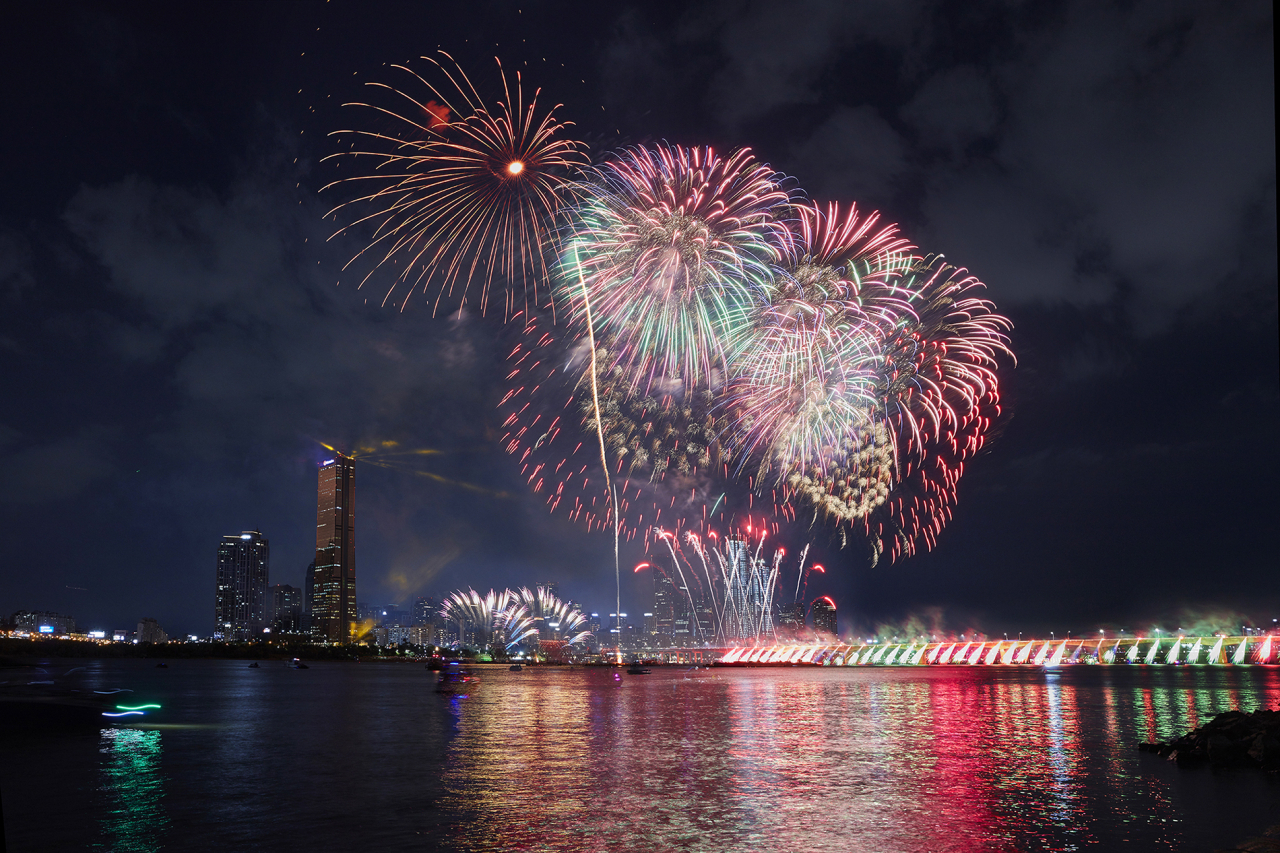 The Seoul International Fireworks Festival will be back after three years, illuminating the Seoul sky this Saturday.

This year, teams from Japan, Italy and Korea will create fireworks magic under the theme of “We Hope Again.”

The festival will start at 7 p.m. with an opening ceremony. From 7:20 p.m., the Japanese and Italian teams will light up the night sky with fireworks for 15 minutes each. The Korean team's show will run for 30 minutes.

Following the 80-minute fireworks show, an after-party of electronic dance music and DJs will take place on the main stage of Yeouido Hangang Park from 8:40 p.m. to 9:30 p.m. 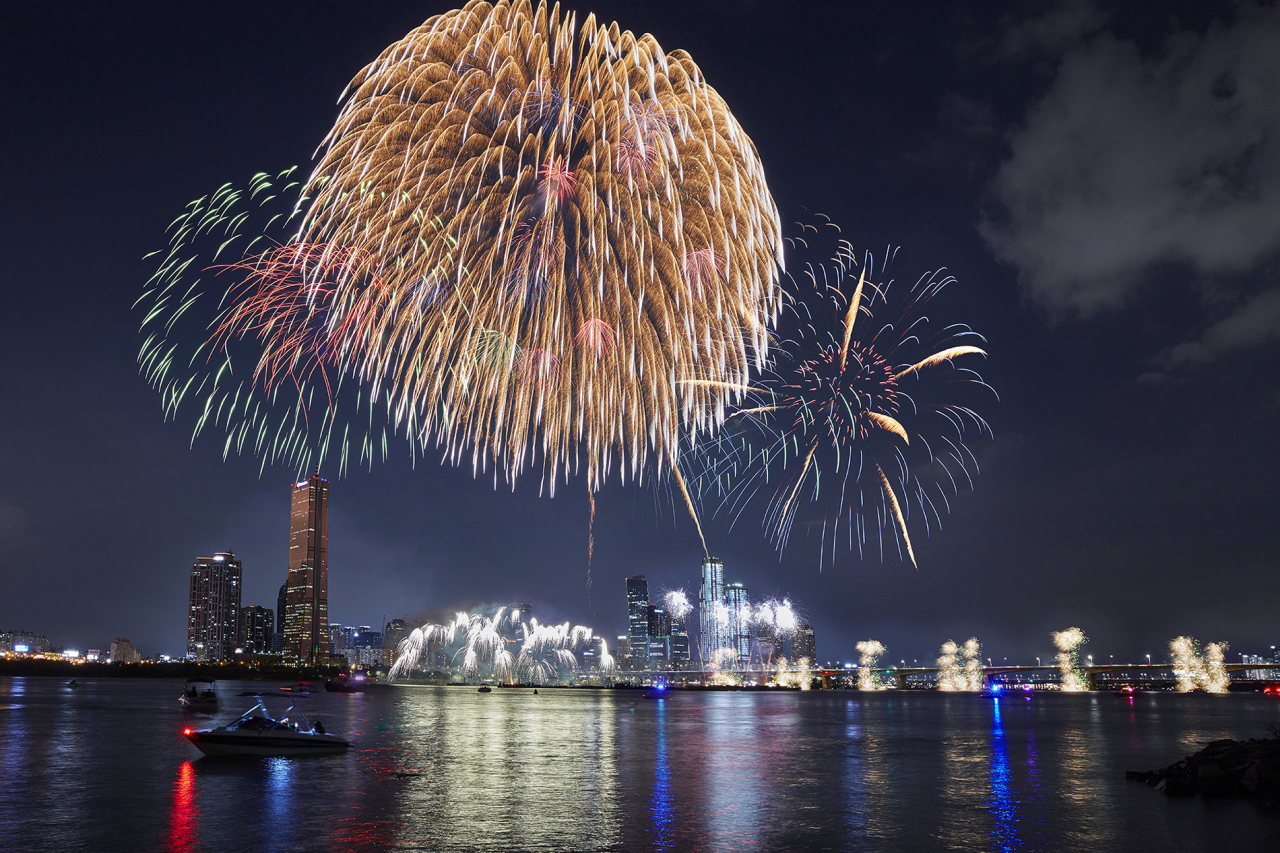 Popular spots to take in the spectacular shows are the Multiplaza at Yeouido Hangang Park and the Ichon Hangang Park. You may want to arrive early to save seats, as competition for them is fierce at these spots.

After a two-year hiatus, the festival is returning on a grand scale. This year, the fireworks will unfold from Hangang Railway Bridge to Mapo Bridge.

Be sure to bring something warm to wear, as the temperature will drop at night.

Check the official website of the festival for a detailed schedule. 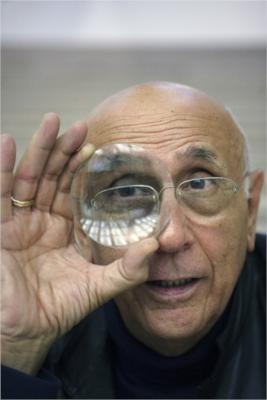 Heavy rain earlier this week signaled that fall is around the corner. South Korea’s fall offers picturesque scenes which you may want to capture.

If just observing the seasonal magic of nature is not enough, visit the first exhibition of 90-year-old Italian photographer Franco Fontana in South Korea.

“Franco Fontana: Life in Color,” which takes place at MyArt Museum offers a chance to see some of the striking elements of nature, as seen through a camera lens. 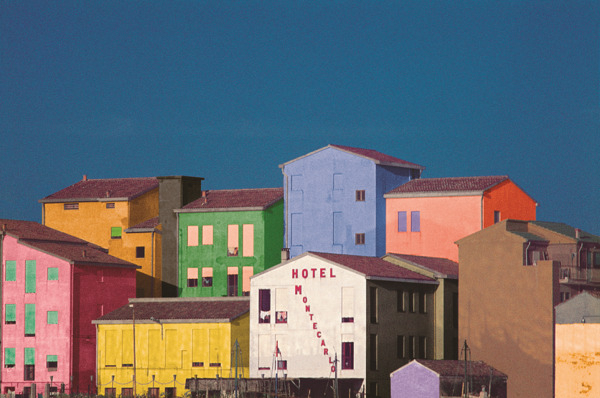 Fontana’s photos offer more than a depiction of nature. The photographer, who believes “photography should not reproduce the visible; it should make the invisible visible,” blurs the boundary between photography and painting and shows moments beneath the visible spectrum.

"Some of Fontana's photos, if they were in black-and-white, are like abstract paintings," the exhibition's docent Chae Bo-mi said. 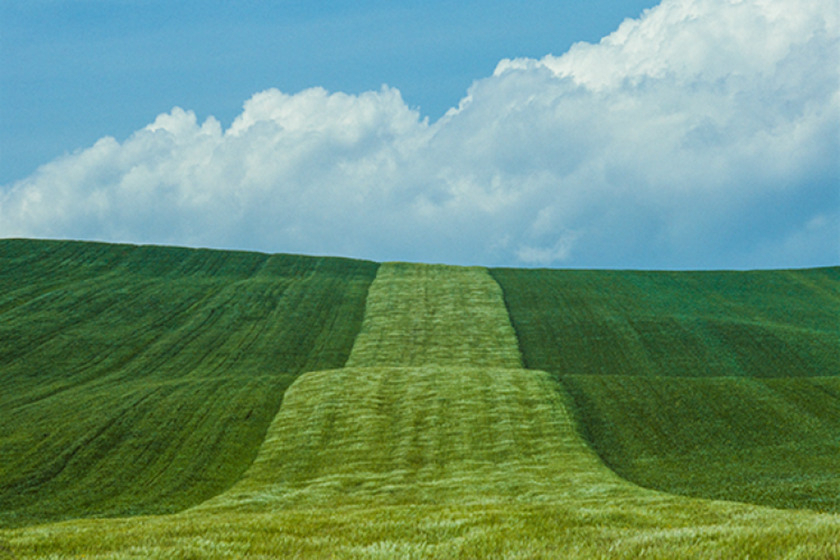 When Fontana, who was born in Italy in 1933, embraced color photography in the 1960s, he was living in a time when fine art photographers usually ventured into the conventions of black-and-white photography.

While he reportedly said that digital photography equipment would have saved him a lot of time and money, according to the docent, his philosophy on the art of photography was, "You have to photograph what you think, not what you see."