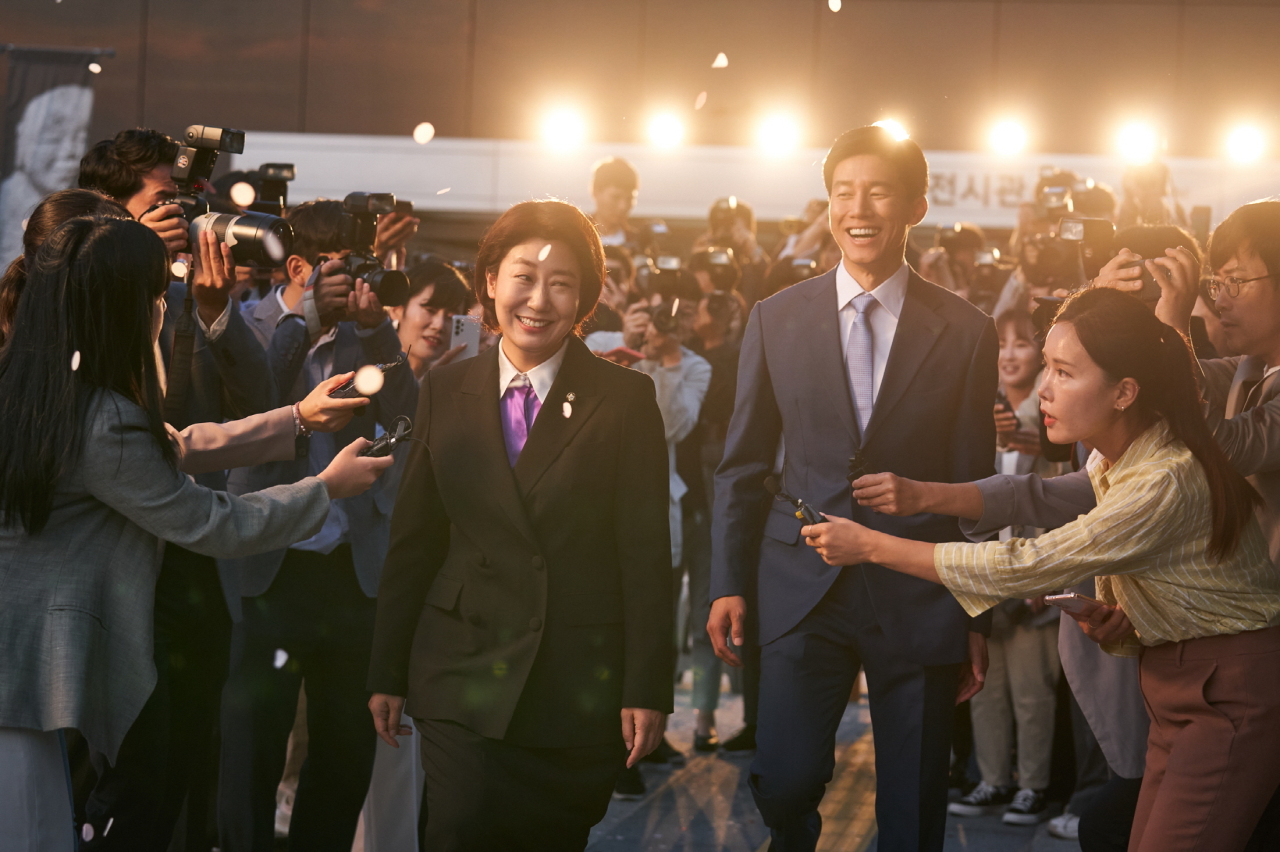 Veteran actor Ra Mi-ran expressed her confidence in reprising the role of politician Joo Sang-sook in the sequel to comedy film “Honest Candidate,” during a press conference at Megabox Coex in Seoul Tuesday.

“I had to play her (Joo Sang-sook) in the movie again. I thought no other actor would be able to play her better. I also felt responsible,” Ra said.

Ra's performance in the first installment won her the best actress award at the 41st Blue Dragon Film Awards in 2021.

In the upcoming sequel -- directed again by Jang Yoo-jung -- Sang-sook is jobless after losing the Seoul mayoral election. One day, she accidentally saves a man out at sea, which leads to her being elected as the governor of Gangwon Province. Then she starts lying again -- like in the first movie -- in order to be reelected as governor. But Sang-sook soon finds out that she is once again unable to lie -- and this time, she’s not the only one suffering from this mysterious affliction. Her assistant Park Hee-chul (played by Kim Mu-yeol) cannot lie either.

Jang talked about the elements from the first movie that she tried to keep and new elements that she added.

“I tried to maintain the broad outline of the film. The protagonists are unable to lie and that causes them a lot of trouble. Eventually, however, they learn lessons from it and try to undo their wrongdoings,” Jang said.

“The biggest difference is that there are two people who cannot lie in the sequel instead of just one. So there is new chemistry between them,” the director explained.

She also added that Sang-sook deals with more relatable issues as a governor in the second movie whereas she focused more on showing a corrupt politician’s life in the first film.

“Her wig became a lot bigger in this movie. The wig shows how she has become even more greedy,” Ra said.

Kim who played assistant Hee-chul said it was somewhat fulfilling to play a character that always tells the truth.

“He babbles out everything that he is thinking. I felt satisfied to perform this character,” Kim said.

When asked whether Ra would be willing to play the same role again in a third film if it gets made, she again displayed her confidence as the queen of comedy films.

“If the director is planning to make the movie without me, she should change the title and the character. Otherwise, I will sue her,” Ra said jokingly.

Toward the end of the press conference, however, Ra, said she, too, felt some pressure as a leading actor in the movies and thanked the fans who made the sequel possible.

“I was surprised to see the positive feedback to the first movie and it gave me a lot of courage. Playing this big role and staying confident was difficult,” Ra said while tearing up.