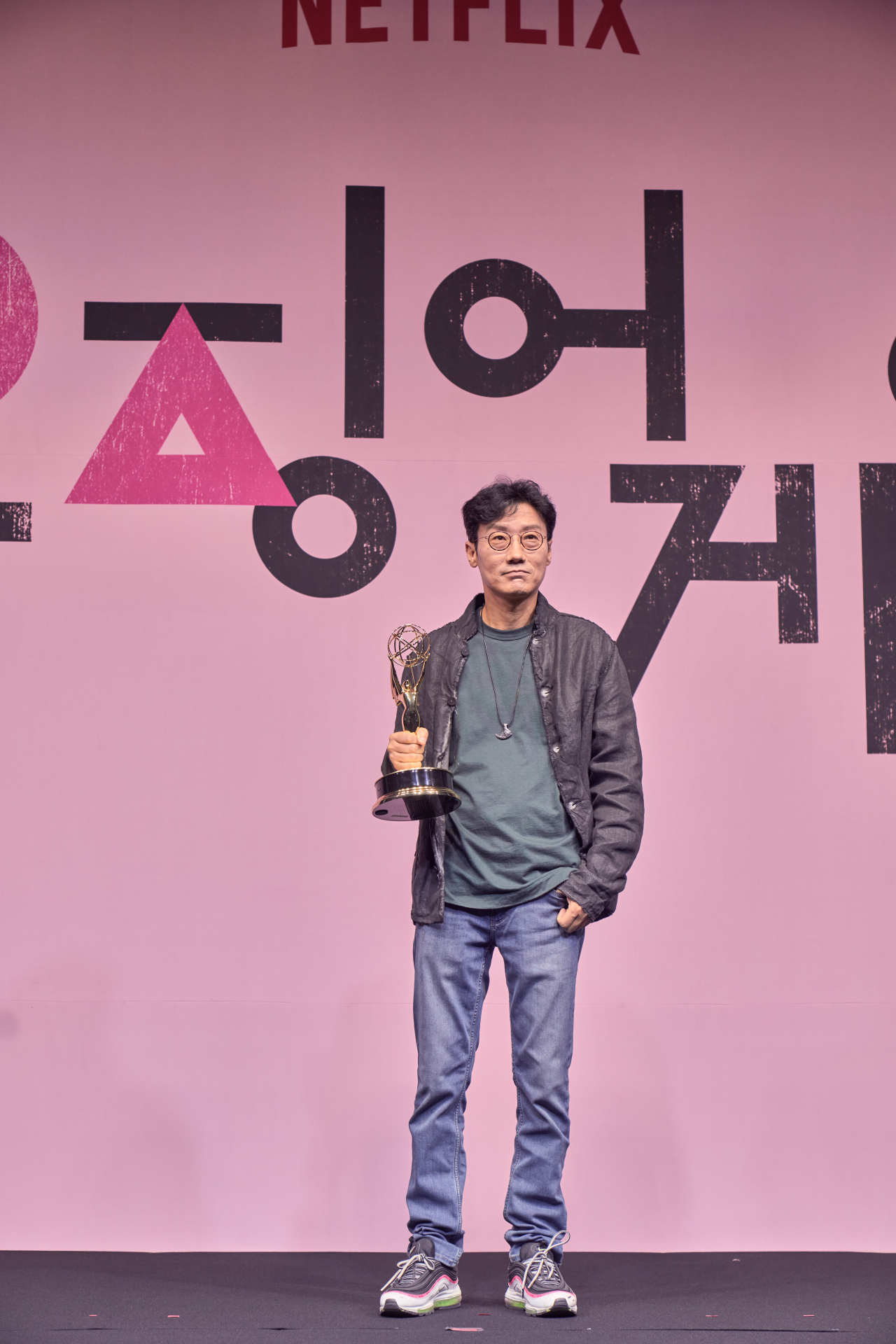 "Squid Game" director Hwang Dong-hyuk poses with his Emmy trophy before a press conference at the Westin Josun Seoul on Friday. (Netflix)

His Emmy trophy for outstanding directing for a drama series in hand, director Hwang Dong-hyuk, the mastermind behind global phenomenon “Squid Game,” on Friday confidently entered a celebratory press conference following the Emmys win at the Westin Josun Seoul.

At this stage, Hwang confirmed that his next project will be nothing other than a second season of “Squid Game.”

“We will film the sequel next year and the series will likely be released in 2024. I am working on the script right now,” Hwang said.

Hwang added that he had considered filming another movie with a working title “K.O Club,” also known as “Killing Old People Club,” but changed his plan to create the sequel of “Squid Game" first.

“If I film ‘Squid Game 2’ after making other films, the time gap between the first and second season will be too wide,” Hwang explained.

“Also, actors including Lee Jung-jae will age too much, so I decided to do this project first,” he joked.

Asked about the games to be played in the sequel, Hwang said it remains confidential.

“I have decided all the games that I will include in the sequel, but I am sorry I cannot disclose them,” Hwang said.

He then asked for the audience’s understanding, as he believes the games are key elements that make the series more entertaining. 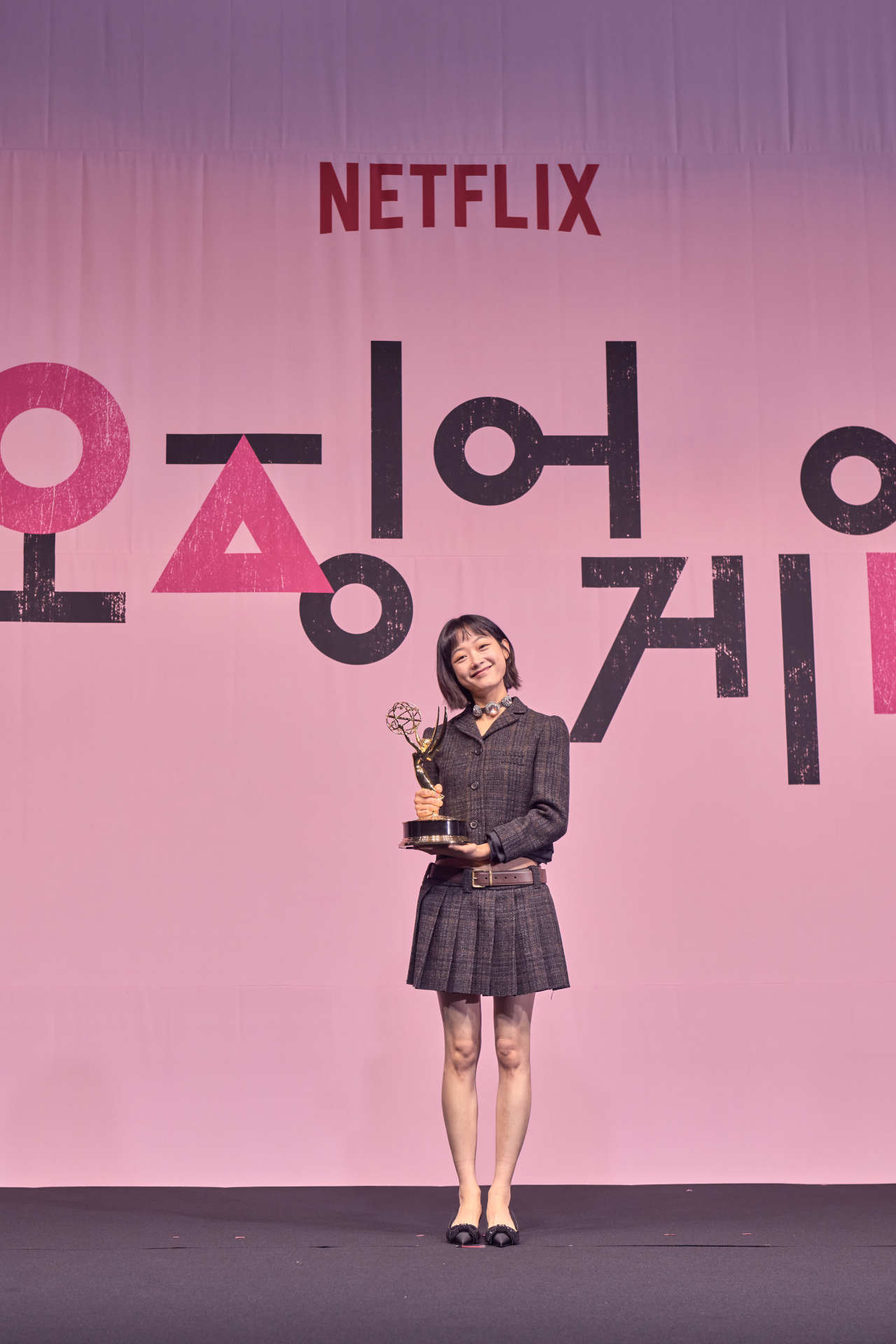 “Following the characters who do not know what games they will play is what makes the series fun. If I tell you that now then it will reduce the fun. So, even if it accidentally slips out of my mouth when we drink or something, please just tell me to keep my mouth shut,” he added.

The director also talked about bringing back some of the characters who died in the first season.

“I really want to bring back Ji-yeong. And her close friend Sae-byeok died, too. I am not sure what I should do yet. So many players that were beloved by the audience all died. I did not know that we would be this successful and killed them without a second thought,” he said.

Asked about the possibility of casting Hollywood actors in the sequel, Hwang said not in the near future.

“I will consider that if we do the third season and the setting changes. But since the sequel will take place in Korea, I do not have plans to cast Hollywood actors,” Hwang replied.

He added that he did joke with staff about asking Leonardo DiCaprio to appear in the show after hearing the Hollywood star was a fan of the series.

“We talked about asking him: 'Will you join the game?'” he recalled.

Before the Primetime Emmy Awards -- in which director Hwang and actor Lee Jung-jae each took home a trophy -- “Squid Game” also won four prizes at the Creative Arts Emmys on Sept. 5. It won outstanding guest actress in a drama series, outstanding special visual effects in a single episode, outstanding production design for a narrative contemporary program and outstanding stunt performance.

Lee Jung-jae, who won the Emmy for outstanding lead actor in a drama series, could not participate in the event in Seoul as he was at the Toronto International Film Festival to premiere his directorial debut feature film, “Hunt.”

Instead, he sent a prerecorded video to deliver his short Emmy Award acceptance speech. The video was presented during the press conference.

“When my name was announced at the Emmys -- it was a short moment -- I could not believe that it was my name that was called,” he said. “Many fellow Korean actors sent me congratulatory messages and as I was replying to them I finally realized what has happened to me.”

Lee added that he hopes many people are excited for the next season.

Rookie actor Lee You-mi, who played Ji-yeong in the Netflix series, also talked about what it was like to win the Emmy for outstanding guest actress in a drama series.

“This award gave me the courage and made me think that there are various roads that I can take as an actor. I became more open to that,” she said.

The director also added that taking home the trophy was meaningful to him.

“Tomorrow is the day that ‘Squid Game’ was released last year. It has been exactly 365 days and during that time I won many trophies and received lots of love. It was a memorable year for me,” Hwang said.

However, not winning the best drama series award at the Emmys was a little disappointing to the director.

“The entire staff and actors can all go up to the stage when you win the best drama series award. I longed for that moment. When they announced the winner, they start saying ‘S-' so I thought they are going to say ‘Squid Game’ but ‘Succession’ won the award to my disappointment,” Hwang said.

The drama series scored 14 nominations, including for best drama series, at this year's Primetime Emmy Awards.

The director also addressed the issue of his series being too violent for young kids during the press conference.

“We should be able to freely make content with violent scenes and I think that is why we rate films,” Hwang said.

He defended the violent scenes he has directed by saying they were necessary, as all of them reflect the violence of the system that exists in the real world, and he hopes the parents who decide to let their kids watch the show can take the time to talk about the scenes with their kids for better understanding. 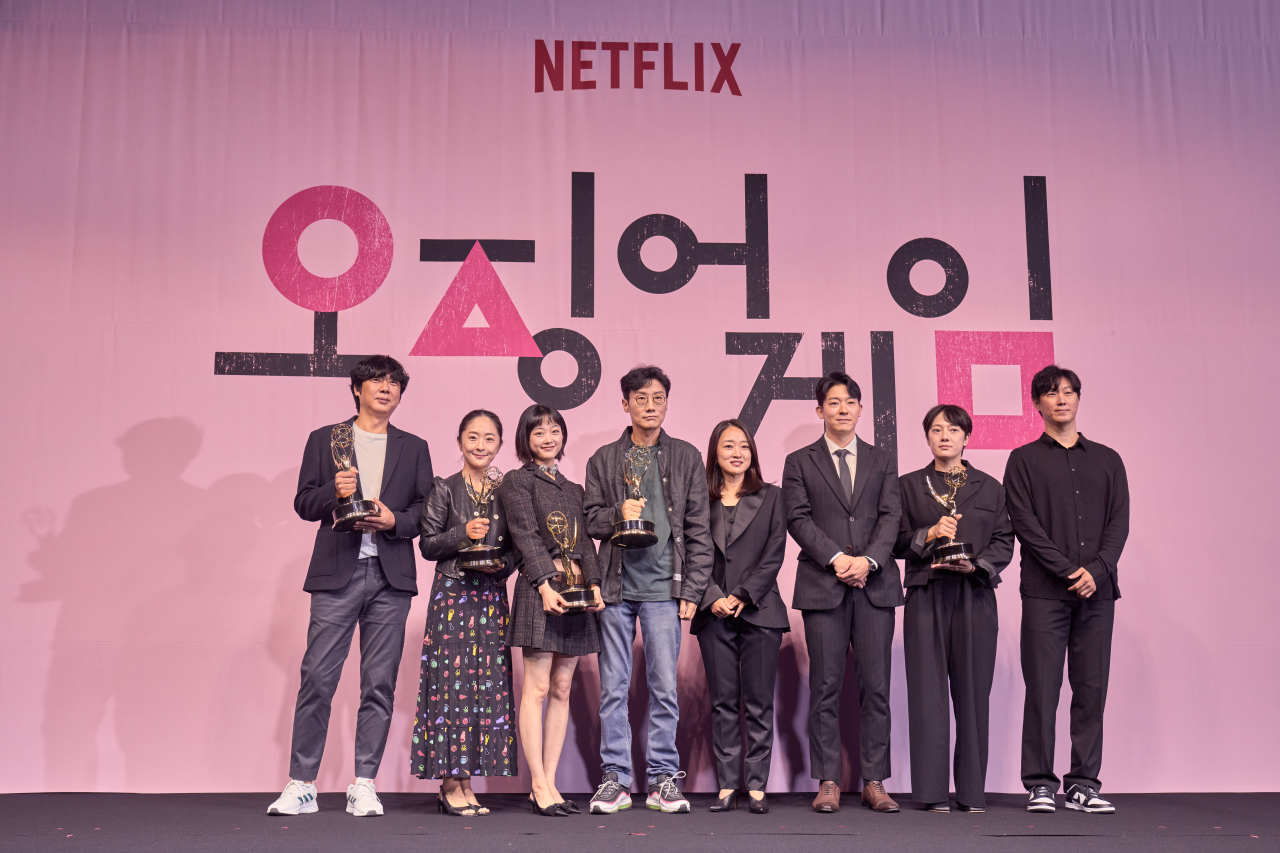