[ The Korea Herald – Send E-mail ]
[Newsmaker] Suriname may take legal action against producers of 'Narco-Saints' over unfair portrayal
Director of South Korean Netflix show says he did not create fictional country as show is based on true events
By Shim Woo-hyun
Published : Sep 15, 2022 - 15:44
Updated : Sep 15, 2022 - 15:48 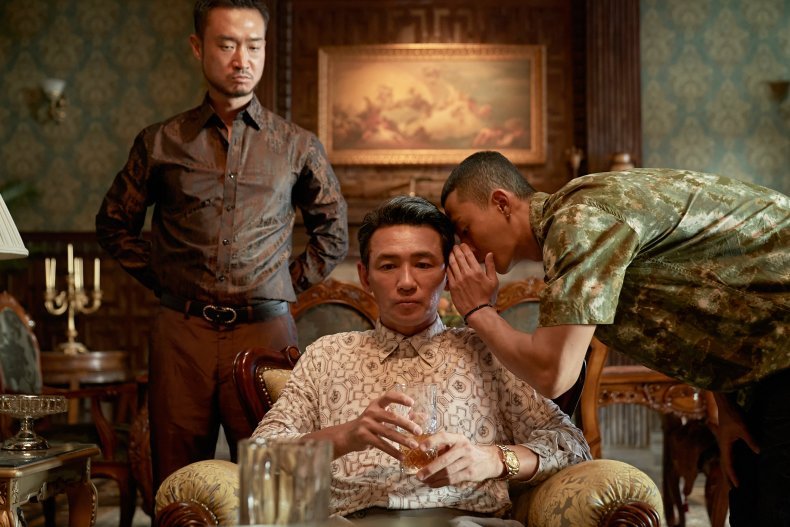 The South Korean Embassy in Venezuela issued an advisory to ensure the safety of South Korean nationals living in Suriname, according to local reports on Thursday.

"Narco-Saints," which is titled "Suriname" in Korean, revolves around a South Korean drug lord operating in Suriname and secret agents who try to capture him. The story is based on real-life events involving Cho Bong-haeng who operated a massive trafficking organization in the South American country between the late 1990s and early 2000s.

The government of Suriname earlier this week strongly protested the show, saying the series portrays the country as a narco state, in a statement released on its official government website, Monday.

The government of Suriname said the country no longer has the image that emerges in the series and no longer participates in the kinds of practices portrayed.

Foreign Minister Albert Ramdin expressed concerns that the recent Netflix series could reinforce a negative image of Suriname, which has suffered damages in recent decades in terms of crime and cross-border activities.

“Whether the practices presented in the documentary are true or false, it's about creating a negative perception. The whole world sees these things, so this is not good and we will pay close attention to that," Ramdin said in a statement released by the government of Suriname.

Ramdin noted the government of Suriname could take legal action against the producers and lodge a diplomatic protest with the South Korean government.

The South Korean government said it had not received any formal statement from Suriname yet, according to an official from the Ministry of Foreign Affairs. The official from the Foreign Ministry also said, “it is doing its best to maintain a friendly relationship with Suriname.”

South Korea and Suriname first established diplomatic relations in 1975. South Korea currently does not have an embassy in Suriname, as the South Korean Embassy in Venezuela operates as its diplomatic channel with the country.

The South Korean Embassy in Venezuela on Tuesday made an announcement concerning the safety of South Korean people living in Suriname in such a case that bilateral tensions escalate further between the two countries.

Meanwhile, Yoon Jong-bin, the director of "Narco-Saints,” on Thursday refused to comment on the issue when he was asked about his thoughts on the government of Suriname’s take on the series.

Yoon also answered that he did not feel the need to create a fictional country because the story is based on true events, to a question asking why he had chosen an actual country for the story’s setting.

An official from Netflix’ South Korean office said no announcement was to be made relating to the issue at the moment.