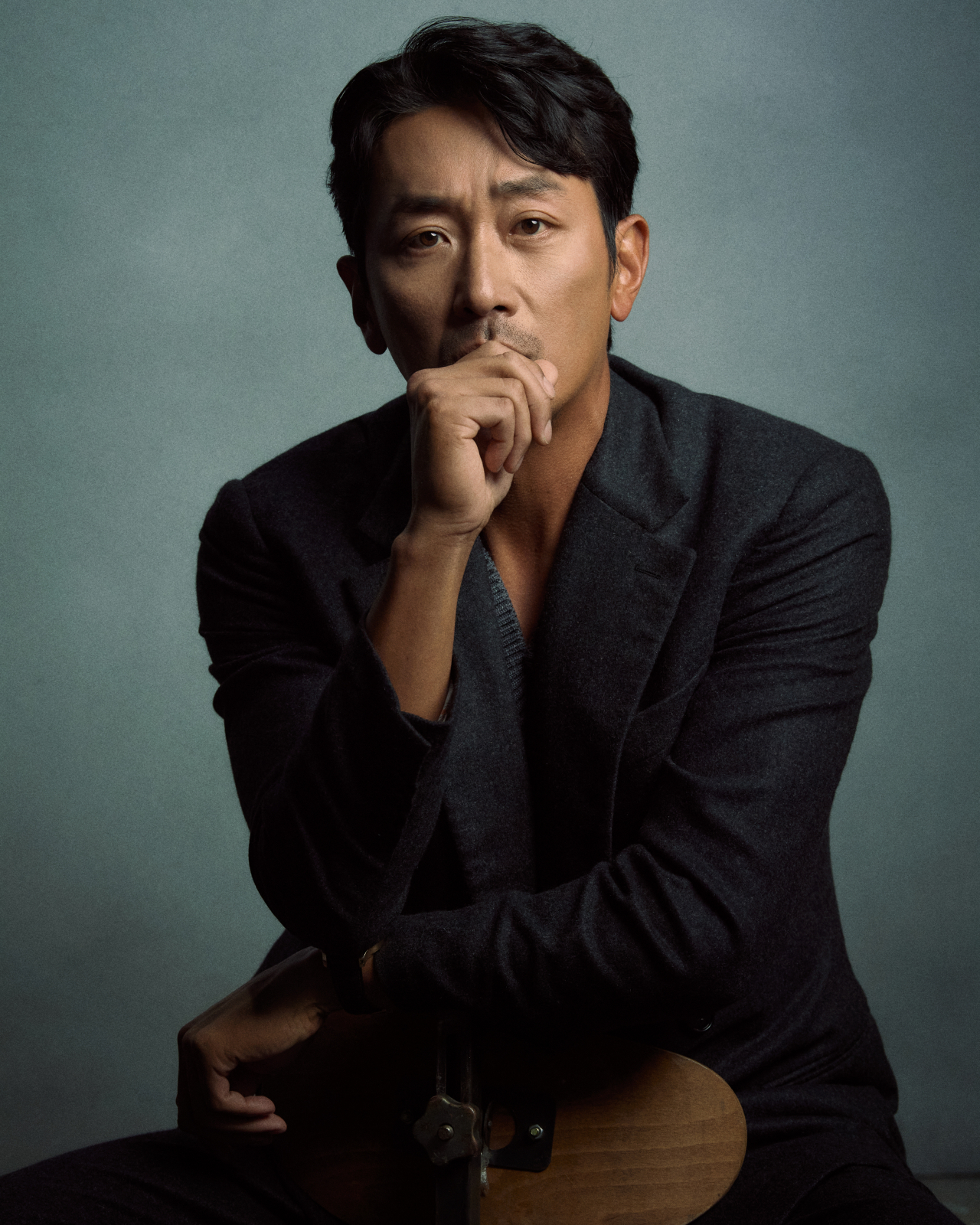 After meeting with a group of local reporters at a cafe in Samcheong-dong, central Seoul, actor Ha Jung-woo, 44, wished to deliver an apology for violating the Narcotics Control Act and his illegal use of propofol in 2019.

Though the court decided Ha does not seem to have a dependence on the drug or have visited the local hospital only to receive propofol injections, it said in a ruling in September 2021 that the actor colluded with his doctor to fabricate his medical records to cover up illicit drug use.

“I felt that I only had one option at the moment. And that was to listen to the criticisms and read the news about my actions. I thought it was not the right time to make an explanation,” Ha said before the interview on Tuesday.

“I was fully responsible for my misbehavior. I spent a lot of time reflecting on myself and felt that I had a loose standard for my actions. I sincerely apologize to the many people who have been disappointed. I will focus all my attention on my work and develop as an actor,” Ha added.

The actor then shared a mixed bag of emotions on viewers’ opinions and thoughts about his latest series now streaming on Netflix, “Narco-Saints.”

“I was, of course, grateful for various feedback and criticism. But I was a little upset when viewers perceived my acting completely different from the original intention,” the 44-year-old actor said.

Ha explained that his character Kang In-gu is someone who tries to remain calm and deceive others with a relaxed composure. But he recognized that many people felt unsatisfied by Kang for dropping the tension in the series.

When asked about performing in English, Ha said that getting used to the English lines took him several months.

“I already had the experience to act in English in an action film ‘Take Point’ (2018), so it was not new. Though Kang did not have a proper English education, he naturally learned English by working in a car shop near the US military base in South Korea,” Ha told The Korea Herald.

The actor added that director Yoon Jong-bin did not want Kang’s English to be sophisticated. He said if anyone could understand what Kang was saying, that was more than enough.

“But English is not my first language, so finding the appropriate tone, pronunciation and ways to let the foreign language be absorbed in my acting was very challenging,” the actor said, hoping both local and global viewers were comfortable with his performance in “Narco-Saints.” 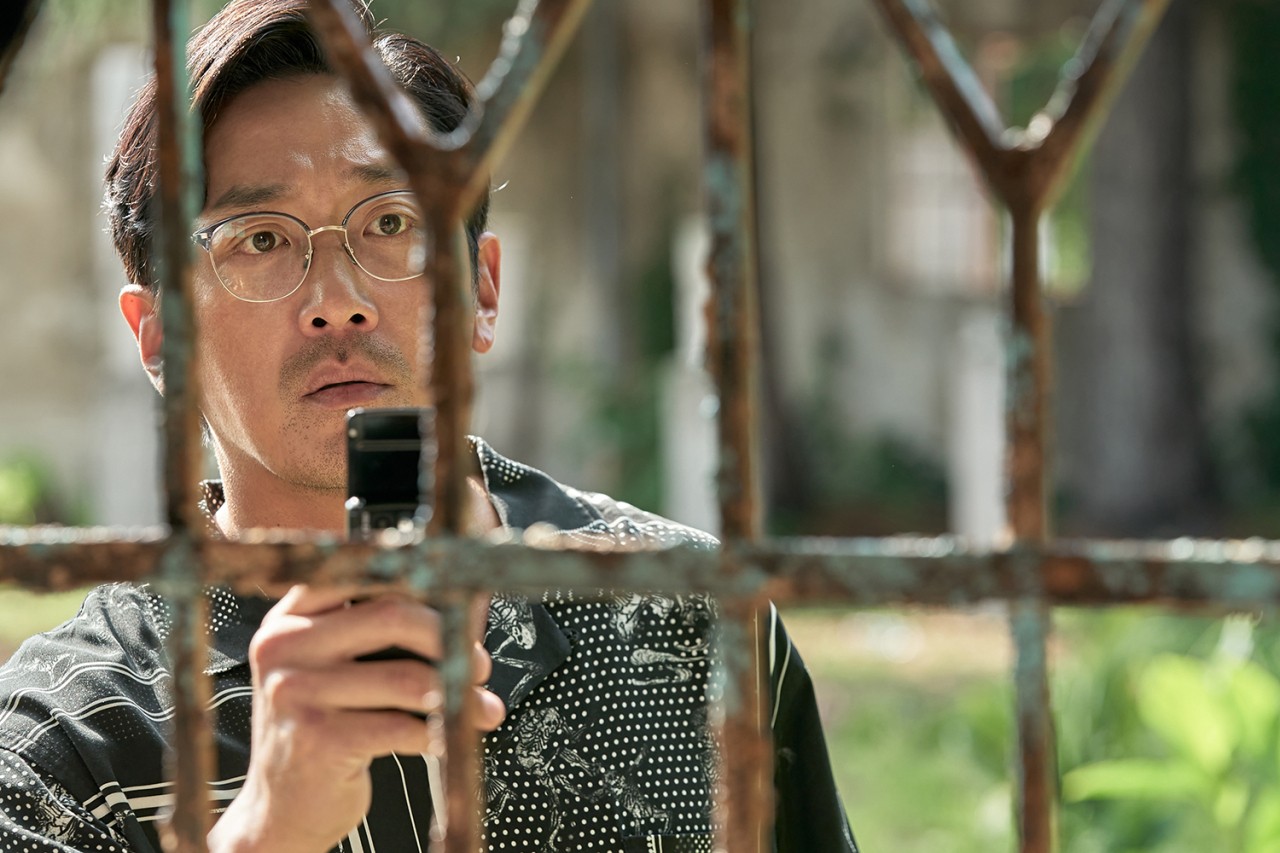 Ha Jung-woo plays Kang In-gu, a middle-aged businessman who unexpectedly gets involved in the drug business in "Narco-Saints." (Netflix)

Ha also shared his experience of meeting the real Kang In-gu. The series is based on the true story of South Korean drug lord Cho Bong-haeng, who smuggled cocaine from South America to Europe using Koreans as carriers.

“I only met him once, but I understood the reason Pastor Jeon (the character based on Cho Bong-haeng) would trust this man (Kang). He was a man with a strong body as well. He lives an ordinary life in Korea,” Ha said.

Though he was satisfied with the six-part series, Ha felt that presenting more of Kang’s active role in the gang might have been useful to convince viewers of Pastor Jeon’s trust and belief in Kang.

“I also wanted Kang to receive the appropriate reward for his dedication,” Ha added.

The six-part crime series ranked third as of Wednesday on the global Netflix chart, according to US-based streaming analytics firm FlixPatrol.