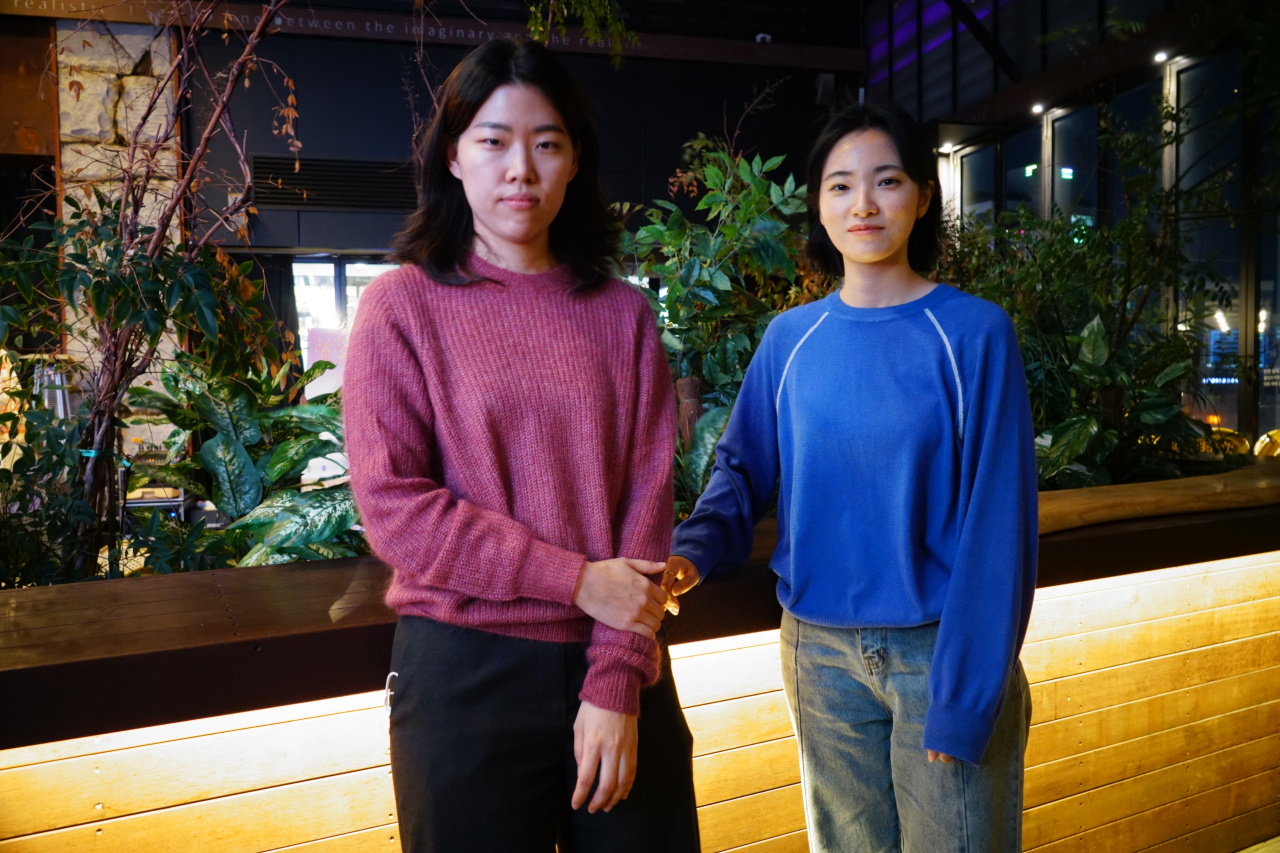 Although two rookie directors of “Kim Min-young of the Report Card,” Lee Jae-eun and Lim Ji-sun, have won many awards at film festivals, including the grand prize in the Korean competition category at the 22nd Jeonju International Film Festival, they are very nervous about the film being released.

“One thing we worry about is that at film festivals moviegoers who love independent films watched our movie. So we think that the feedback was a bit nicer. We worry that we will face harsher and more realistic responses when the film is released,” Lim said during an interview with The Korea Herald on Friday.

Co-directed by Lee and Lim, the film is a tale of friendship between a girl named Jeong-hee (Kim Joo-ah) and her two best friends -- Min-young (Yoon Ah-jung) and Soosanna (Son Da-hyun). The three girls each choose different paths after graduating high school and these choices lead their friendship to slowly fall apart.

Surprisingly, both directors only had experience creating a short film that was shot over a day at a workshop for beginner filmmakers before creating this movie together.

The co-directors met at the workshop and teamed up for the project, which was initially planned as a short film, but later developed into a movie.

Their inexperience became an advantage as they found their own way to create the movie, the directors said.

The most notable difference in how they worked was that they created photo storyboards.

“We did not draw storyboards (like other directors), instead we used photos. We each became our two characters in the movie -- Jung-hee and Min-young -- and took photos of most of the scenes that we were going to film,” Lee said.

Lee explained that through this process they came up with new ideas and realistic details that they could not think of when writing the script.

The idea of Min-young using a sit-up equipment as a floor chair, a detail that helps audiences believe that the characters are actually in a house where a university student lives alone, was also inspired through the use of photo storyboards.

“When we were creating photo storyboards, we naturally found ourselves using it as a chair and included it in the movie,” Lim added.

The directors said that they came up with this unique way of directing because of the time constraint. 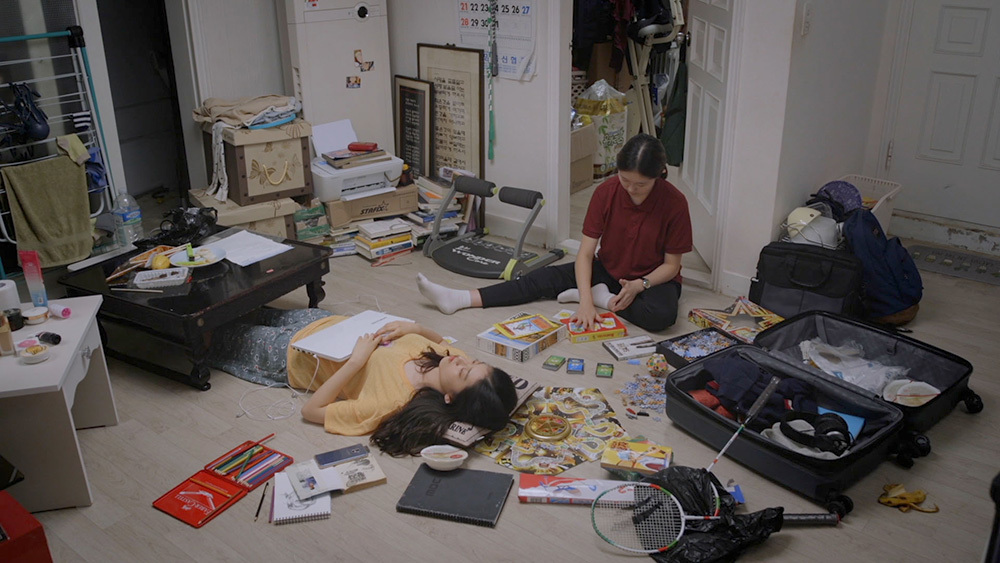 “As far as we know directors usually draw storyboards and use that as a guideline. On the set, they then check the detailed movement and angle,” Lim said. “But we did not have the time to do all that, so we had to find a way to start shooting right away. When we take a photo of the scenes, it becomes a perfect guide for us because it shows exactly how we should film the scenes.”

The two directors also made sure that they were on the same page.

“From little props to all the scenes in the movie, we made sure that we both like them. If one of us was not satisfied, we shot that scene again.”

Lee, who wrote a short film script that would later be developed into the feature film, said she decided to write this story because she wanted to do a movie about a girl who bravely faces her disappointment with her friends.

“I get disappointed when I realize that I like my friends more than they do. I am not a high school or middle school student anymore and I sometimes feel like I should hide the way I feel,” Lee said. “But Jeong-hee is different. She creates a friendship report card and expresses her disappointment and I think that is very brave. I wanted to share that bravery with the audiences.”

“Kim Min-young of the Report Card” will hit local theaters on Wednesday.