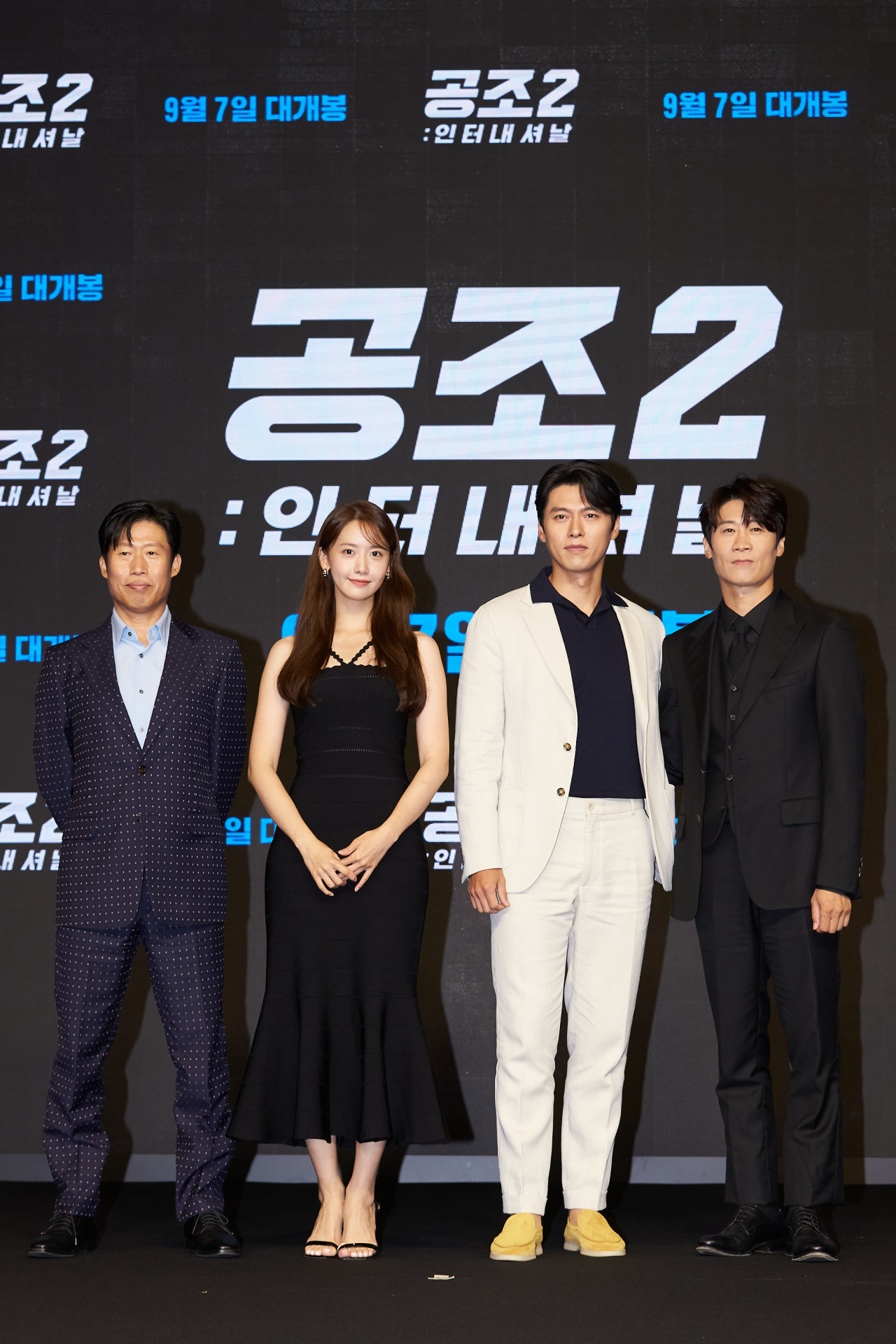 When Hyun Bin reprised his role as North Korean detective Im Chul-ryung in the second installment of the action film “Confidential Assignment,” the top Korean actor initially thought that there wasn’t much he needed to prepare.

“I thought I could simply perform in the same way that I did in the original movie. But this thought changed soon after I found out that everything from comedy to action elements had been upgraded in the new movie,” the actor said during a press conference at Conrad Seoul in Yeouido, Seoul, on Tuesday.

“I thought about the possible changes I could make to the new character and came up with an answer,” he added. “Since it is Chul-ryung’s second visit to South Korea, I decided to show his familiarity with the environment and also Jin-tae (Yoo Hae-jin) as well as Jin-tae’s family. Moreover, while Chul-ryung was focused on revenge for his dead wife in the previous film, he shows a more relaxed and bright side in the sequel,” Hyun Bin said.

“People say that sequels are worse than the original films. I think it is because they rely too much on the success of the original film and merely repeat showing the same character. Our movie features what audiences expect but it also includes new, unexpected elements,” the director said after introducing the plot of the new film.

Korean girl band SNSD’s Yoona, who also reprised her role as Jin-tae’s sister-in-law Min-young, also talked about the changes to her character.

“Now she (Min-young) has a job. In the first movie, she was an outsider in the family because she did not have a job, and in the new movie she has become a YouTuber. Another change is that she used to have a crush on Chul-ryung but in the sequel, she falls for the new character Jack. She fantasizes about choosing between the two,” Yoona explained.

Henney, who joined Tuesday’s presser via video link from the US, spoke about what it was like to work with the three other co-stars.

“I have been a fan of Yoo Hae-jin for a long time so I was honored to work with him. We talked a lot on set about various topics, including fishing. And I first met Yoona back in 2007 when I was filming ‘My Father’ and I’ve always been her fan. I am very impressed by her transition from singing to acting,” Henney said.

He also added that he clicked immediately with Hyun Bin on set -- they had worked together 17 years ago on the 2005 TV drama series “My Lovely Sam Soon.”

Hyun Bin responded saying, “I think we got an opportunity to work together again because we have been working hard on our own career paths. It was so nice to meet him again on set.”