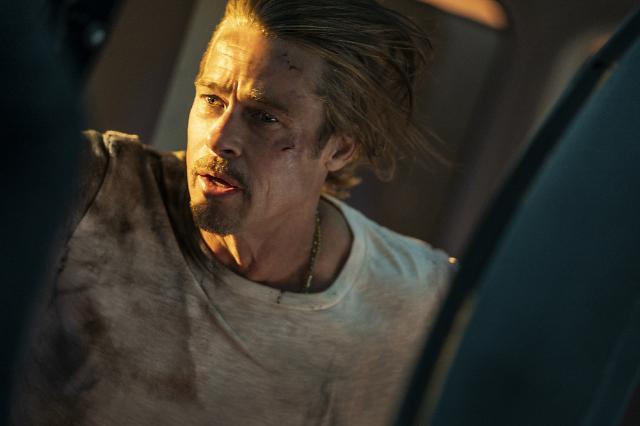 Hollywood star Brad Pitt will visit Korea for the first time in eight years to promote his new film “Bullet Train” on Aug. 19.

Along with Pitt, actor Aaron Taylor-Johnson will also be in Korea before the release of the film here on Aug. 24. Taylor-Johnson is widely known to Korean fans for his appearance in hit films including “Tenet” and “The King‘s Man.”

The two actors will participate in a number of promotional events including a red carpet which is set to take place on Aug. 19, according “Bullet Train” distributor Sony Pictures.

For Taylor-Johnson, this will be his first visit to the country.

“Bullet Train” was created based on the Japanese novel “Maria Beetle” written by Kotaro Isaka. Brad Pitt played Ladybug, an unlucky assassin who is on a mission to collect a briefcase on a bullet train heading from Tokyo to Kyoto in Japan. Ladybug gets on a fast-moving bullet train and finds out there are other assassins onboard. The assassins all realize that they have the same mission.

Taylor-Johnson played Tangerine, a British assassin in the movie.