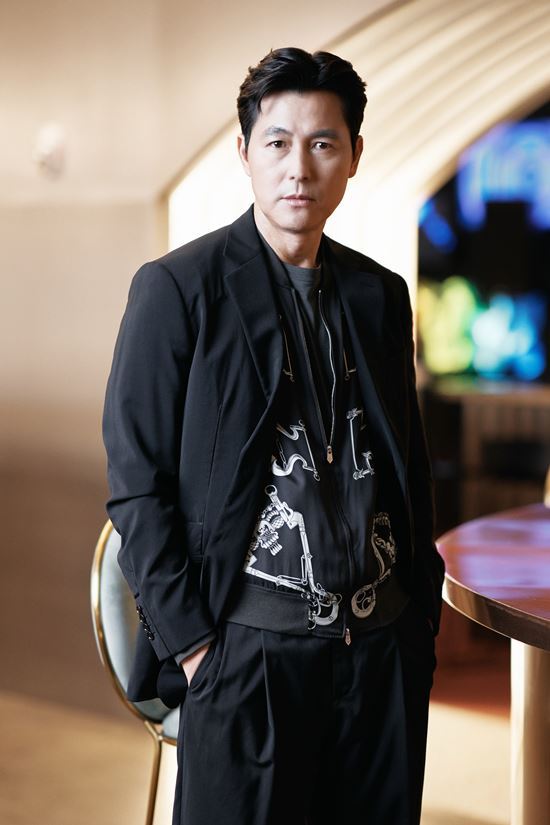 The top actors became close friends while working together in the movie “City of the Rising Sun,” directed by Kim Sung-soo in 1999. Their fans have taken to calling the two the “Cheongdam couple,” as they are often spotted hanging out together at bars and restaurants in the Cheongdam-dong neighborhood in Seoul.

“We kept on reminding ourselves that this project should not be something that is meaningful only to us. We did not want people to say ‘they had their fun’ when the film was released,” Jung said during an interview with a group of local reporters at a cafe in Samcheong-dong, central Seoul, on Wednesday. “It was almost like our mission.”

In “Hunt,” which is set in the 1980s, Jung played an elite South Korean agent with the Agency for National Security Planning named Kim Jung-do. The agent starts to suspect that his colleague, Park Pyung-ho (played by Lee), is a North Korean spy. But Kim is not the only who is distrustful; Park is also suspicious of Kim.

Although Jung is a 28-year veteran actor, he was nevertheless anxious about the audience’s response.

Asked about what he thought about the good reviews from the local media since the press screening on July 27, Jung started his answer with a shy laugh. 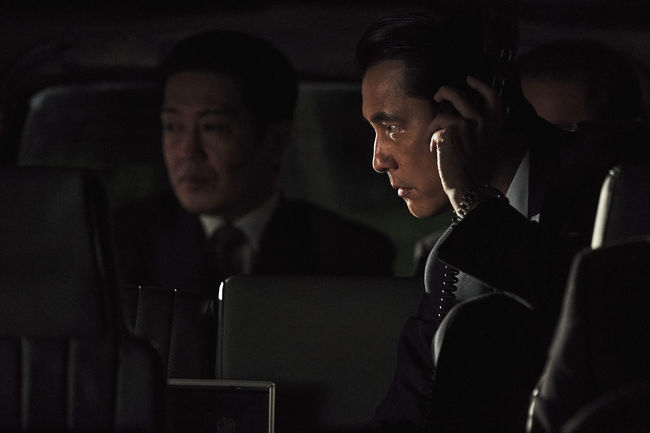 He further explained that he thought the tension and chemistry between his and Lee’s characters to be the most important.

“I guess these efforts that I have put in are perceived positively by the audience,” he said, fidgeting with a napkin in his hands.

Jung’s own directorial debut film, “A Man of Reason,” and Lee’s “Hunt” were both invited to this year’s Toronto International Film Festival, which will run from Sept. 8 to 18.

“‘A Man of Reason’ has not been released yet. I am glad that we are going to Toronto together,” he said.

Jung, who finished filming his movie in 2020, said he was never jealous of Lee for having his directorial debut film released before his.

“I am a friend and colleague who was there right beside him throughout the process. I do not feel jealous at all because I was part of the process,” he said in response to the reporter’s question.

Jung also added that he tried to be there for Lee during the filming, which wrapped up last year.

“I thought the right thing to do was to stand by him and be there for him so that he could lean on me when he was having a hard time.”

During the interview, Jung also joked about why he declined the role three times before accepting it on the fourth time.

“Let’s just say that it was my plan to make him (Lee) take the role for ‘Squid Game.’ If I had accepted on the third offer, he would not have played Seong Gi-hun in ‘Squid Game,’” he said jokingly.