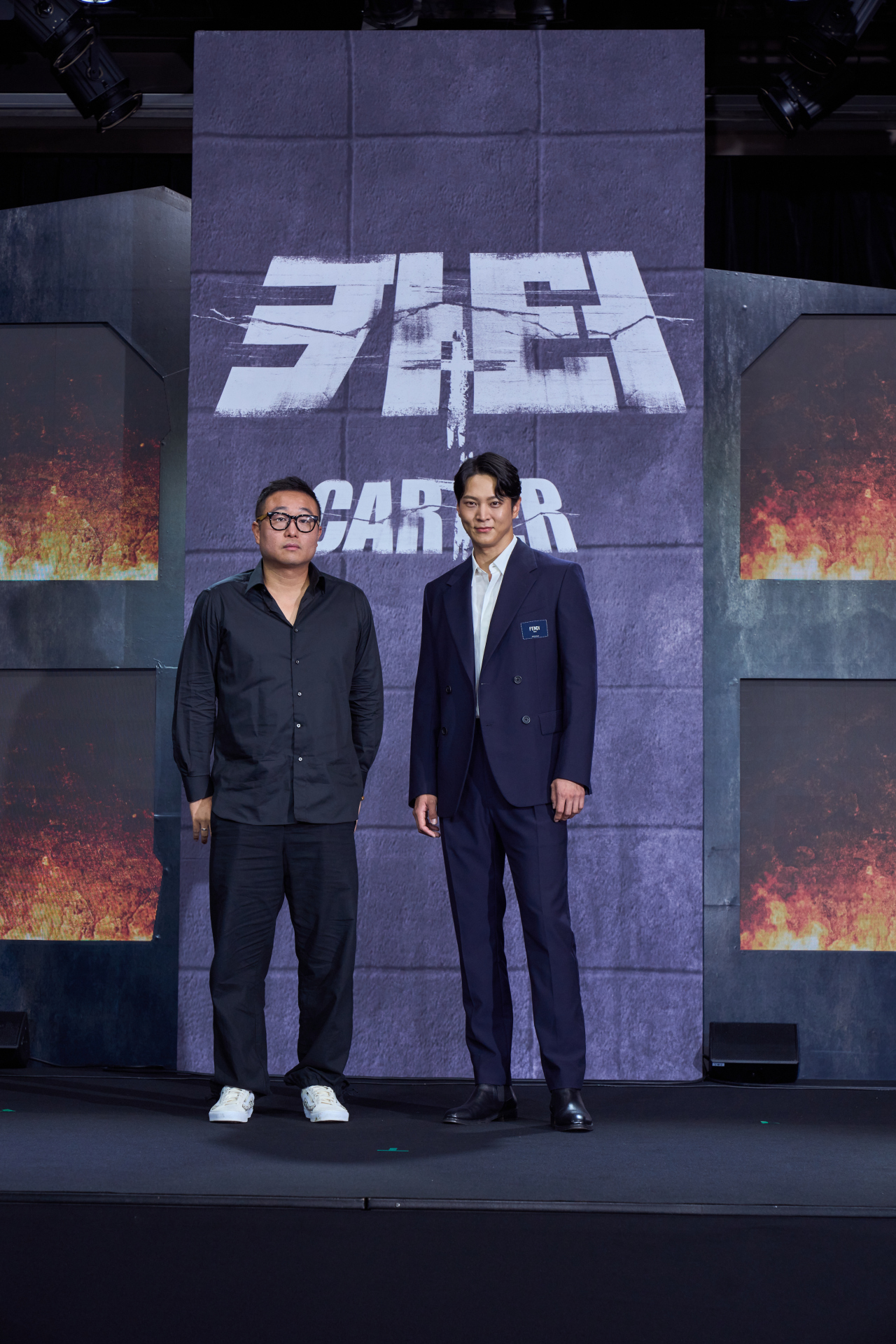 “I can confidently say that ‘Carter’ is a new kind of action film. I hope that through this film, we can spread Korean action films to the world,” the actor said during a press conference held at JW Marriott Dongdaemun Square Seoul on Tuesday.

“When I first read the script, I thought, ‘Is it possible to film these scenes?’ but also really wanted to try it. I thought if it works out it would become a milestone in my career,” Joo Won added.

The Korean actor said action scenes take up almost the entire movie, taking place on all different forms of transportation -- cars, motorcycles, helicopters, trains and airplanes -- which is unusual for a Korean action film. The director also added that the movie was shot to look like it was done in a single take and in order to achieve this, many of the scenes were actually filmed in one continuous shoot.

“The movie is around two hours long and most of it consists of action scenes. So I had to memorize an almost two-hour-long action sequence. I spent a lot of time practicing,” Joo Won said.

Jung, the director, said if there were any mistakes in any scenes, they would have to redo the scene from the beginning.

“It took a lot of time and effort,” the director added.

The new Netflix film introduces Korean American CIA agent Carter (played by Joo Won) who wakes up one day without any memories. He does not even remember who he is. The only thing he can rely on is an anonymous voice, which gives him a series of missions as a mysterious virus spreads from the Demilitarized Zone.

“(In the movie) there is a kid who is a human vaccine. He (Carter) has to rescue the kid. He is not sure if he is doing the right thing or not, but the voice is the only thing that he can rely on so he does it,” Joo Won said.

To become Carter, the 34-year-old actor said he gained 7 kilograms, shaved his hair and also got temporary tattoos.

“I changed my appearance a lot. So after the shooting was over, it was especially hard for me to get out of the character,” he said.

Jung said he was satisfied with the changes Joo Won went through for the film.

“He had a pretty boy image before so we talked about changing that,” Jung said.

During the press conference, the actor also touched on the difficulties he faced while filming the new Netflix film.

“Everything was difficult but the most difficult one was the first action scene where I had to fight almost naked in the public bathhouse,” Joo Won said.

“The first scene is actually the main scene that I wrote for another movie, but I decided to use it for ‘Carter,’” Jung said.

According to the director, the most difficult scene for him was the skydiving action scene.

“I thought that we should film while actually skydiving. It is not very long in the film but we spent around 10 days just on the skydiving scene. When falling, we have only 30-40 seconds to film each time,” he said.

While filming such difficult action sequences, Jung said he had also learned to expect the unexpected.

“Carter” will be available on Netflix from Friday.