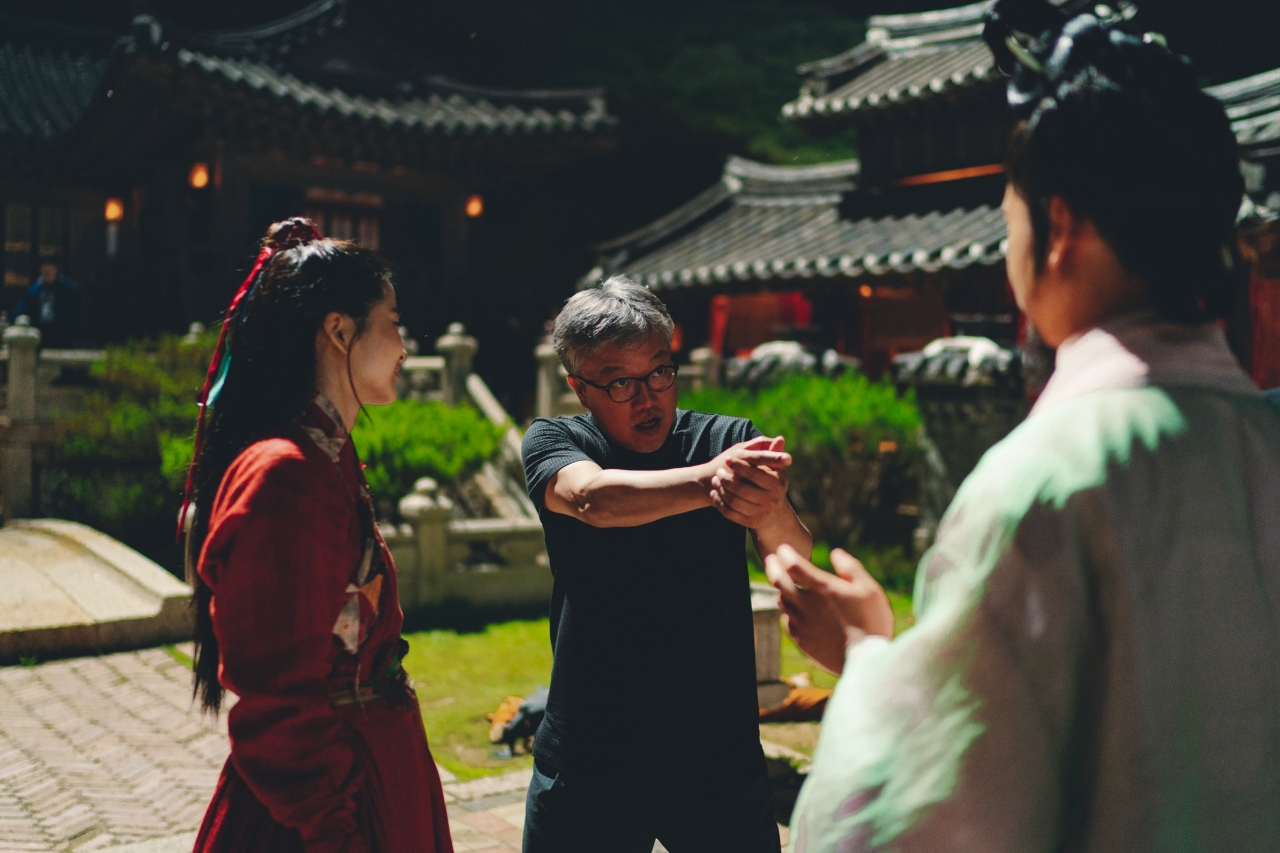 From his debut feature “The Big Swindle” (2004) to his most recent megahit film “Assassination” (2015), which attracted over 10 million viewers, there is not a single movie out of the six directed by Choi Dong-hoon that has failed to appeal to Korean audiences.

The 51-year-old director’s other crime film “The Thieves” also broke the 10-million mark when it was released in 2012.

Many people might assume that the word “failure” is simply not part of director Choi’s vocabulary. However, Choi said that he, too, is under pressure to create another box office hit like any other commercial film director, especially since the net production cost of his upcoming film “Alienoid” was 33 billion won ($25 million). This means the movie has to sell over 7 million tickets to break even.

“I am well aware that just because my previous works were hits, it doesn’t mean that my upcoming movie will also be a success,” Choi said during an interview with a group of local reporters via Zoom on Friday.

A previous project’s success is an honorable prize, but also a ball and chain to directors, he added.

Although he often talked about his worries about success during hoesik, or after-work dinners, he noted that these concerns were not on his mind when actually creating the film.

Instead, during the production process, he focused on making appealing characters and how to effectively present them to the audience. Also, he made sure that he felt satisfied.

“When writing the script, I kept on asking myself: do I want to watch this movie? Am I really having fun writing this? I don’t write anything that I don’t like. It is my priority,” he said.

Choi’s new movie uses his wild imagination. It begins in the present, when the main characters encounter an alien ship. They then travel back in time to the year 1390 during the late Goryeo period (918-1392) where unique magicians known as “dosa” live.

When using his imagination to create a film, Choi said he has his own rules for creating a motion picture that is not too absurd. 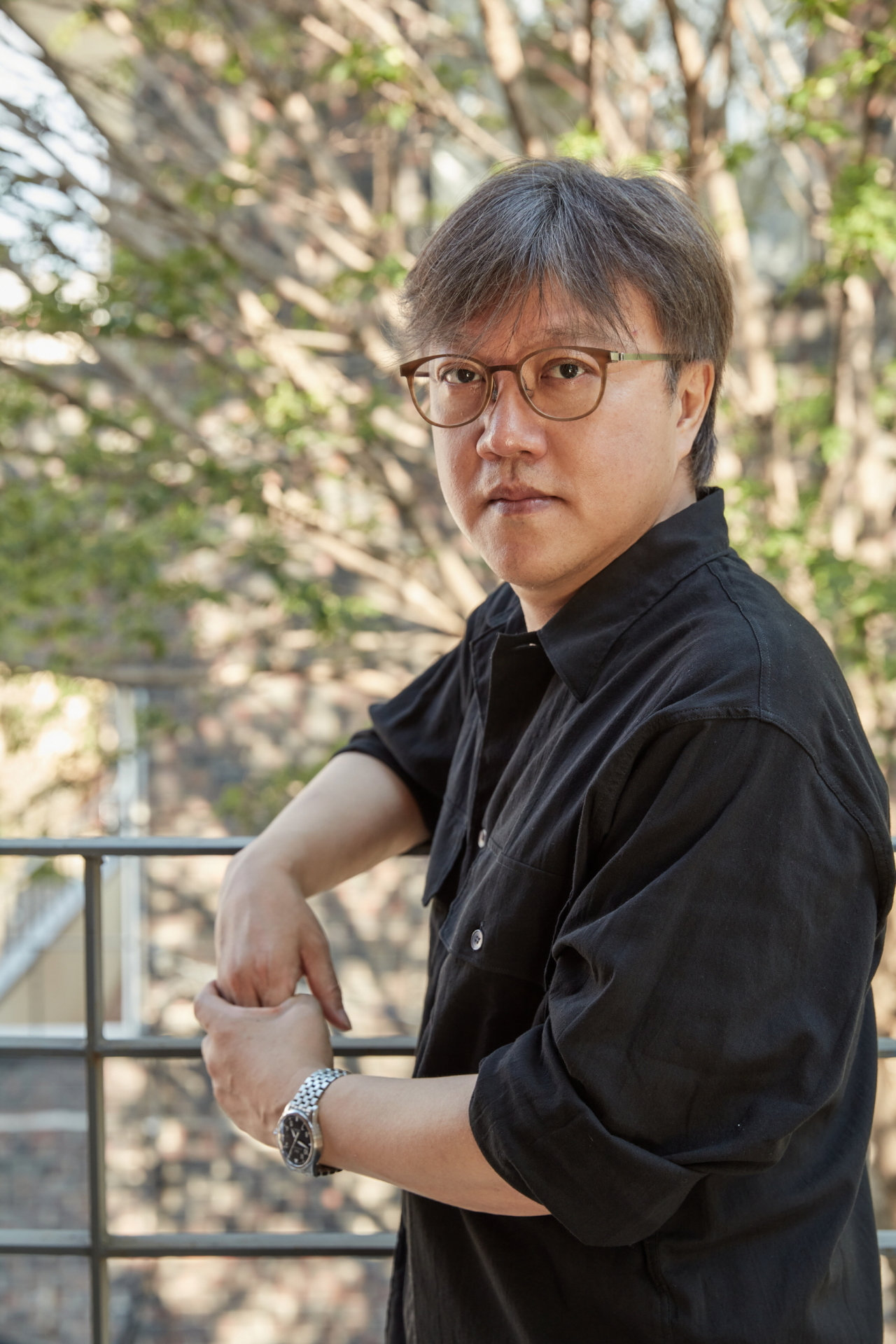 “It should not be too familiar, but also not too strange either. I am a commercial film director, so I have to constantly consider whether there is too big of a gap between what I have in my head and what audiences can imagine. In order to do that, I ask lots of questions to people and listen, then I choose what to keep and what to cut out. Through this process I find a balance,” Choi said.

During the interview, the director also talked about how the project all began around seven years ago.

After finishing his previous film, Choi, who was in his mid-40s, thought he was still young enough to challenge himself with a new type of project. He also thought it was the right time to create a science fiction film, which had been on his bucket list since watching the American film “Back to the Future” (1985) directed by Robert Zemeckis when he was a high school student.

He immediately packed his bags and went on a trip to the southeast coastal city of Gyeongju for three days with his friend to get some inspiration for the film’s script. In the city, he was able to come up with the idea of making a story that connects the present and ancient history of Korea instantly. However, writing a script based on this idea was a tough process, he said.

“Usually when I work on a script. I write my first draft and then edit it as I go. But this time, I wrote many different stories. I wrote one and scrapped it. I wrote another one and scrapped that draft too. I probably did this eight times,” he said.

“Alienoid” is also the first of a two-part series that Choi already finished filming in April last year. Choi said he hopes to screen the two films together in a row one day.

“I watched the drama series ‘Kingdom’ for five hours straight at the Bucheon International Fantastic Film Festival. That memory stayed with me for a long time. I realized that you can sit in a theater for five hours and stay entertained the entire time. It was a shocking experience, so I think it would be honorable if my two films can be screened like that,” he said.