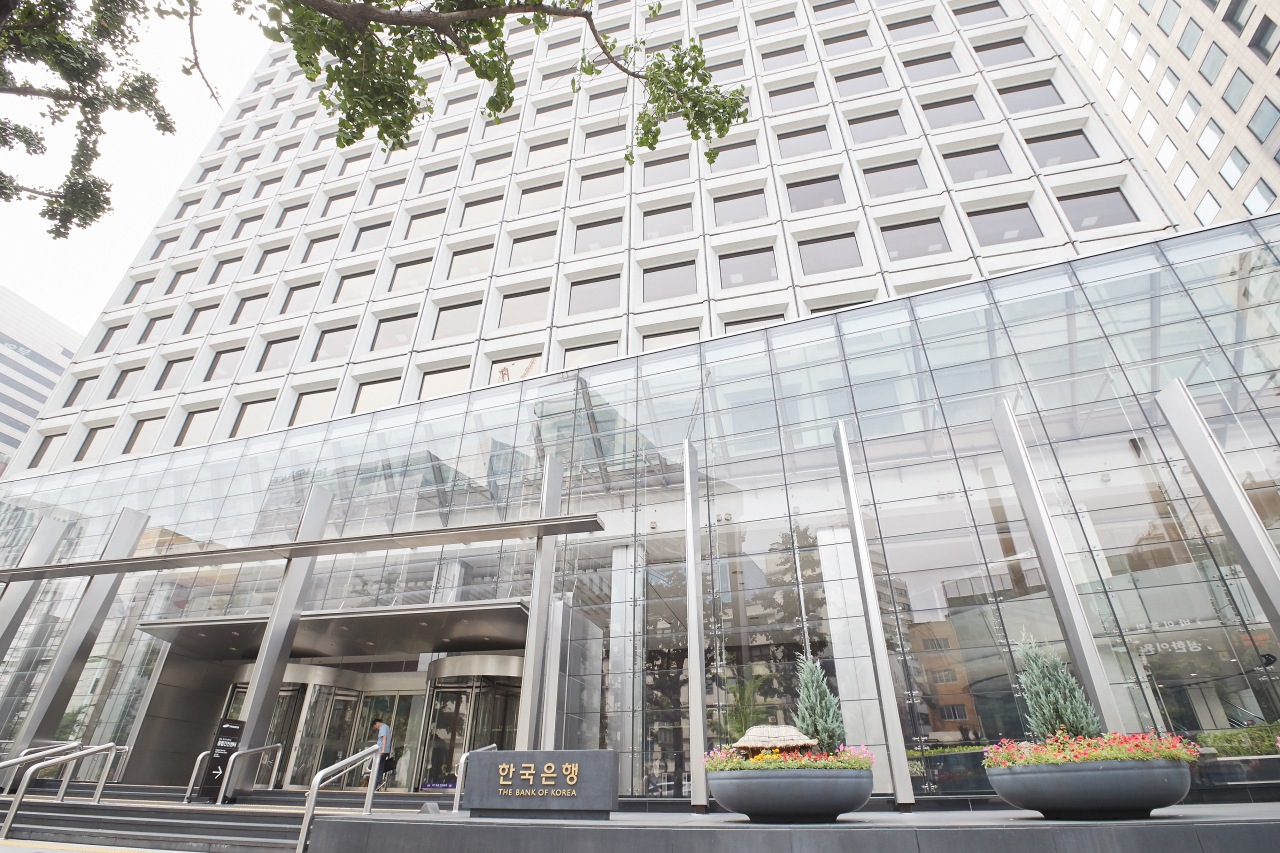 The Bank of Korea headquarters in Seoul. (BOK)
The Bank of Korea is emboldened to raise its benchmark rate by 50 basis points for the first time next week, as consumer prices in June increased 6 percent from a year earlier, the highest level since November 1998, when they jumped 6.8 percent on-year amid the Asian financial crisis.

Data from Statistics Korea released Tuesday found the June consumer price index topped the 5.4 percent marked in May, in line with the central bank chief’s earlier warning that prices would rise faster in June than in May. The chief, who did not offer a target then, said inflation would peak in the third quarter.

A global surge in commodity prices -- the underlying factor behind persistent inflation -- led to higher prices of industrial goods and services like oil products and eating out in June. Such price gains accounted for at least 5 percent of the 6 percent increase, according to the data.

“Supply-side price pressures are fanning inflation,” said Eo Woon-sun, deputy director general for short-term economic statistics at Statistics Korea, noting however that demand could be contributing to the surge. Korea scrapped social distancing rules and lifted most of its COVID-19 precautions on April 18.

The senior official added that Korea could see prices soar 7 percent annually in months to come, given the current pace of inflation. Such a leap last took place in 1998 during the Asian financial crisis, when Asia’s fourth-largest economy asked the International Monetary Fund for help.

A rise in electricity and gas prices, to take effect July 1, is set to add to inflationary woes and offset any countermeasures policymakers have in mind to tackle runaway inflation, such as oil tax cuts and rate hikes. Tax cuts are proving ineffective, while higher borrowing costs threaten to worsen repayment burdens.

“The economy is not in good shape. … The global economy is taking the biggest hit in terms of inflation since the 1970s amid supply bottlenecks and COVID-19,” Yoon said at a weekly Cabinet meeting.

State-run companies would be the first to face restructuring by liquidating their underperforming businesses and setting spending priorities straight, Yoon added, saying money made there would be used to help Koreans hit hardest by the current crisis as they battle disruptions in their lives.

“I will be out there to listen to what our fellow Koreans have to say about the difficulties they face. I will make sure an emergency meeting takes place every week to discuss those problems,” Yoon said.