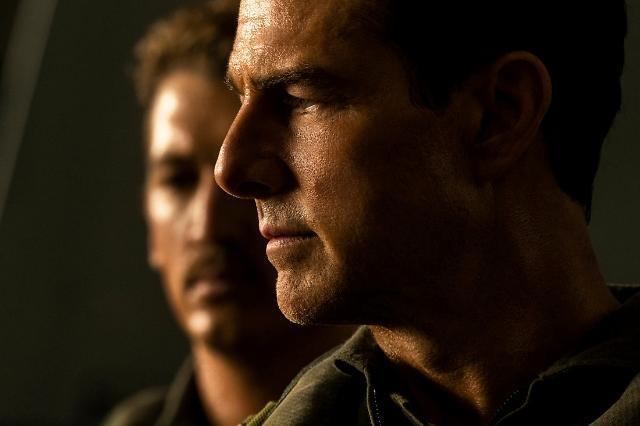 With three sequels -- “Top Gun: Maverick,” “The Roundup” and “The Witch: Part 2. The Other One” -- currently bringing back moviegoers to local theaters, the original movies that preceded these second installments are also grabbing viewers’ attention.

The original Tom Cruise action film, “Top Gun” came out in 1986 and is now resurgent, topping Watcha’s top 10 chart and Tving’s popular movie chart. It is also one of the top 50 most popular films of the first half of 2022 on Wavve.

While the second installation of “Top Gun” features Cruise returning as Pete “Maverick” Mitchell, this time as a trainer for the US Navy Strike Fighter Tactics program, the original film presented Maverick entering the titular elite training school.

“The Roundup,” starring Don Lee, opened May 18 and is continuing to leave its mark on the Korean box office. It is the first movie in Korea to sell 10 million tickets since the COVID-19 pandemic broke out about 2 1/2 years ago.

According to the Korean Film Council, “The Roundup” has attracted more than 12.34 million accumulated moviegoers, ranking it No. 14 all time in Korean box office history as of Sunday.

The preceding film, “The Outlaws” is No. 4 on the Watcha chart and in the top seven of Tving’s popular movies chart, as of Sunday.

The original movie featured cop Ma Seok-do (Lee) attempting to keep the peace while two Chinese Korean gangs battle over turf in the neighborhood, and the recent sequel presents Seok-do fighting a vicious killer (Son Sook-ku) who has been committing crimes against Korean tourists in Vietnam for several years.

“The Witch: Part 1. The Subversion,” is exclusively available on Wavve and now ranks among its top 50 most popular films of the first half of 2022.

“The Witch: Part 2. The Other One,” released on the big screen on June 15 and has sold more than 2.5 million tickets as of Saturday.

The original “The Witch” film, released in 2018, features the story of a seemingly ordinary girl named Ja-yoon (Kim Da-mi) who wins the top prize on a TV audition program. After her victory, a series of unusual people enter Ja-yoon’s life, including a mysterious scientist, Dr. Baek.

The sequel introduces So-nyeo (Shin Shi-a), the lone survivor of a secret laboratory. In the second part, So-nyeo is chased by a series of different characters, including Dr. Baek.