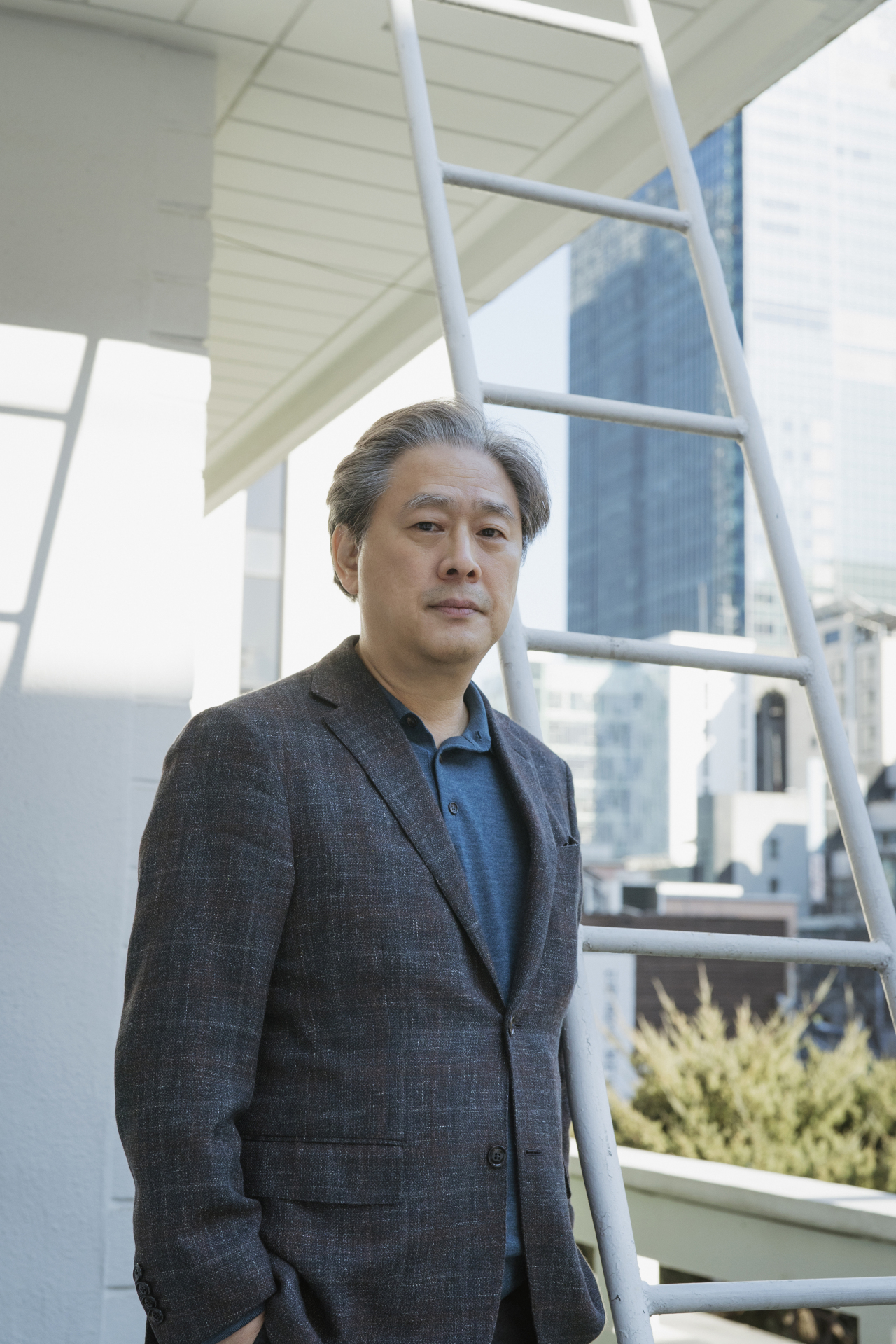 “I wanted to create a quiet movie. I don’t mean that there are few lines. In fact, the lines are quite long. They just don’t directly say ‘I love you’ and express their feelings,” Park said during an interview with a group of reporters via Zoom on Monday.

Although we live in an era where people do not hesitate to express their thoughts and feelings, Park believes that audiences would still be interested in watching stories with characters that try to hide their emotions.

“The way people around my age or maybe the way Asians hide emotions is considered old-fashioned these days. But I think it can also make even the young audiences feel interested,” Park said. “Of course, to tell a story they (protagonists) cannot keep it (emotions) to themselves entirely. It will show how they secretly express them, how they try to hide it, but is so visible to the audiences.”

In “Decision to Leave,” Hye-jun, a hardworking detective, looks into a suspicious death that occurred on a mountain. He comes to suspect that the dead man’s wife, the mysterious Seo-rae (Tang Wei), is involved in the crime. As Hye-jun investigates Seo-rae, he becomes drawn to her.

One of the notable factors that differentiates Park’s new movie from his previous works is how he used digital devices such as smartphones and smartwatches as an important communication tool between the protagonists. The director said he thought a lot about making the film this way.

“At first, I had concerns because there were too many scenes with text messages. It was impossible to show the lives of people living in a modern society without them, so I decided to accept that we have to use them,” Park said. “For instance, if we use paper for showing documents, then there many things that our art team can do, but the audiences would think that they can just use iPad.”

Once he decided to incorporate digital devices in the film, he started thinking about the best way to feature them as an important element in the movie, and came up with scenes in which audiences see the protagonists from the perspective of the smartphone held in the protagonists’ hands.

“I created those scenes because when we talk on the phone, we are not talking to the device. We are thinking about the person on the other side,” he explained.

The concept of duality, which is presented repetitively through multiple scenes, is one of the most talked-about elements in Park’s new film.

In Seo-rae’s house, the wallpaper features patterns that can look like ocean waves and mountain peaks at the same time. The color of Seo-rae’s dress confuses detective Hye-jun because it sometimes looks green but also blue. 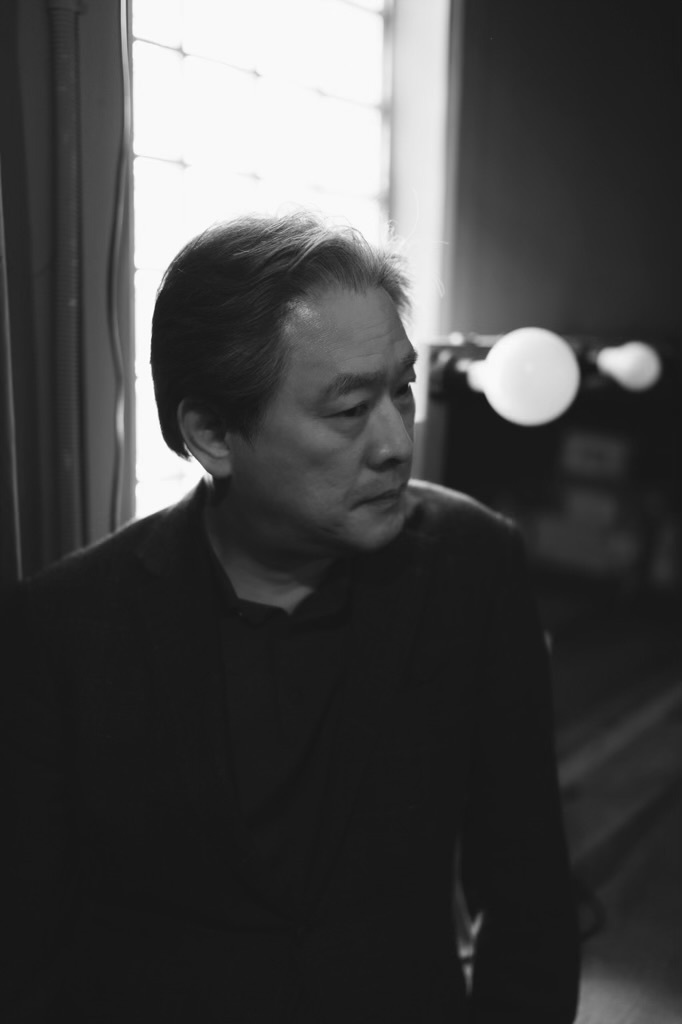 Park explained that this concept also applies to the character’s settings.

“Seo-rae sometimes looks like a widow, left without anyone, and sometimes seems like a murderer. It is hard to define,” Park said.

Some viewers have said that it is a film that should be watched several times to avoid missing out on the many subtle details. But to others, it can also mean that the movie is difficult to understand.

Park said it was never his intention to create a work that is confusing to audiences.

“I try to make a film that is more entertaining when watched over and over again, but never a film that audiences cannot understand when they watch it the first time. Of course, they would have to pay attention to it. They cannot play with their phone and still expect to understand the film, but if they focus on the film they would understand it without problems,” Park said.

Although he, too, is under pressure to create top box office hits movies, the director said he is not willing to change his style just to sell more tickets.

“I am just doing my best. Even if I want to I cannot create movies like Choi Dong-hoon or Ryoo Seung-wan,” he said. Choi and Ryoo both directed films that each sold more than 10 million tickets here, a coveted threshold at which movies are considered a huge success. Ryoo’s “Veteran” garnered 13.4 million audiences in 2015 while Choi’s “The Thieves” (2012) and “Assassination” (2015) attracted 12.9 million and 12.7 million audiences, respectively.

On set, director Park believes that it is important to make sure that the staff and performers are all on the same page.

This is one of the reasons why he creates detailed storyboards with a storyboard artist, scripter and art director before the shooting begins.

“First of all, we can save a lot of money by doing this. But more importantly, it can provide a big picture to everyone onboard. They will know what to expect and can become more active. If everything is only in the director’s head, everyone will have a difficult time not knowing what they are doing.”

At the end of the interview, Park was asked about what motivates him to stay creative and continue making something new. Park answered by saying that he often compares himself to masters of different fields. 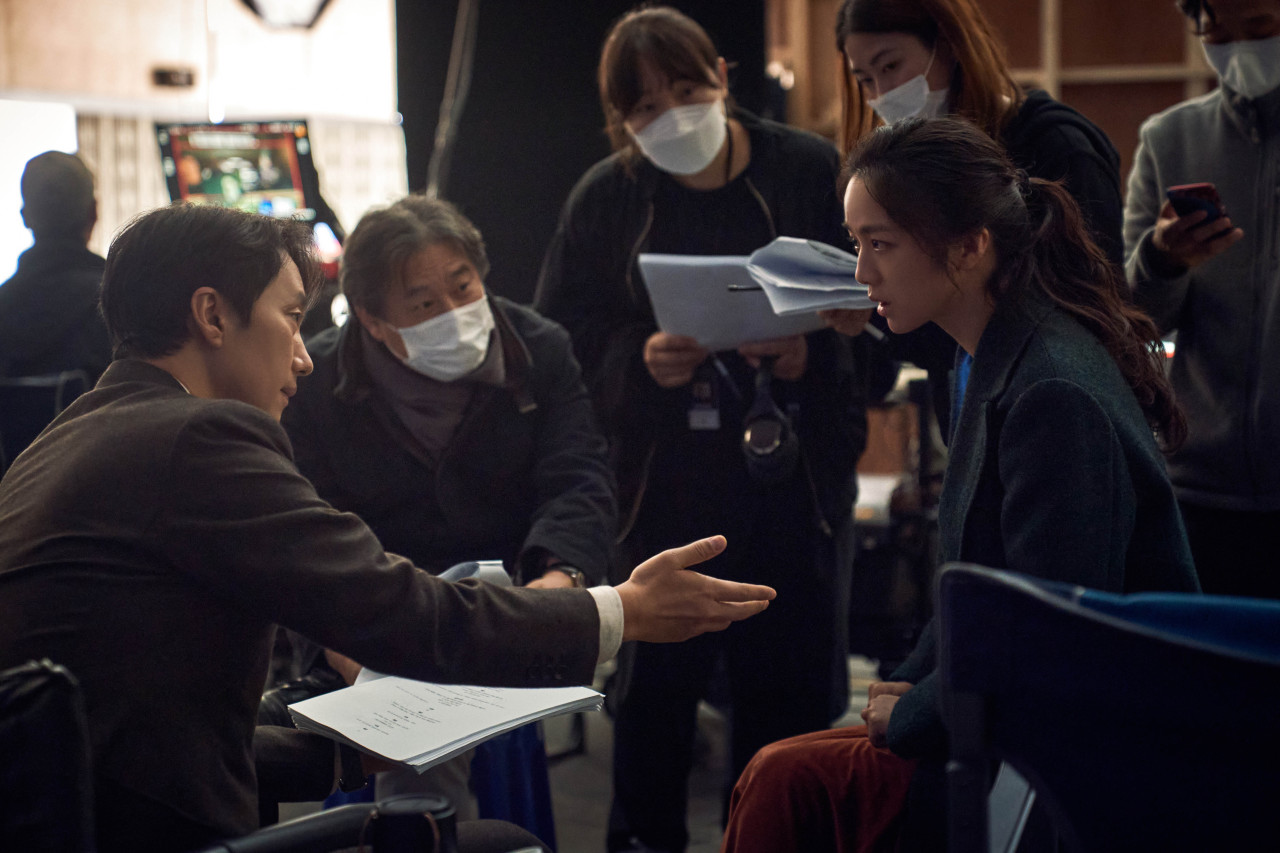 Park Chan-wook (center) speaks with the two leads Tang Wei and Park Hye-il on the set of “Decision to Leave.” (CJ ENM)

“I am not talking about only film masters. For instance, I compare myself to composer Lee Bong-jo. I try hard to reach the artistic level of his works and the effort that he put into them,” he said.

Lee is the composer of the old Korean song ”Mist,“ which was used as the theme song in “Decision to Leave.”