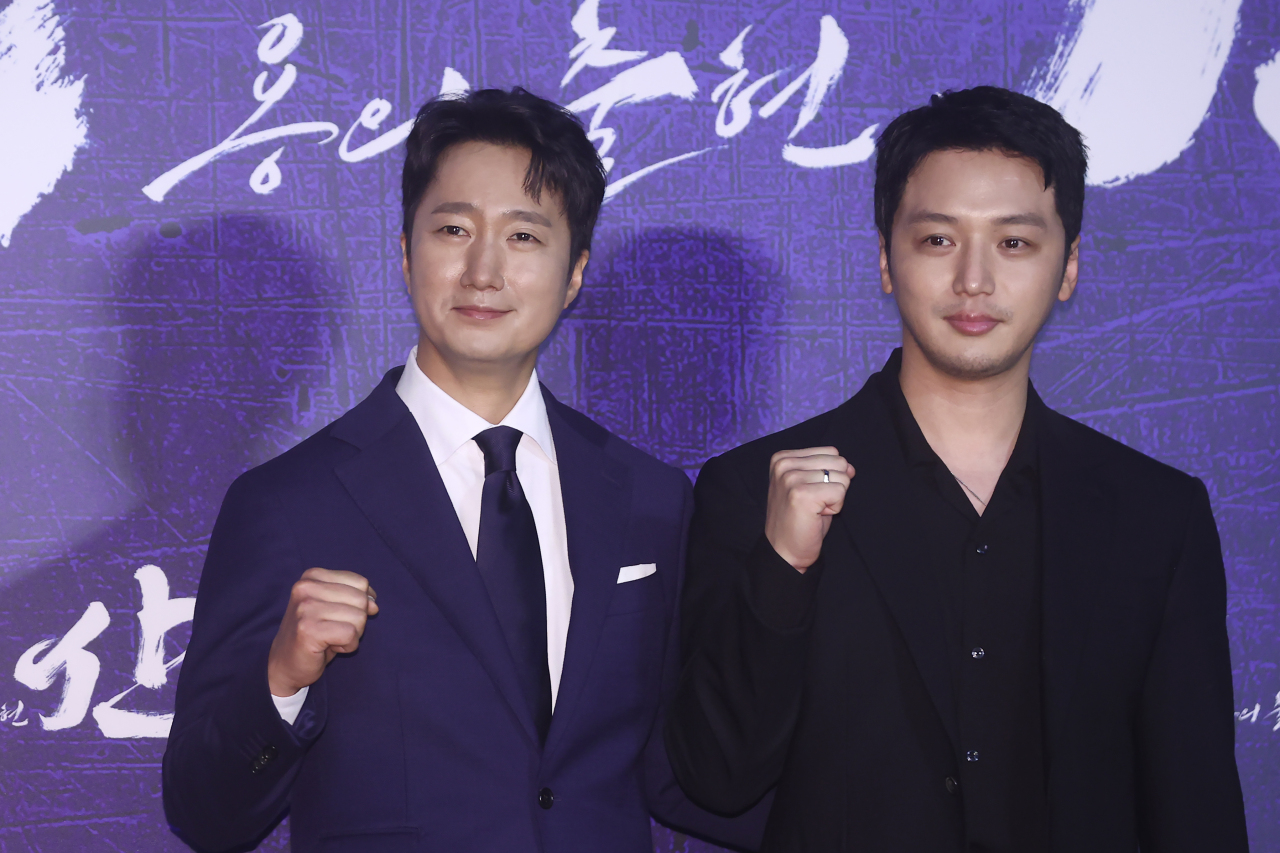 The new film is the second in the Adm. Yi trilogy that the director aims to complete. The plan is to present three different battles led by Yi during the Japanese invasions of Korea in the late 16th century.

“Roaring Currents,” the first in the planned trilogy, holds the record for the most tickets sold for any movie in Korea, attracting over 17.6 million cinemagoers eight years ago.

At the beginning of event, the director talked about how his career path led him to come up with the idea of creating three films on Adm. Yi.

He explained that his initial plan was to create a history film trilogy comprising “War of the Arrows” (2011), “Roaring Currents” and “The Battle: Roar to Victory” (2019).

“Since I considered ‘Roaring Currents’ as a megaproject, I thought I could make the film when I was 50 or something. But ‘War of the Arrows’ unexpectedly became a hit and I got an opportunity to create ‘Roaring Currents,’” Kim, who is now 52, said. 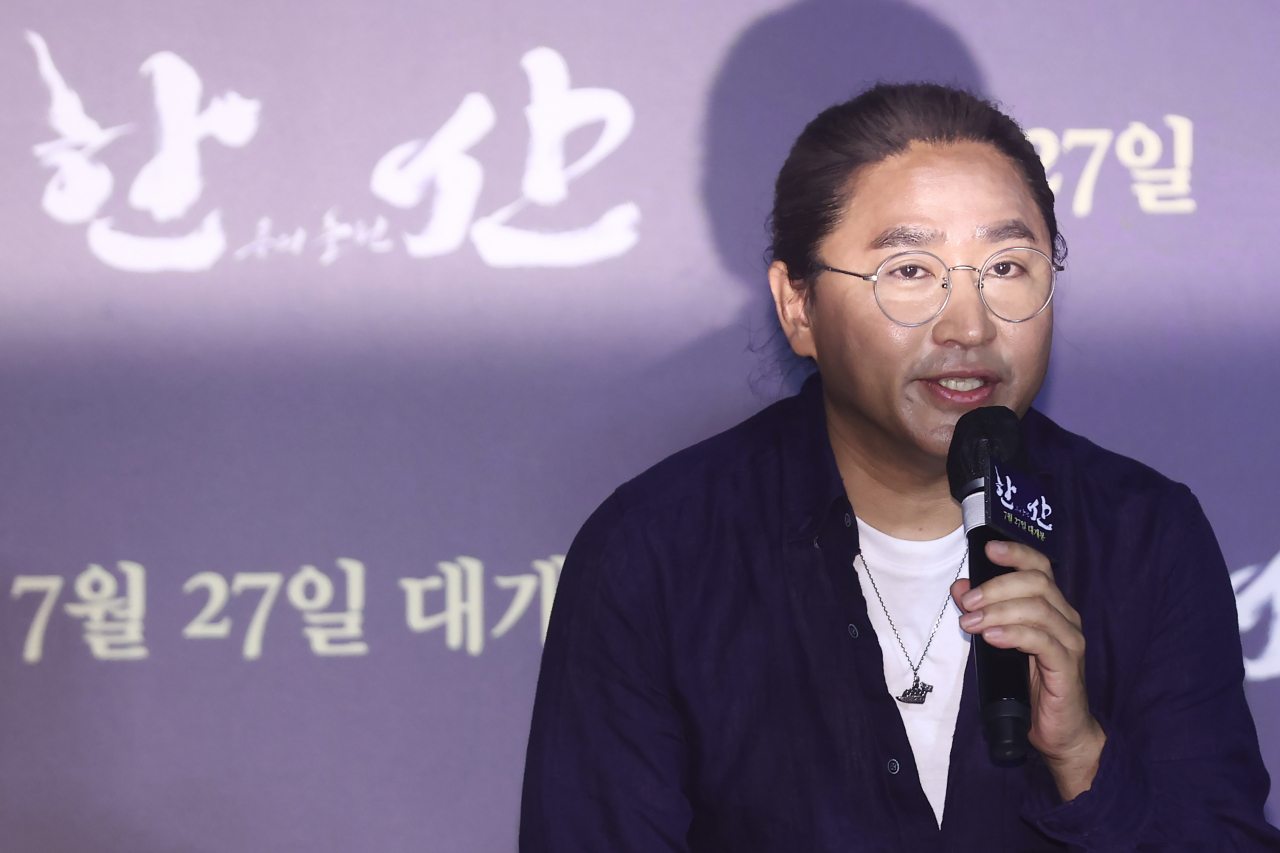 The director soon began drafting the outline for “Roaring Currents” and realized he should create a trilogy about Yi.

“I first presented the Battle of Myeongnyang Strait, a battle which he won after appearing to lose. I am glad now to present ‘Hansan,’” the director said.

“Hansan” depicts the historical Battle of Hansan, which took place five years before the Battle of Myeongnyang Strait.

Kim also pointed out that Geobukseon, or the “Turtle Ship” that Yi deployed, is a key player in the film, particularly in the 51-minute naval battle scene.

“We do not know for sure what the real Geobukseon looked like. There are still various theories,” Kim said. “I tried combining all of them and put a lot of effort into re-creating the ship.”

Park, who plays Adm. Yi in the movie, talked about the pressure he felt taking the role.

“Every Korean knows Yi Sun-sin, he is a great man. When I was asked to play him, I had a lot of pressure. I thought, what on earth is the director thinking proposing the role to me?” Park said. “I read the script and listened to the director’s explanation about the role and realized that it was a role that I could play.”

Park said that unlike the Yi in “Roaring Currents” who is depicted as a courageous hero, he will mainly show how the historic figure executed tightly planned strategies.

Byun, who plays the leader of the Japanese forces, said he was honored to be part of the big project. He said he focused on contributing to properly telling the story of Yi while performing his role in Japanese.

“I knew that I would have limits performing in a foreign language,” he said. “But except for that, I am confident that I prepared thoroughly as an actor so that the audience can be fully satisfied. Emotions are more important than the language.”

“That is not to say that I was not passionate about studying the language, I had my Japanese teacher live in my house,” Byun laughed.

Park said the protagonist in the upcoming film is different from those two as he is depicting Adm. Yi in his 40s.

“We are with young energy. The director told me that we will focus on showing a tense battle,” Park said. 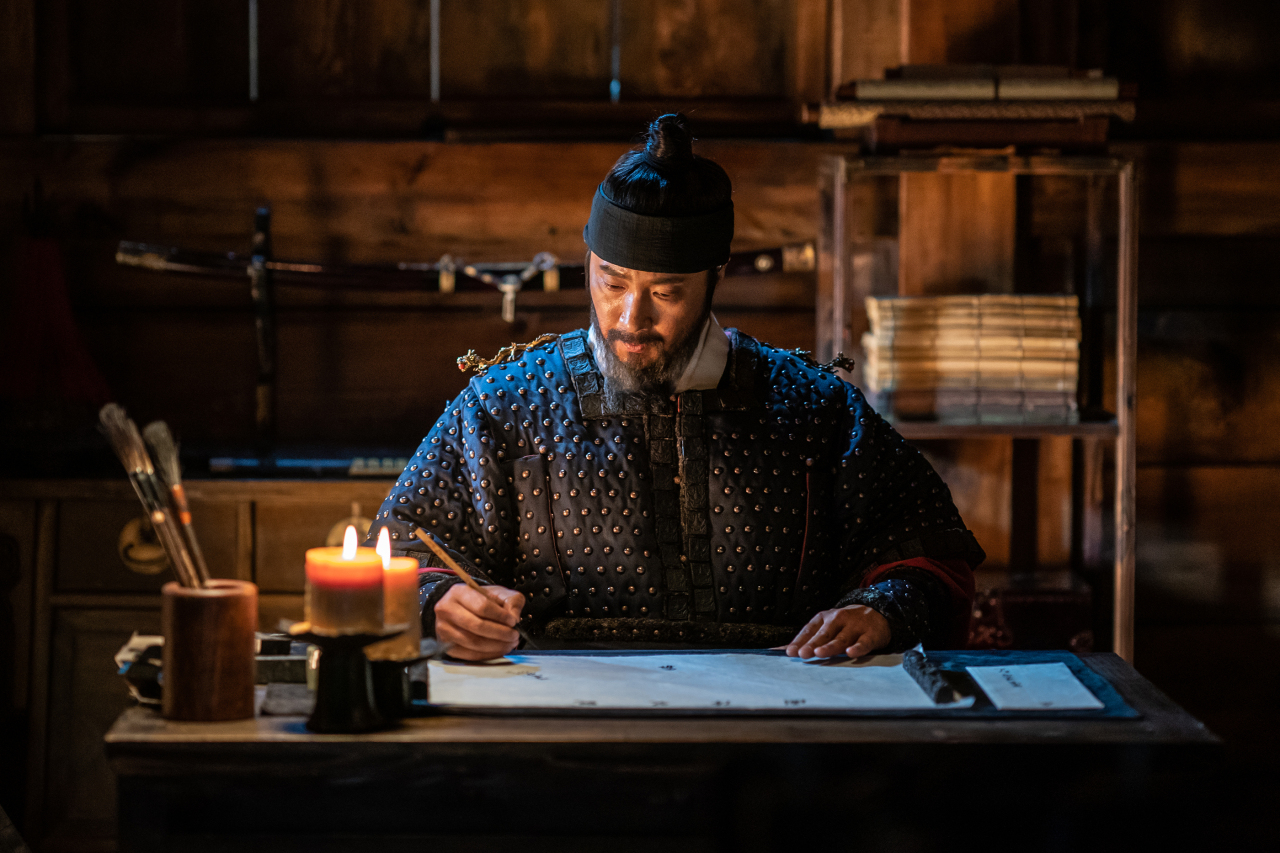