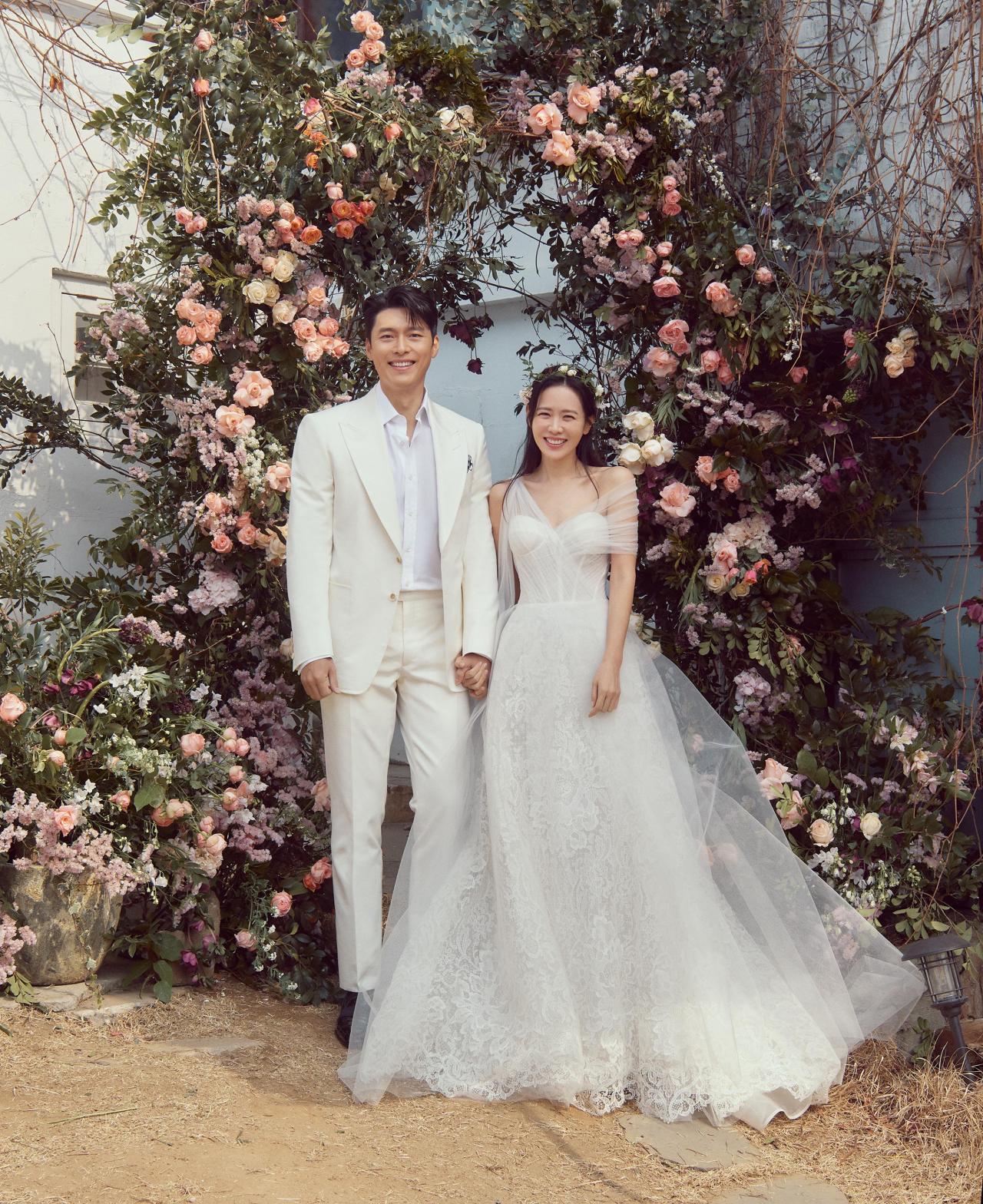 Star couple Son Ye-jin, 40, and Hyun Bin, 39, on Monday, confirmed that Son is pregnant three months after their March wedding.

“New life has arrived,” Son announced on her Instagram account with a picture of wildflowers on Monday. “We are still bewildered, but with concerns and excitement, I‘m going through the daily feeling of the changes in my body.”

“We will protect the precious life that has arrived,” Son added.

Last month, Son posted a photo of herself taking a walk with a dog in a puffy white dress on her Instagram, which soon prompted speculation about her pregnancy.

In March, the two stars tied the knot in a private ceremony at the Grand Walkerhill Seoul in Gwangjin-gu, eastern Seoul.

Son and Hyun Bin co-starred in the action film “The Negotiation” (2018) and tvN’s hit rom-com series “Crash Landing on You” (2019). After numerous rumors about the two celebrities dating, the couple confirmed their relationship at the start of 2021.

In February, the couple announced that the two would get married in March after a two-year relationship.