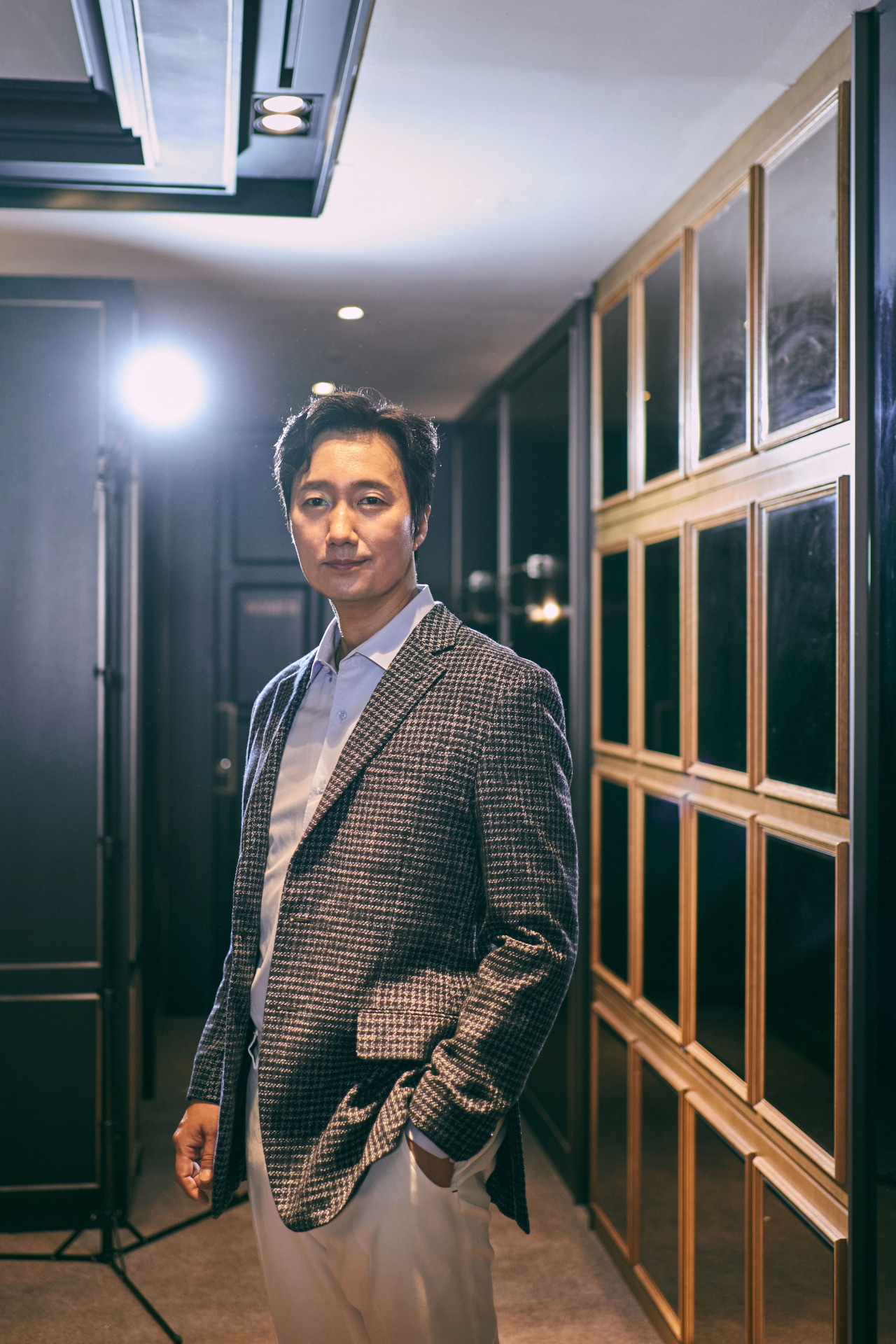 When Korean actor Park Hye-il, 45, entered the cafe in Samcheong-dong, central Seoul, where an interview with a group of reporters was to take place Thursday, he immediately started wiping the table with a tissue, although it was perfectly clean. When reporters pointed out that it seems like something that his detective character, Hye-jun, in Park Chan-wook’s “Decision to Leave” would do, the actor smiled shyly and agreed.

“It seems like some of the character remains (in me) until the film gets released. I think I will be like this for a while. I don’t normally act like this,” he said.

Park’s character Hye-jun is a hardworking detective who always carries around everything that he needs in a specially tailored suit with multiple pockets. Hye-jun looks into a suspicious death that occurred on a mountain and comes to suspect that the dead man’s wife, the mysterious Seo-rae (Tang Wei), is involved in the crime. As Hye-jun investigates Seo-rae, he becomes attracted to her.

After reading the script, the actor, who had never played the role of a detective during his 22-year career, said he was surprised to see such a unique detective character.

Unlike most detectives in Korean movies that are depicted as brash and a bit rough around the edges, wearing comfortable clothes and often swearing a lot, Park’s character wears suits and ties, is gentle and sometimes even emotional.

“If the role had been different from Hye-jun and similar to the detective characters that we often see, I don’t think I would have taken it. I have been waiting for a role like this. I felt like I had finally met a detective character that I can play well,” Park said. 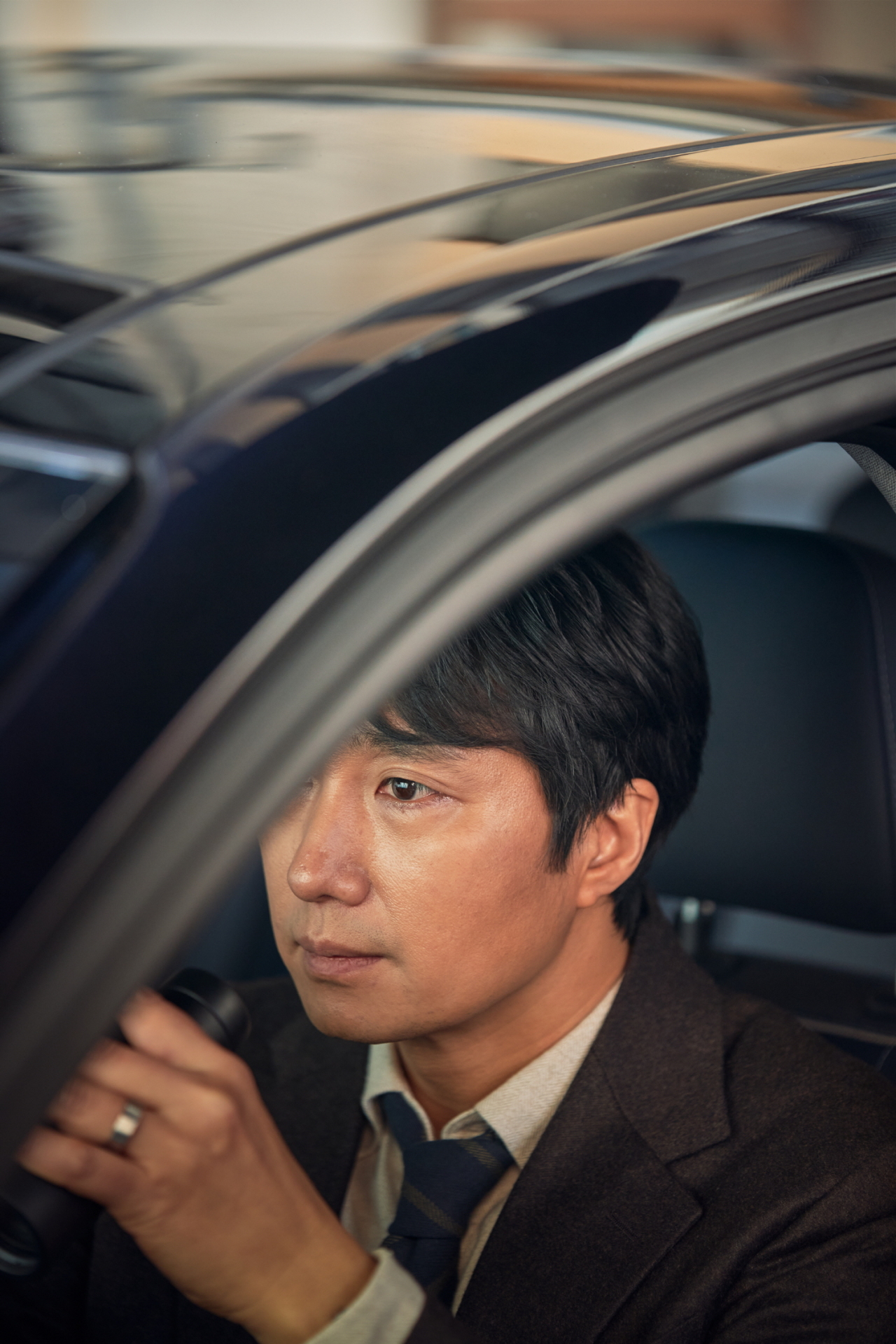 When asked if Park had referred to the fictional character of Swedish detective Martin Beck, the main character in Maj Sjowall and Per Wahloo’s crime novels which inspired the director to create “Decision to Leave,” to prepare for the film, Park said he ordered them online but had not read them yet.

The actor said it was because he was worried that it could negatively influence his performance.

“First of all, the director told me I did not have to read them. I also agreed that I might perform in some stereotypical way if I had read them. It was a matter of choice, so I decided to focus on my co-star’s performance and the script,” he said. “I will read them once I get out of the Hye-jun character.”

He also noted that the novels are placed on Hye-jun’s desk in the movie.

The actor, who also worked with renowned director Bong Joon-ho on “Memories of Murder,” took some time to talk about the similarities between Bong and director Park Chan-wook during the interview.

“They are both extremely busy on the filming site. This is not usual for experienced directors,” Park said. “Both directors also have an obsession over the script and storyboard. It seems like what they create are artworks on their own.”

He added that Chinese actor Tang Wei was also very surprised by the detailed storyboard that Park Chan-wook created and said she had never seen anything like it when working in China.

“She said when she goes back to China she would like to introduce the system of working with storyboards to the staff there,” he said.

While working with Tang, Park said he also noticed that she tends to talk to the director about scenes in detail right before shooting them.

“She asked many ‘why’ questions (to the director). She asked detailed questions like, ‘Why is the character in this situation?’ I think she is the kind of actor who can start performing after she completely understands the character. It seemed like she had to rationally understand Song Seo-rae’s character to perform her emotions,” he said.

Park added that this kind of performing style is different from his, so it was interesting to watch her work like that.

“I usually ask all the questions when we are reading the script and make notes in advance. On the filming site, I don’t talk with the director much,” Park said.