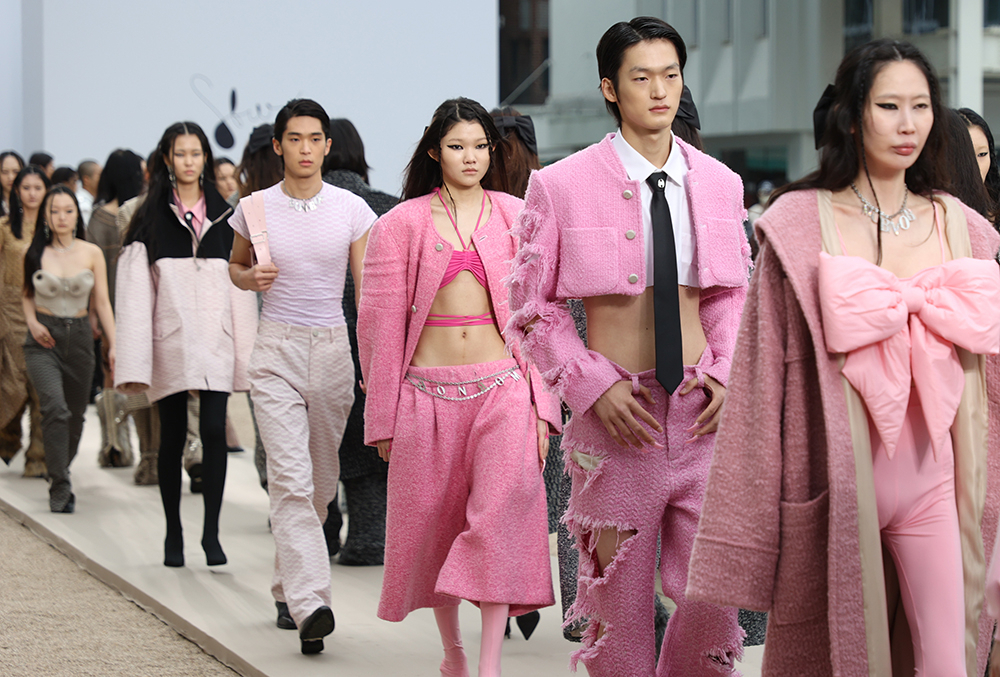 Seoul Fashion Week Spring/Summer 2023 will kick off on Oct. 11 at the Dongdaemun Design Plaza (DDP) in central Seoul for a five-day run, the city announced.

As the upcoming event will be held fully in person for the first time since the onset of the pandemic, the city will also resume inviting global buyers and foreign reporters to the show.

In a bid to help reinvigorate the domestic fashion industry, the city has also broadened the show's horizon to include small fashion firms with annual sales of at least 150 billion won ($116.3 million) as participants.

On the sidelines, the city will also host a series of events, although the total number of spectators will be determined at a later date in accordance with state anti-pandemic guidelines, city officials noted.

Also in October, the city will run fashion shows and a Seoul Fashion Week booth in Paris in collaboration with Tranoi, the official trade fair of Paris Fashion Week, in order to promote sales, officials added. (Yonhap)