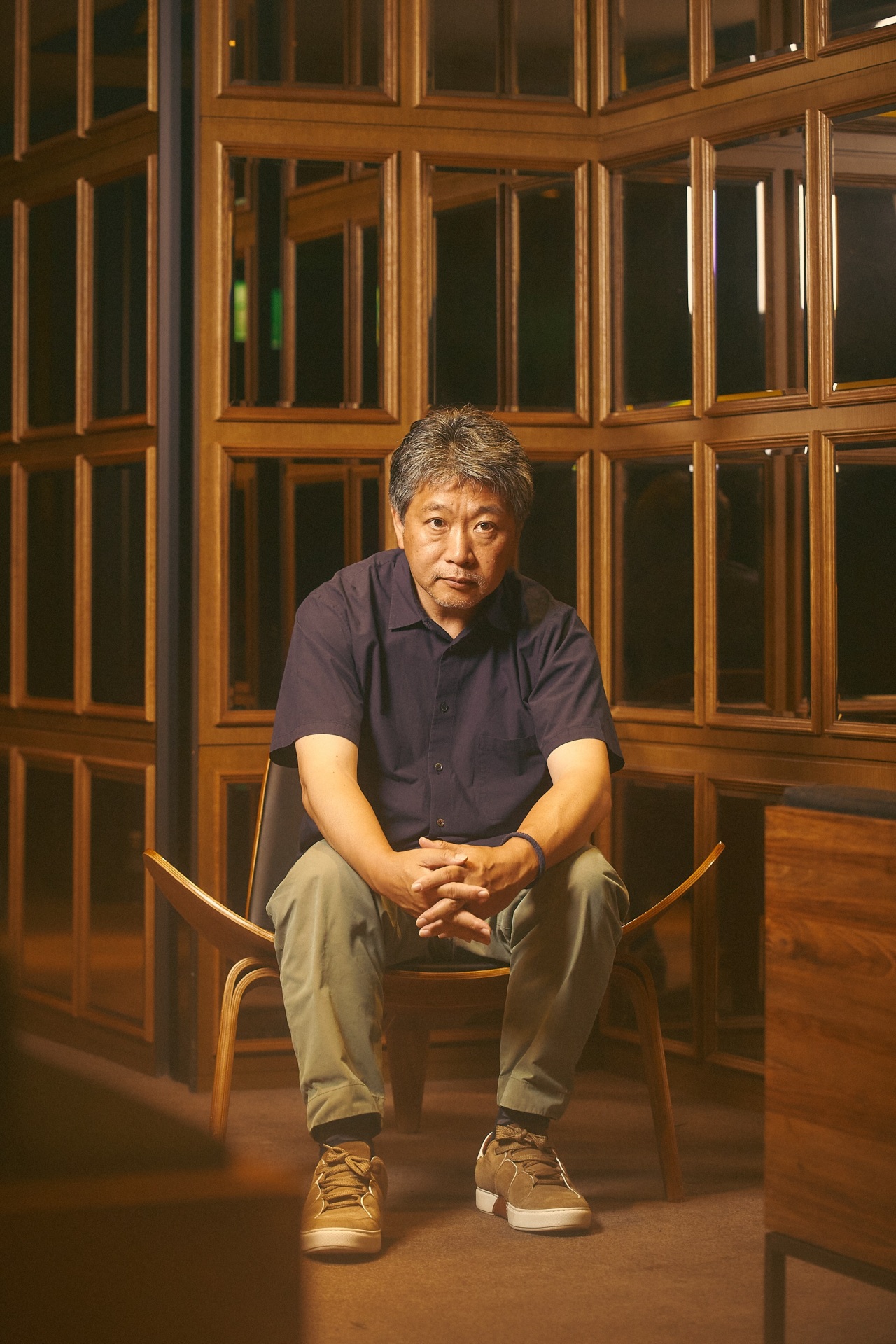 Japanese director Hirokazu Kore-eda’s new film “Broker” does not hide the key question that the director wants to ask the audience: Should mothers take all the blame for abandoning their children in “baby boxes”?

“At the beginning of the movie, Soo-jin (played by Bae Doo-na) says ‘if you are going to abandon a newborn, you should not have given a birth to him.’ This shows that there is a kind of prejudice toward mothers. The film starts from there,” the director said during an interview with a group of local reporters at a cafe in Samcheong-dong, central Seoul. “The film shows how much Soo-jin’s prejudice changed.”

Kore-eda said he found out about the prejudice while talking with a man who grew up in an orphanage that had harbored some resentment toward his mother. 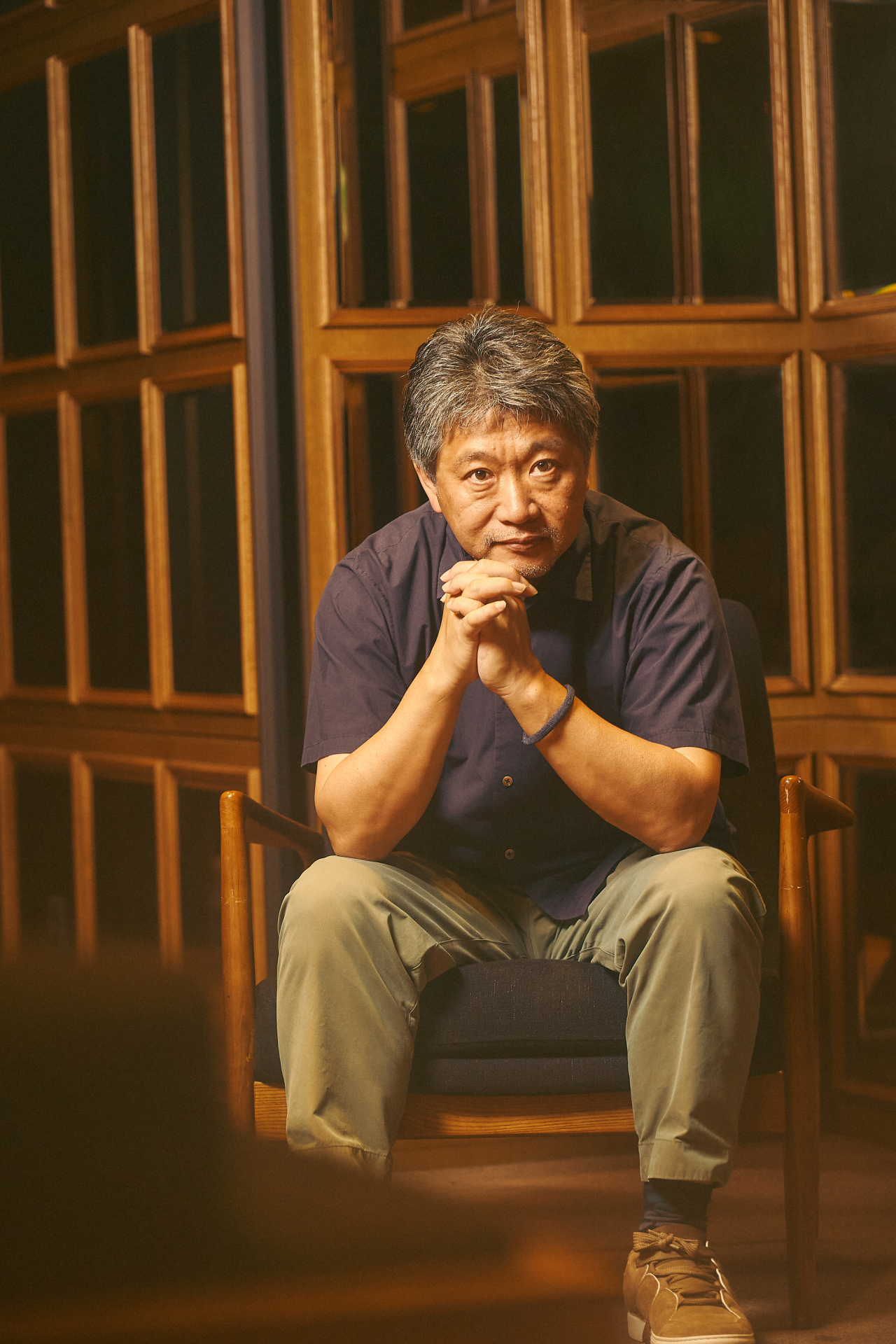 “He said he had contemplated the question: Did my mom want me to be born?” Kore-eda said.

It was at that moment that it occurred to Kore-eda that the blame should not be solely on mothers, and that society should also share the responsibility.

Kore-eda’s “Broker” centers on relationships formed through baby boxes installed at churches or institutions in Korea where desperate parents can leave their newborns anonymously.

The fictional story begins with So-young (IU) leaving her baby in a box in front of a church. Sang-hyun (Song Kang-ho) and Dong-soo (Kang Dong-won) secretly steal the baby to sell him to a family who cannot legally adopt. So-young, who returns to the church the next day to retrieve the baby, finds out that Sang-hyun and Dong-soo have taken her child. Soon, So-young and the two men are looking for the right parents for the baby.

The 60-year-old director said he heard negative feedback on some lines that were deemed “too direct” in conveying another underlying theme of cherishing life, such as a scene when So-young says, “Thank you for coming into this world,” to everyone in the room. But this was intentional, he emphasized.

“I also strongly believed that my film should look at every human’s life positively,” he said.

During the interview, the Japanese director also revealed how he created the framework of the new film.

“I created this film with three boxes,” Kore-eda said. “The first box is the smallest one that the baby is being abandoned in, and then the second box is the van that brokers in the film travel in with the baby. The last box is symbolic and invisible -- the society that surrounds the baby.”

Since Kore-eda cannot speak Korean, he noted that he got some help from veteran actor Song. Kore-eda highlighted that there was a particular moment when the star impressed him the most during this process.

“Song Kang-ho suggested cutting out some of the lines that his character says. I tried cutting it out accordingly and it was indeed a whole lot better. But it is really rare for an actor to ask the director to cut out his own lines. In fact, it was the first time,” he said. “That was when I realized that Song Kang-ho is the actor that truly cares about creating a better film.”

Kore-eda also shared his recent participation in the 75th Cannes Film Festival at which Song won the best actor award for his role in “Broker.”

“It is the eighth time that I was invited to Cannes and every time it is different,” he said. “The most evident difference that I have noticed this time was that there were billboards for ‘Broker’ everywhere, which made me realize the power of CJ ENM. I was proud, but at the same time it was a lot of pressure seeing the poster of my work hung at the hotel I am staying at. I did take photos with it though,” Kore-eda said jokingly.

“It is the same with the Italian and French film industries, there can be ups and downs, so I do not take it as a negative phenomenon,” Kore-eda said.

“But it is true that the Japanese film industry is stagnant when looking at it from an outsider’s perspective. I know that there are a lot of talented actors and creators who are willing to do something fun. I think it is the old production environment that is making them difficult to take on challenges. There is not enough capital to develop something new so original works are rare. There are things that I learned while working in Korea and France. I learned what we have to work on, so I want to go back to Japan and make some improvements.”

Kore-eda worked with French actors and staff for his previous project, “The Truth.” 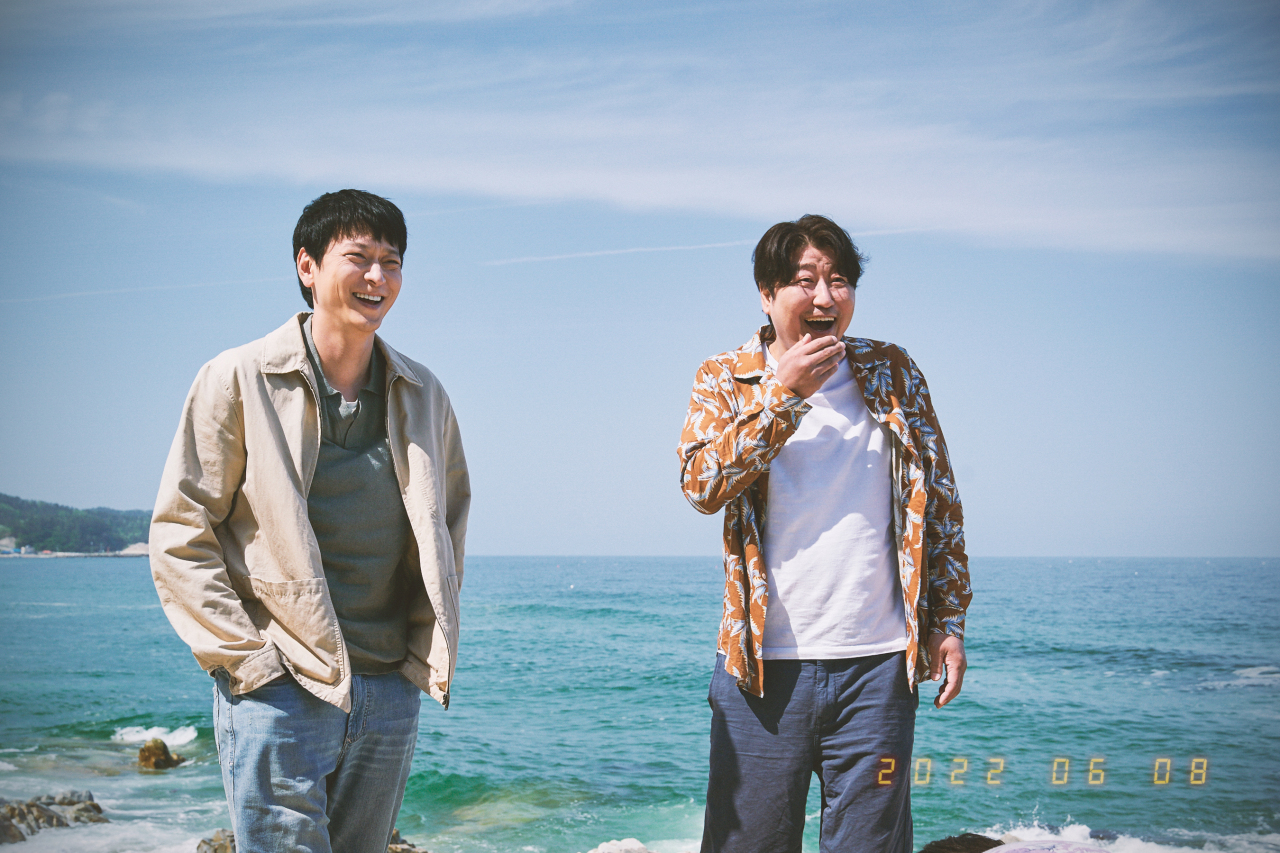