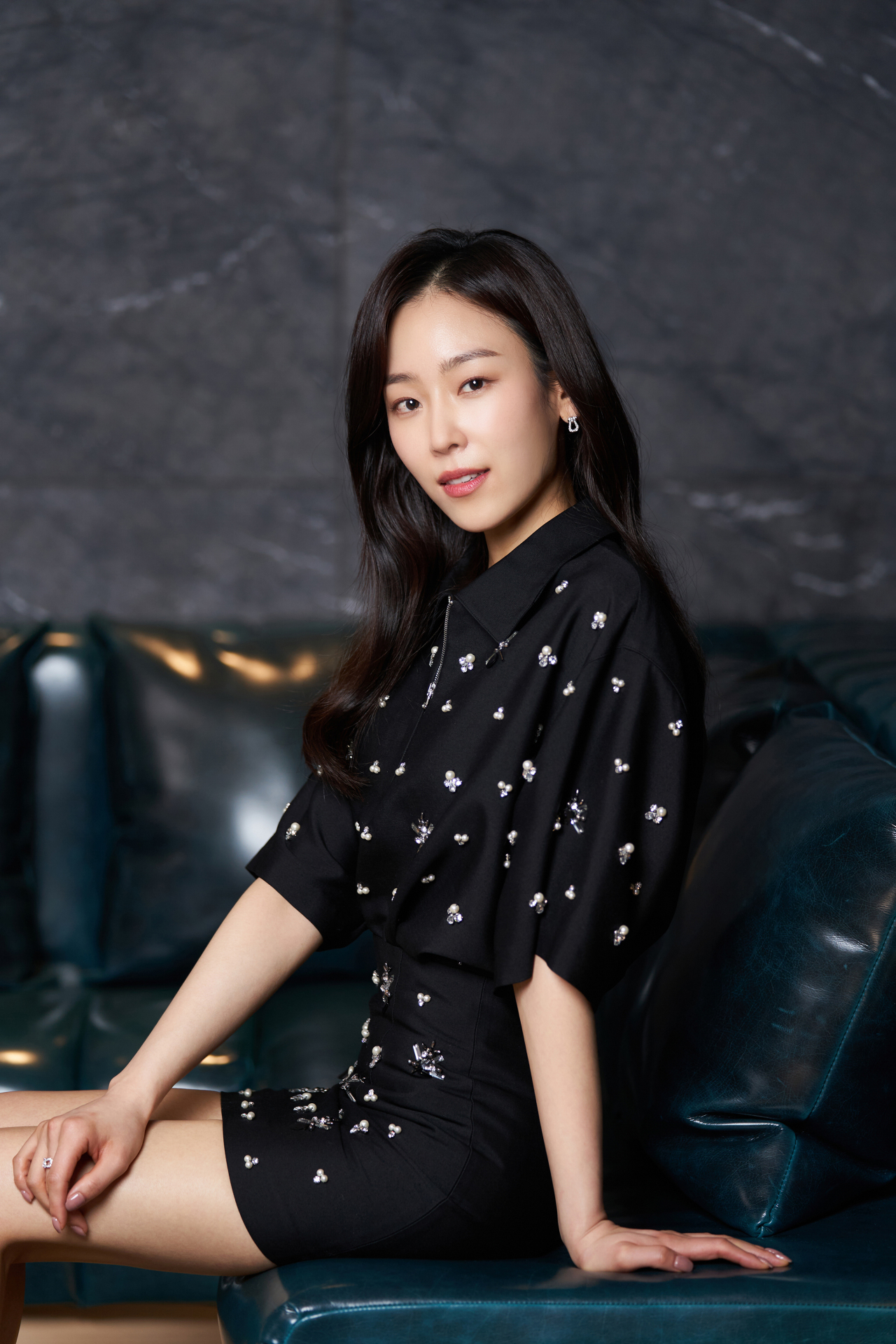 Korean actor Seo Hyun-jin (Triple Pictures)
Even though K-drama star Seo Hyun-jin has appeared in numerous hit soap operas including “The Beauty Inside,” “Another Miss Oh,” and “Temperature of Love,” she found working on the upcoming feature film “Cassiopeia” nerve-racking.

“This is my first proper leading role in a movie, so I am nervous and am very curious about the audience’s reaction,” Seo said during an interview with local reporters via videoconference on Thursday.

In particular, Seo said that she is afraid that audiences might see her as an actor who is inadequate on the big screen.

“When the staff was doing a pre-screening, I asked my manager to attend for me because I was too afraid to watch it myself. But I was forced to go and watch because we had a press conference coming up,” she said.

In the film, Seo plays Soo-jin, a successful lawyer. Soo-jin is also a divorcee raising her daughter (Joo Ye-rim) on her own. When she is busy, her father, In-woo (Ahn Sung-ki), helps out. Soo-jin tries to lead the perfect life at home and work. After sending her daughter to the US, where her ex-husband lives, she finds out that she has Alzheimer’s.

The 37-year-old actress received the “Cassiopeia” script around two years ago and saw an opportunity - a chance to break out of her comfort zone of television dramas. 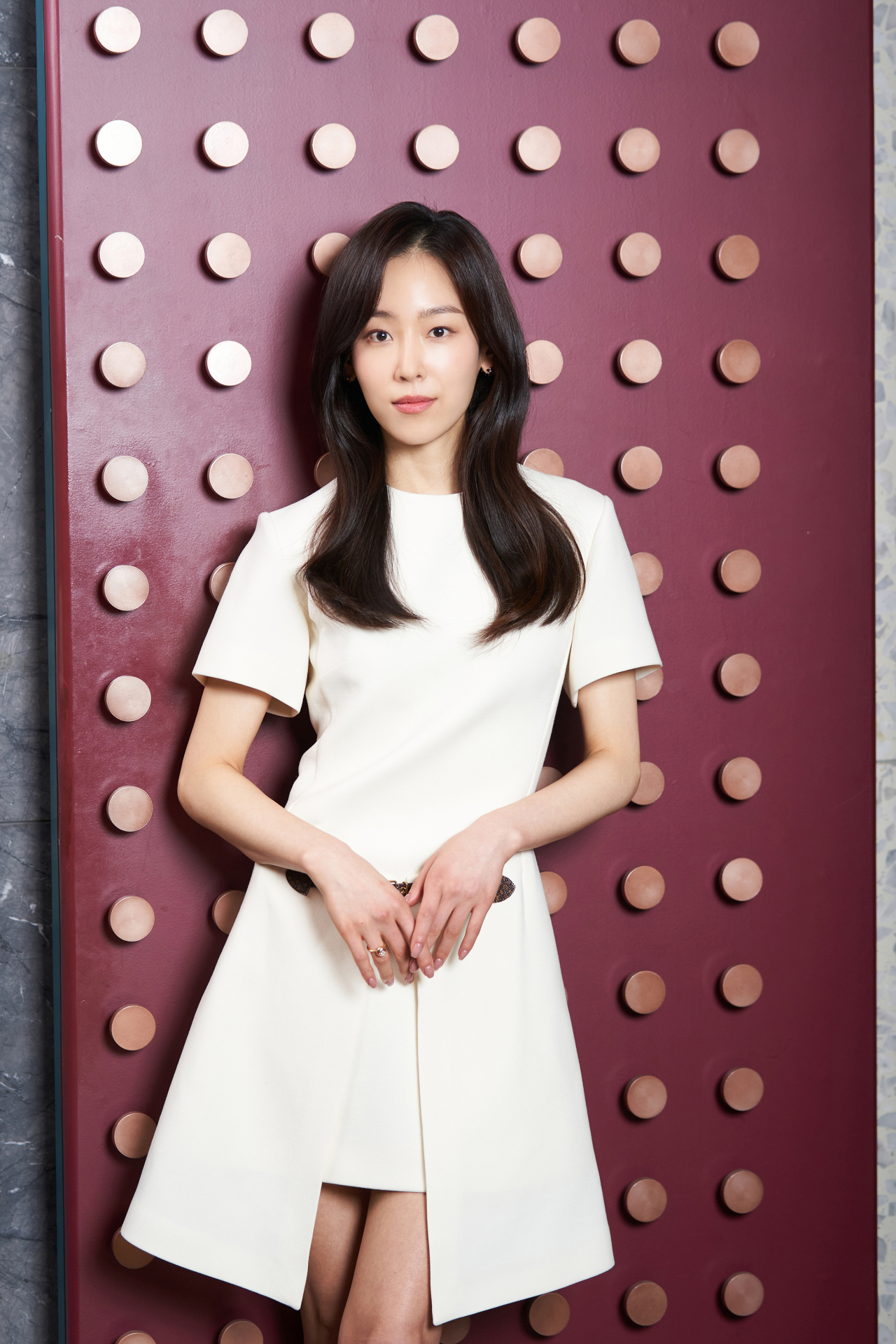 Korean actor Seo Hyun-jin (Triple Pictures)
Unlike the many drama projects that she has worked on, director Shin Youn-shick would ask Seo how she wanted to move around in her scenes and set up the camera accordingly.

“Everything was new to me. For dramas, I usually have to work within a limited angle,“ Seo said.

“Also if it was drama, we would not be able to include scenes like my character’s unintentional urination or suicide attempt. I think certain scenes can only be featured in films,” Seo noted.

She was also concerned about the movie’s emotional scenes, in which she ended up crying many times despite her efforts not to do so.

Seo explained that the director’s deep trust in the actors was the solution to the doubts that she had about those scenes.

“The director encouraged me and told me that if I genuinely felt like crying at the moment then it is the right thing to do,” she added.

Along with videos of Alzheimer’s patients, she said her first-hand experience of watching her grandmother suffering from the disease helped her a lot in creating a realistic character.

“My grandmother suffered from Alzheimer’s. When performing, I had her gesture and posture in mind,” she said. “Also, when we were filming the scene of my character taking a bath, I wondered what my grandmother did while taking a bath, so I asked my mother. She said my grandmother thought that she was in a swimming pool. So in the movie, I tried playing with water.”

When asked who she wants to watch the film with, Seo said her dad, who she described as extremely talkative. 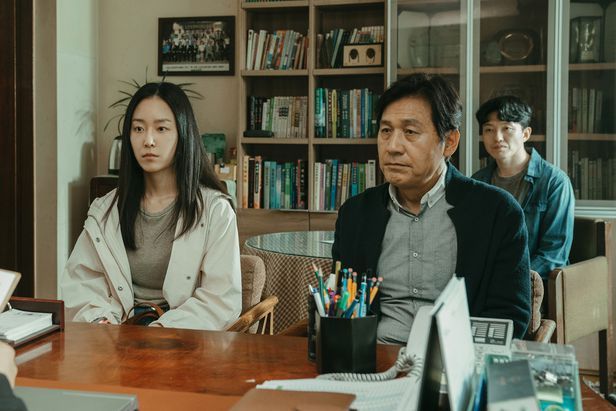 A scene from “Cassiopeia” directed by Shin Youn-shick (Triple Pictures)
“One day my brother told me this story that made me cried a lot - my brother hugged our dad from behind when my dad was talking a lot as usual. This made my dad speechless for a long time. I cried a lot after hearing this story because I realized that he talked a lot because he is lonely,” Seo started tearing up while sharing this anecdote about his dad. “Anyways so I want to watch it with my dad.”