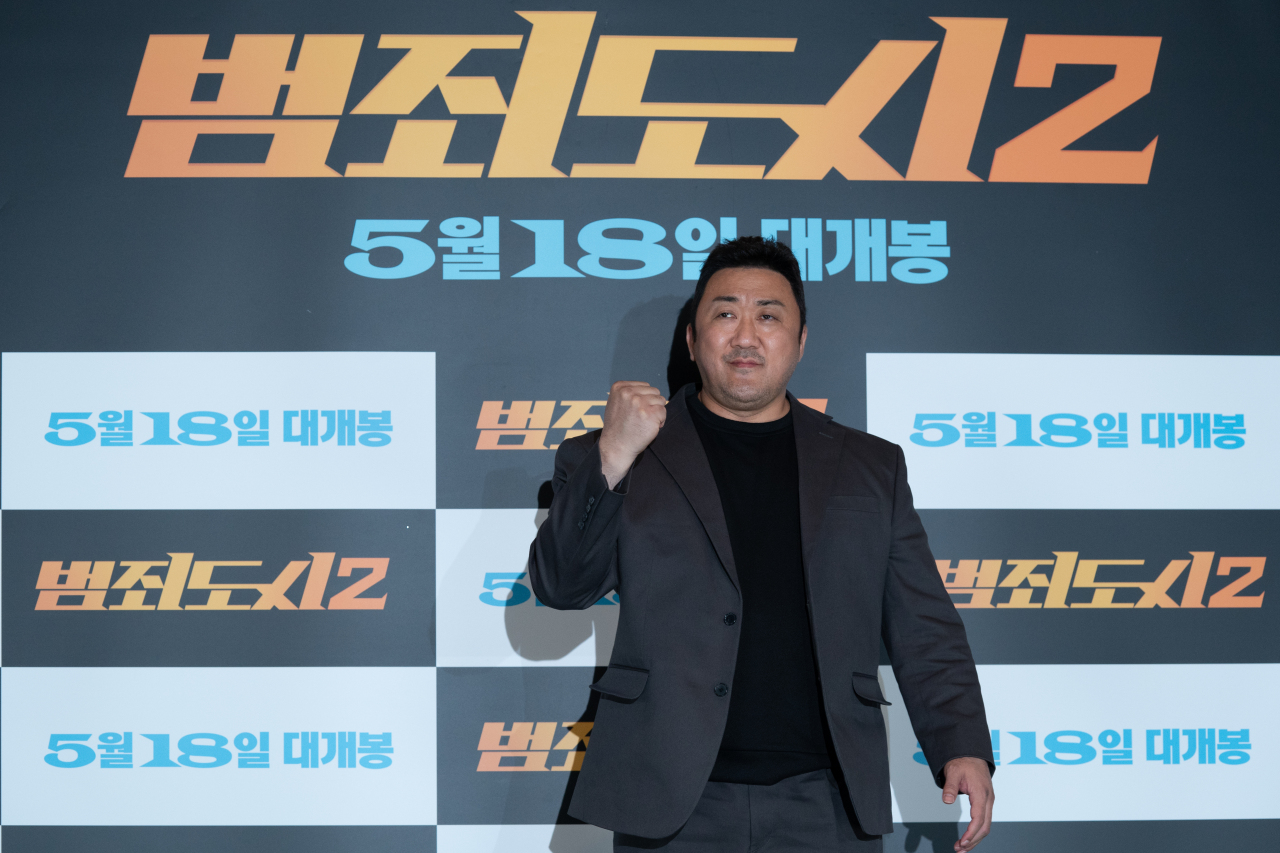 Korean American actor Don Lee, better known as Ma Dong-seok in Korea, is returning as a beast-like cop called Ma Seok-do in “The Roundup,” a sequel to the hit crime film “The Outlaws” (2017).

“What differentiates the film (from the first movie) is that it has a different villain. Also, the scale of the crime differs, as well as the process of how the cops catch them. The jokes and action in the film were also upgraded,” Lee said during a global press conference held at the Megabox Coex theater in Samseong-dong, Gangnam-gu, Seoul on Wednesday. Foreign reporters from countries like Hong Kong and the US watched the event online, while Korean reporters were present at the theater.

Actor Lee is also the executive producer of both films. The first featured the impressive villain character Jang Chen (Yoon Kye-Sang), who was recreated in many viral memes and parody content here.

In the new movie, cop Ma Seok-do heads to Vietnam to extradite a suspect. But soon after his arrival, he discovers murder cases and finds out that the vicious killer (Son Sook-ku) has been committing crimes against Korean tourists for several years.

Lee talked in more detail about the new villain, comparing Son’s character to a “lion” and Yoon’s to a “tiger.”

“I compared them to a lion and a tiger because the two wild beasts are both cruel and vicious, and it is impossible to say which animal is stronger than the other. They are all wild beasts with their own characteristics,” he explained.

Son could not be present at the press conference since he was in the Philippines filming the Disney+ original series “Casino.”

Lee added that the plan to create this sequel was set from the beginning and expressed his excitement to introduce it.

“I cannot say all the details now, but even before we wrote the script for the first movie, we already had eight franchise series in our minds,” Lee said. “For each of the eight films, I had all the stories that I wanted to tell. I want to make them one by one, so I am grateful that we can make this now into a franchise film.”

The actor also shared why he decided to be the executive producer of this project.

“As an actor, I really wanted to play a cop in an action movie, but I never got those roles. So I had the desire to make one myself and try it,” he said.

One of the notable factors during the press screening event held before the press conference were the numerous scenes in the sequel that made reporters burst out laughing. 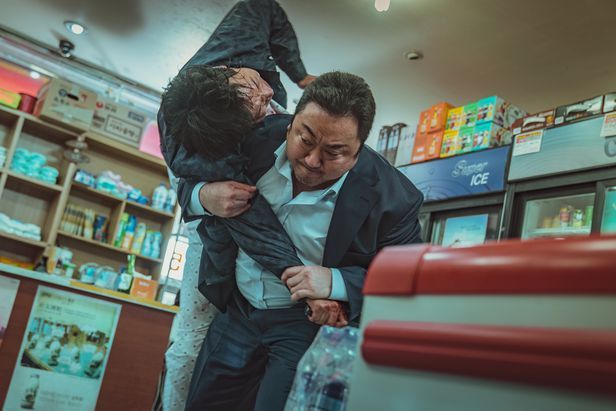 The actor Lee highlighted that he put a lot of effort into creating those humorous scenes in the movie.

“The film is featuring a realistic story, but since it is also a popcorn movie, we tried to add humor and entertaining elements to it,” Lee said. “When creating the script, I worked with the director and we talked about a lot of humorous scenes while also reflecting reality. We made changes so many times.”

“The Roundup” directed by Lee Sang-yong will hit local theaters on May 18.