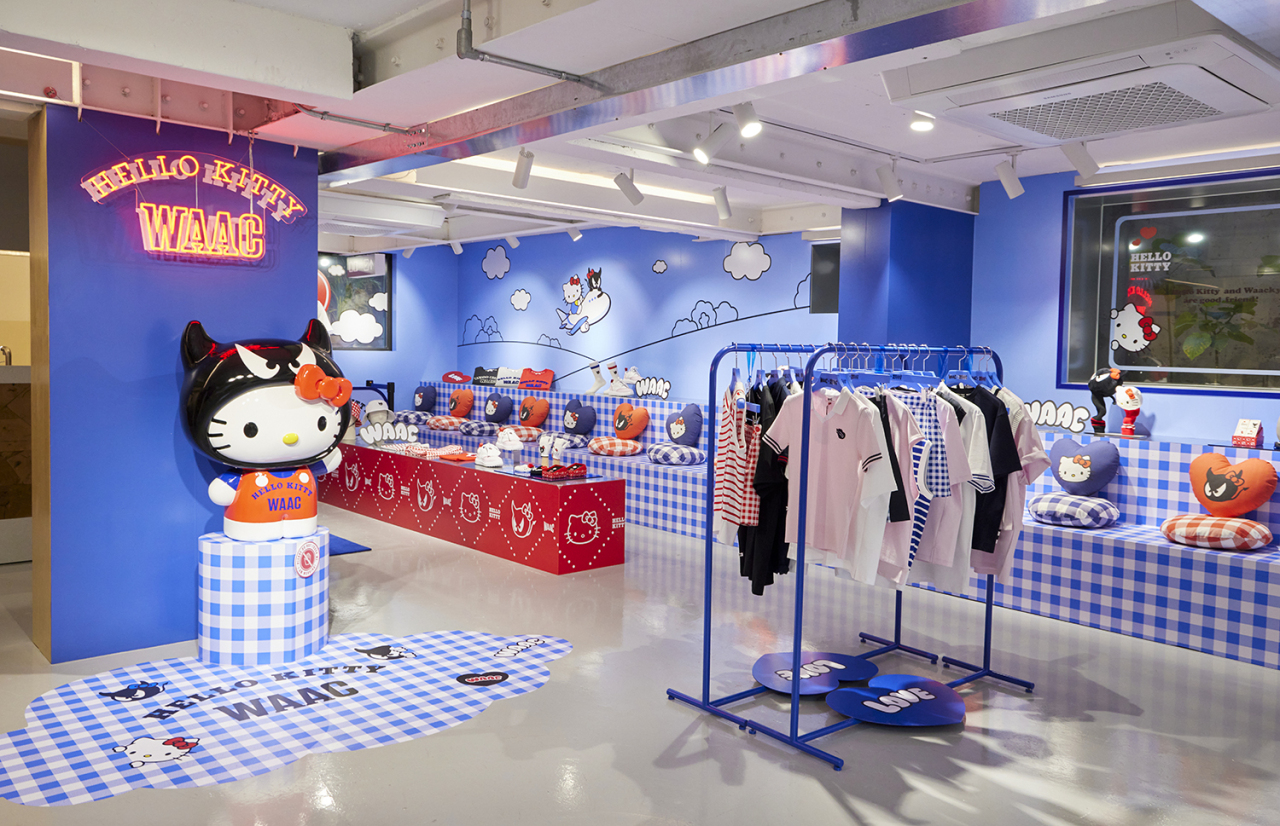 As Y2K-era fashion trends -- characterized by vivid, primary-colored outfits popular in the late 1990s and the early 2000s -- have crept their way into the closets of today’s young people, an increasing number of fashion houses are rushing to feature vintage characters on special items.

Local golf wear brand Waac has launched a collaboration project with Japan’s icon of cuteness, Hello Kitty, as part of its summer collection. With the recent move, the company will open the Hello Kitty by Waac pop-up store in Sinsa-dong, Gangnam-gu, southern Seoul, on Friday. 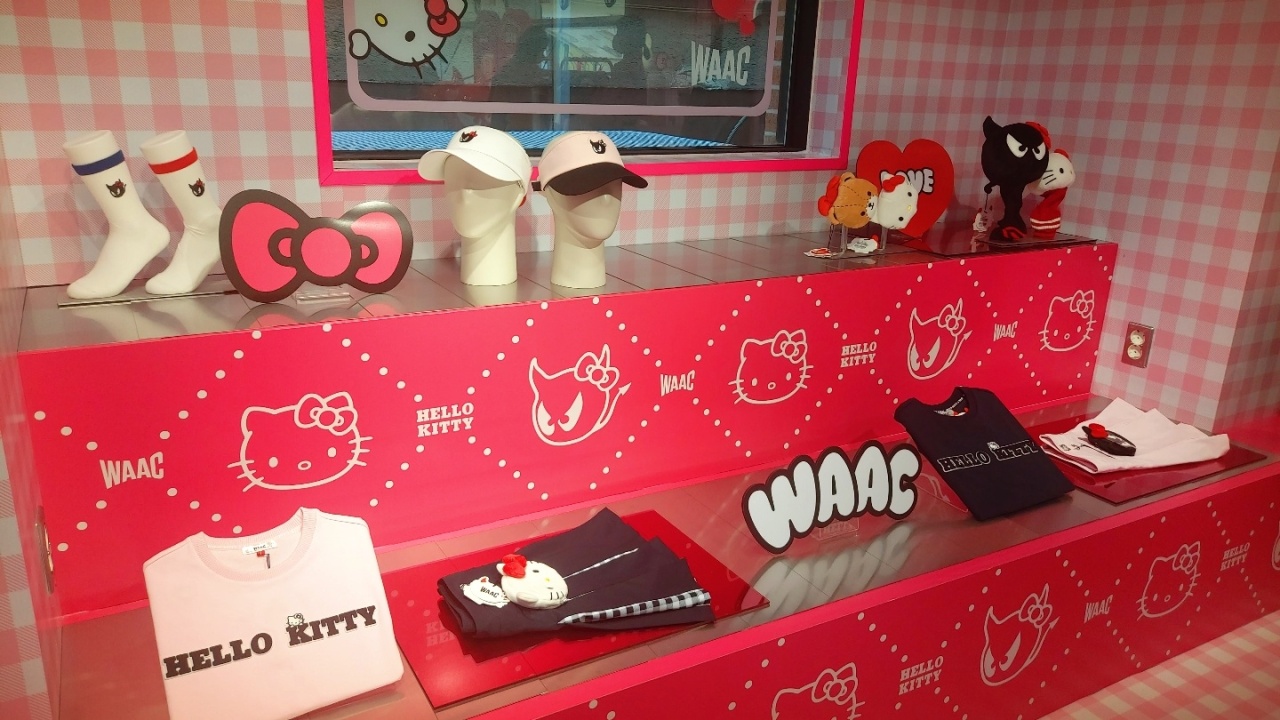 The store features collaboration items including striped knit vests, checkered seersucker pants, hats and caps and socks, all available for purchase. The collection is part of the company’s effort to attract young customers in their twenties and thirties -- known locally as Generation MZ -- by evoking childhood nostalgia, brand officials said.

“On the back of the increasing popularity of 1970s-1990s retro styles, we wanted to launch a collaboration project with a character that can draw retro-heavy nostalgia,” Kim Yoon-kyoung, chief executive officer of SuperTrain, said during the press conference held at Waac’s pop-up store on Thursday. 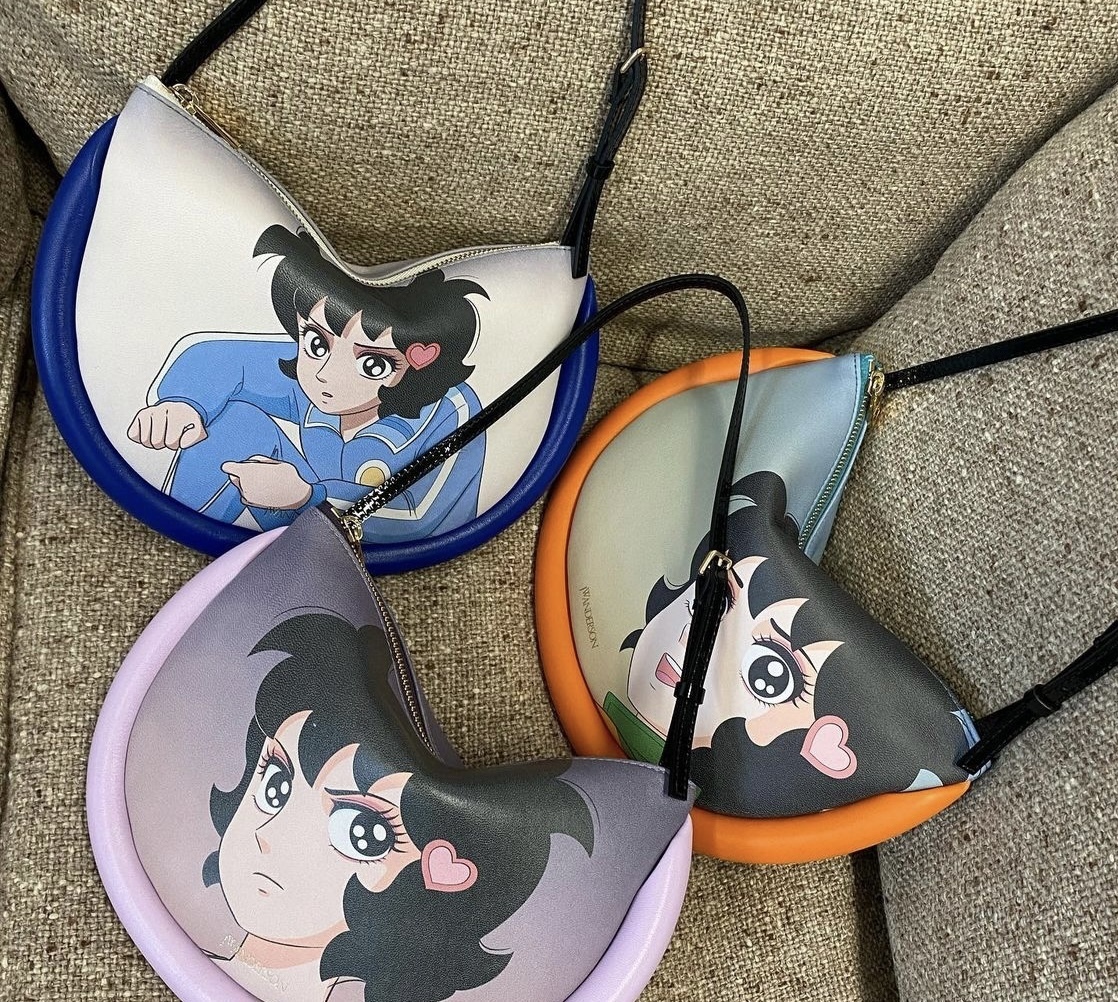 In a similar move, Hazzys, an apparel and accessories brand under leading fashion group LF, collaborated with Mimi, a character known as Korea’s Barbie, last month. The fashion retailer introduced a limited edition doll and some 1,000 items were sold out in just four days. Mimi is a domestic doll brand introduced in 1983 by Mimi World.

British fashion label JW Anderson also unveiled new bags inspired by the 1980s Korean anime series “Run Hani” via Instagram in February, hinting that the accessories will be part of the brand’s items for the fall-winter season this year. The social media posts showed a bag with a picture of the face of Hani, along with the fashion house’s logo.