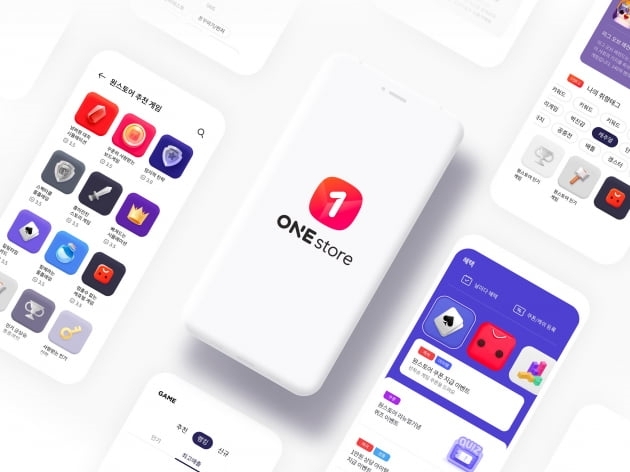 One Store’s decision comes a day after a book building of institutional investors wrapped up, in which the offering price of a common share was below its suggested price band, at between 34,300 won ($26.9) and 41,700 won apiece.

The figures have estimated One Store’s equity value at between 910 billion won and 1.1 trillion won.

The decision came in contrast with the company officials’ pledge to proceed with the IPO at all costs, as expressed in a press conference Monday. Officials including Chief Executive Officer Lee Jae-hwan touted One Store as a challenger in the app store market globally dominated by Google and Apple.

One Store said in a statement the decision is attributable to “heightening macroeconomic uncertainties that sapped investor sentiment in the stock market,” despite “positive feedback on the company fundamentals” by institutional investors.

One Store’s announcement marks the sixth of its kind, following companies including its sister company SK Shieldus and corrugated cardboard maker Tailim Paper.

Accordingly, its parent SK Square is pressured to change courses from its plan to enhance corporate value through a soft landing of its subsidiaries on the stock market.

SK Shieldus, a security services subsidiary of the investment body, also withdrew its bid to go public on Friday. The decision, combined with One Store’s case, is casting a shadow on SK Square’s plan to list more subsidiaries including e-commerce arm 11st.

SK Square’s share price hit yet another all-time low. Its shares fell 3.25 percent Wednesday. The market cap of SK Square nearly halved to 6.3 trillion won from the highest point in late November, as soon as the company was spun off from Korea’s largest mobile carrier SK Telecom.