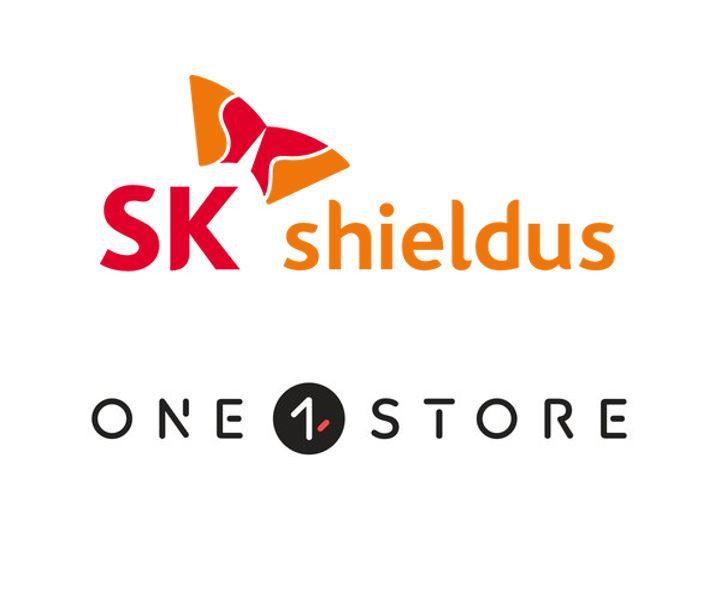 Logos of SK Shieldus and One Store
SK Square is poised for two stock market flotations of its key affiliates -- a mobile app marketplace and a security service -- on the Korea Exchange in May, filings showed Monday.

The initial public offerings of the subsidiaries will amount to up to 1.33 trillion won ($1.09 billion) if combined, in the first two attempts since SK Square was spun off from Korea’s largest telecom carrier SK Telecom.

SK Shieldus, a security service subsidiary of SK Square formerly known as ADT Caps, aims to attract up to 1.05 trillion won by offering 27.1 million shares in an IPO that is scheduled to last until May 10. NH Investment & Securities, Morgan Stanley and Credit Suisse will underwrite the IPO.

Meanwhile, One Store, a homegrown app marketplace operator for smartphones using the Android operating system, aims to float 6.66 million shares in exchange for up to 277.7 billion won. NH Investment & Securities and KB Securities will be lead underwriters of the deal.

SK Square did not immediately announce a share sale plan for either of the affiliates in the process of the IPOs, each prospectus showed.

Instead, financial investors will relish a partial exit opportunity.

Macquarie Korea Asset Management, a minority shareholder of SK Shieldus, would be able to cash in on up to 490.7 billion won, while its sales price might vary depending on the book-building result for institutional investors. A Macquarie subsidiary currently holds a 36.87 percent stake in SK Shieldus.

As for One Store, a group of minority shareholders led by Seoul-based SKS Private Equity and Kiwoom Investment looks to float their shares in return for as much as 80.69 billion won.

Korea’s capital market saw a combined 13.4 trillion won in proceeds from IPOs in the first quarter of 2022, a record quarterly figure, supported by a 12.8 trillion-won mega IPO of battery maker LG Energy Solution.

The news comes shortly after SK Square pledged to take its portfolio firms public in a shareholders meeting on March 28, in a bid to enhance SK Square’s shareholder value.