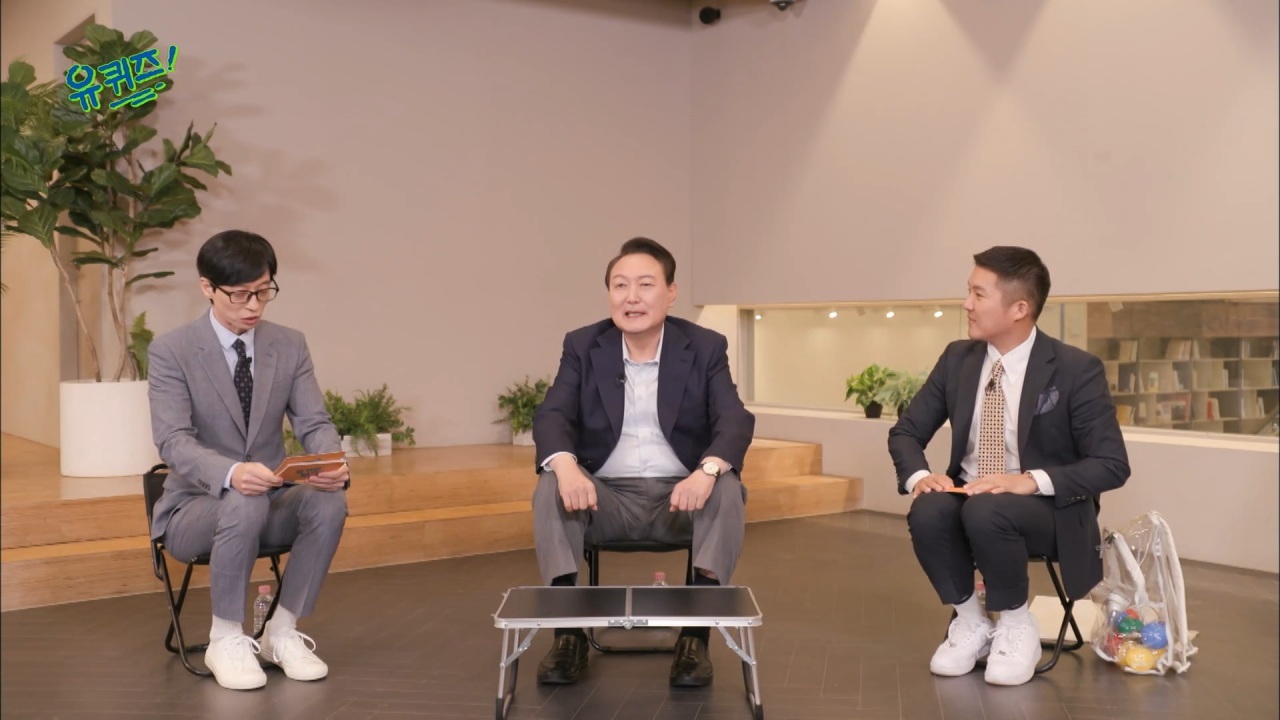 The production team of “You Quiz on the Block” on Wednesday defended its decision to cast President-elect Yoon Suk-yeol in the tvN talk show, after it came under criticism for politicizing the beloved comedy program.

“Faced with an unexpected result, we agonized, reflected on our actions, and were in pain. Like everyone else, we worked week by week with sincerity. So we can speak with pride,” the team said in a statement aired after the end of the latest episode on Wednesday.

“Please do not ruin our flower garden. The flower garden belongs to people who are more beautiful than flowers. People will know in time. This is a journal written with the heart of the production team so that we will not be ashamed of ourselves in the future.“

The team, in the short clip titled “My Production Journal,” also spoke up for the two talk show hosts -- Yoo Jae-suk and Jo Se-ho -- who had also been dragged into the controversy.

“He (Yoo) is a person who stays strong when facing his own difficulties, but is sensitive and can empathize deeply with the hardships of others. Yoo Jae-suk was sincere in every moment, and Jo Se-ho made Yoo be himself,” the production team said.

Yoon was the first politician to appear as a guest since the show was launched in 2018. His appearance on April 20 sparked criticism from viewers and the general public who argue that interviewing a politician on the show was inappropriate given its style and stated purpose was to meet ordinary people from different walks of life.

Public anger mounted after Tak Hyun-min, the protocol secretary to the president, revealed that the tvN production team also declined to have President Moon Jae-in on the show.

The agency of the veteran comedian, facing criticisms and allegations concerning his political stance, on Monday announced that it would take legal action against those who write hateful comments concerning Yoo.