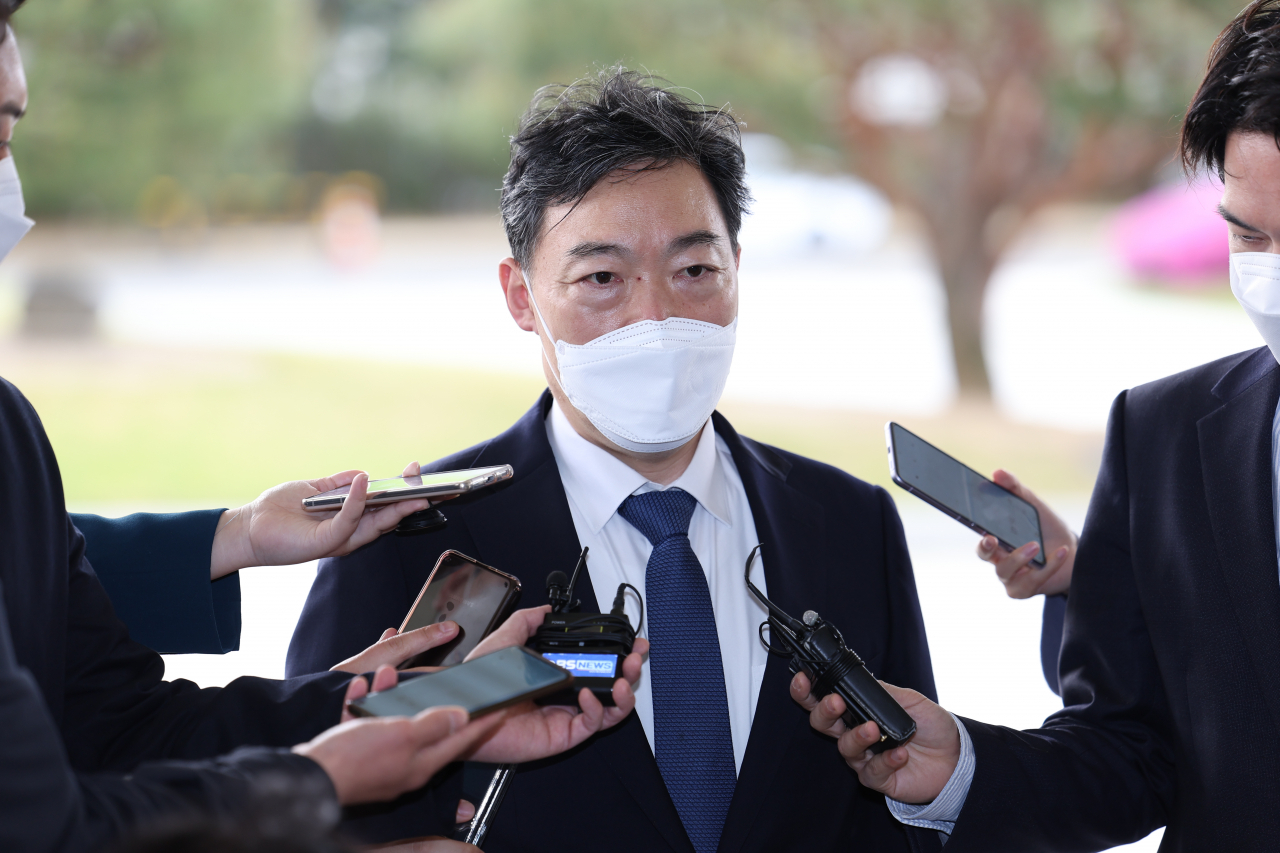 Prosecutor General Kim Oh-soo, his deputy and the chiefs of all six high prosecutors' offices across the nation offered to resign en masse Friday after the ruling and opposition parties agreed on legislation that would reduce and eventually scrap the prosecution's investigative powers.

The unprecedented move came after the ruling Democratic Party and the main opposition People Power Party reached agreement on prosecution reform legislation in a breakthrough compromise that defused tensions over the DP's push to strip the prosecution of its investigative powers.

Prosecutors, however, strongly protested the agreement. The Supreme Prosecutors Office issued a statement saying it "firmly opposes" the proposal by National Assembly Speaker Park Byeong-seug, arguing that it merely postpones the timing of the DP's plan and contains "serious procedural problems."

The DP has pushed for the set of amendments to the Prosecutors' Office Act and the Criminal Procedure Act as part of efforts to reform the prosecution that has been accused of abusing its power for political and other purposes.

The compromise deal, brokered by Park Byeong-seug, calls for separating the prosecution's powers of investigation and indictment, with the agency temporarily keeping its investigative right, while reducing the number of crime types that the prosecution is allowed to investigate to two -- corruption and economic crimes -- from the current six.

The deal also calls for scrapping the prosecution's investigative power after the capabilities of other investigative authorities improve, and creating a special judiciary reform committee to discuss the establishment of a major crime investigative unit like the US Federal Bureau of Investigation.

"The proposal hasn't really changed from the current legislation and just shows its intent aimed at hindering probes into political circles," one prosecutor based in Seoul said.

Another prosecutor argued the deal was intended to "pursue a step-by-step annihilation of the prosecution" while others questioned whether it was right for only the police to handle major cases, such as industrial hazard accidents, in the future. (Yonhap)