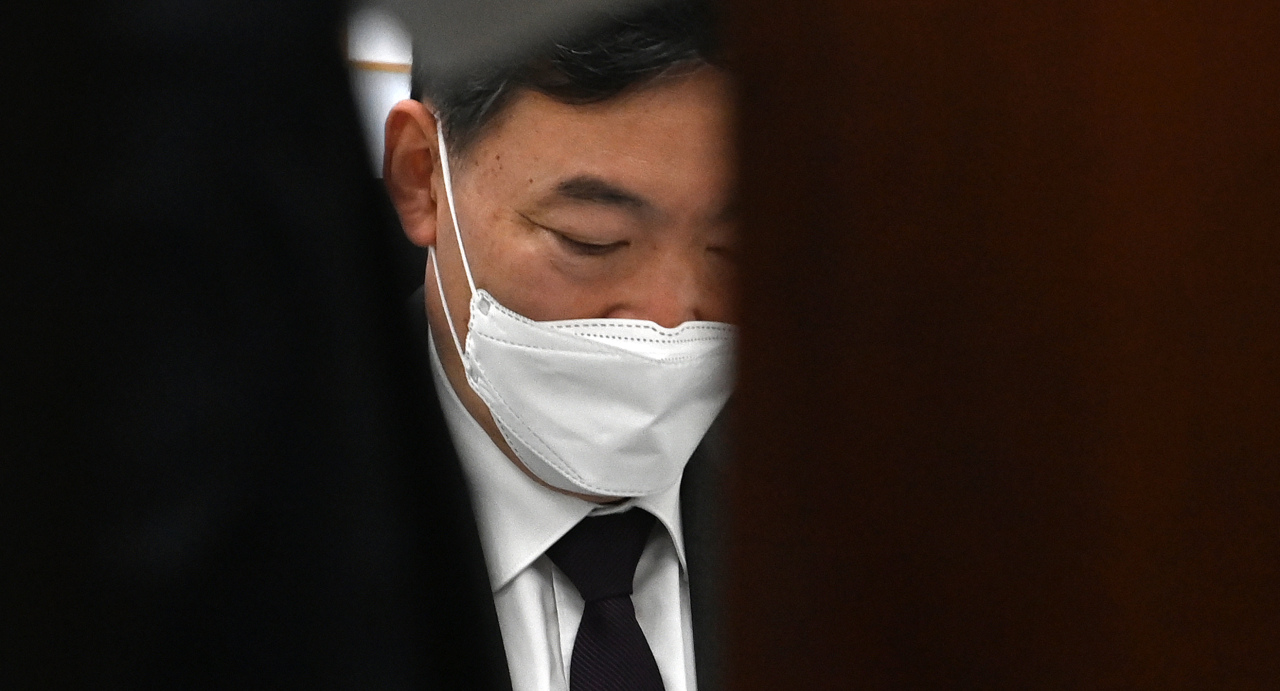 “I feel responsible for the legislative process of abolishing the prosecution’s investigation function as the prosecution was again pointed out as a target of reform,” Kim said in a written statement released on the day.

“As the prosecutor general, I submitted my resignation to the minister of justice to take responsibility for this conflict and disturbance,” he said.

Kim said he “sincerely hoped” that his resignation would serve as a small opportunity for lawmakers to reconsider the revisions.

Despite strong opposition from the prosecution and the main opposition People Power Party, the Democratic Party proposed revisions to the Prosecutor’s Office Act and the Criminal Procedure Act, respectively, on Friday afternoon.

On Friday morning, Kim visited the National Assembly and continued to express objection to the ruling party’s move to enact legislation to deprive it of its remaining investigative powers.

Before meeting National Assembly Speaker Park Byeong-seug, the top prosecutor pointed out the bill’s problems to reporters, and reiterated that it should go through sufficient agreement.

“This bill should be fully discussed by setting up a special committee on criminal justice system reform involving the Ministry of Justice, prosecutors, courts and police,” Kim said.

He called on lawmakers to proceed with the impeachment process against him, who is in charge of the prosecution, before proceeding with the legislative process, if the prosecution did something wrong. “The prosecutor general is responsible for everything, and I am willing to take responsibility.”