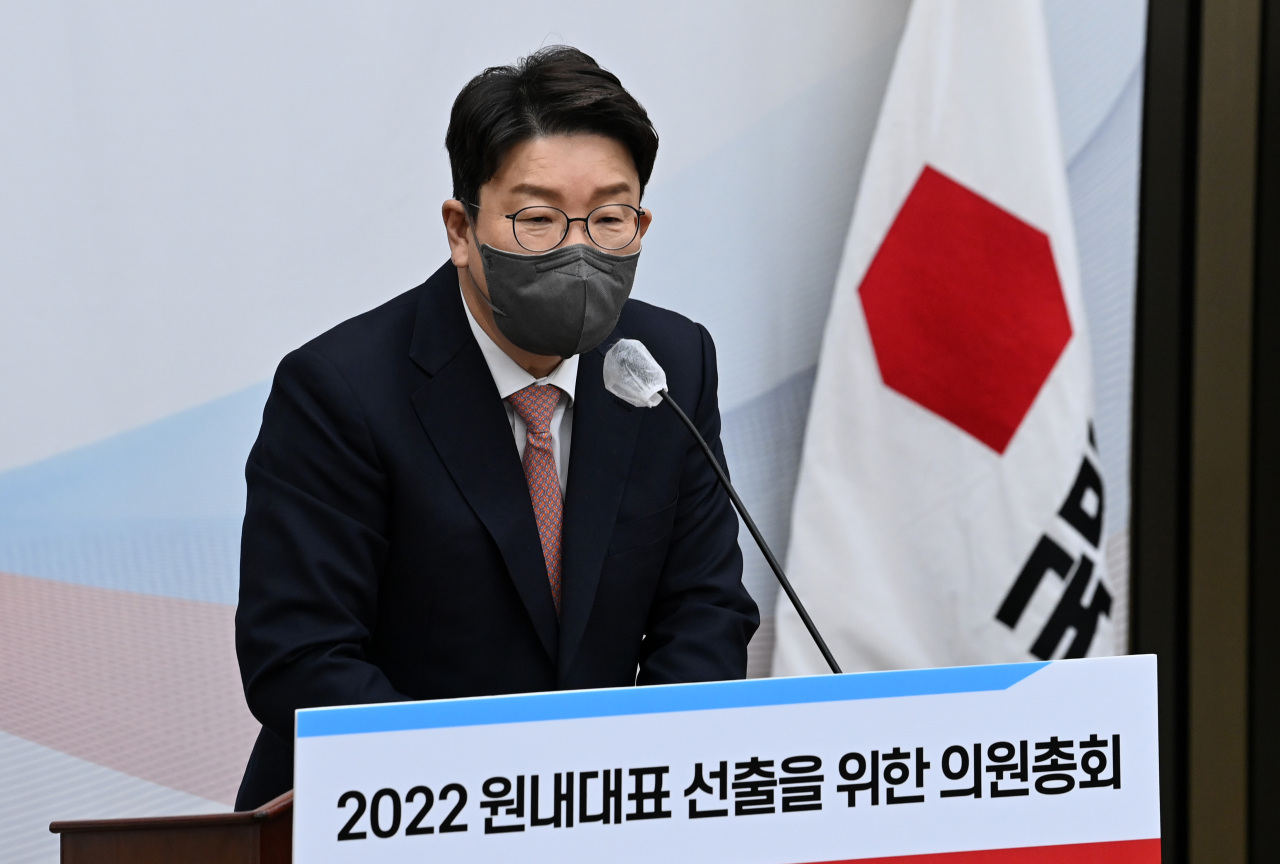 Kweon, one of the figures closest to Yoon, was up against Rep. Cho Hae-jin, who essentially has no ties to the president-elect. Kweon, a four-term legislator, was widely expected to win the internal election due to the belief of many colleagues that he is a figure well suited to orchestrate harmony with the administrative branch.

Out of 102 votes cast among People Power Party legislators, Kweon earned 81 against Cho with 21 votes.

The floor leader election was originally slated to be held near the end of the month after the end of the one-year term for Rep. Kim Gi-hyeon. But Kim resigned from the post Thursday as he wanted the party to quickly elect a new leader and adopt fresh leadership.

The new elected floor leader will face an uphill battle in the National Assembly, where the People Power Party, which controls 110 out of the 300 legislative seats, has to compete against its main rival Democratic Party of Korea with 172 seats.

The Democratic Party has already warned of tough vetting for Yoon’s ministerial nominees, meaning the new floor leader will have to corral People Power Party legislators into forming a united front.

The People Power Party worries it may face the same criticism as the Moon Jae-in administration in personnel appointments. The Moon administration appointed about a third of its minister-level personnel without the parliament adopting a confirmation hearing report.