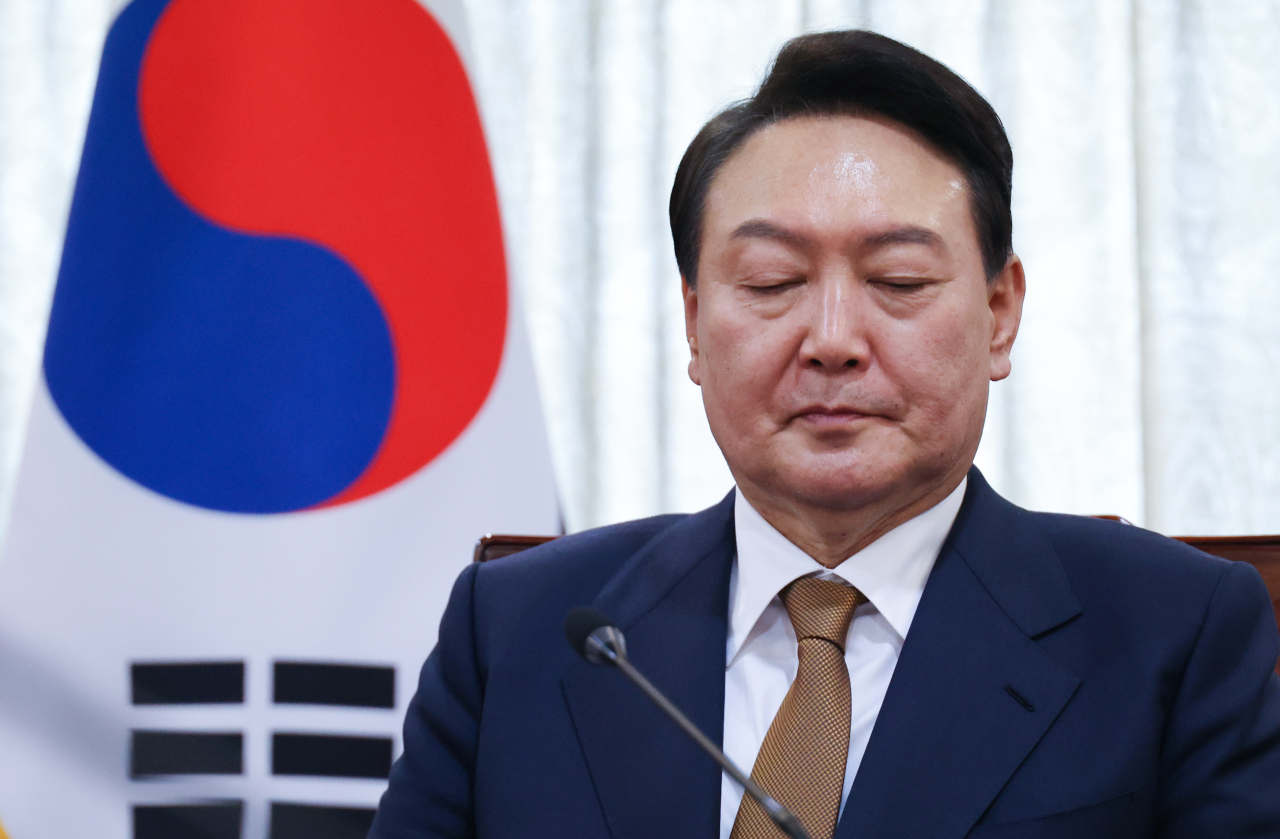 Yoon stressed Seoul-Tokyo relations as a priority during his campaign, and expectations have risen since his election win. Yoon is reportedly considering sending a delegation to Japan for policy coordination and to meet with Japanese Prime Minister Fumio Kishida around May.

Before Yoon could put his words into action, however, an issue pertaining to Japanese history textbooks arose.

In late March, Japan released evaluations of its textbooks, including history and geography. The textbooks include the claim that Dokdo is Japanese territory. Expressions such as the “coercion” of Japanese colonial-era Koreans, which was previously included, was modified to expressions such as “mobilization.”

Seoul’s Foreign Ministry immediately expressed “deep regrets” and urged Tokyo to address the problem, describing the move as a distortion of historical truths. It also called in Naoki Kumagai, deputy chief of mission at the Japanese Embassy in Seoul, to deliver a message of formal protest. The Education Ministry expressed regret, saying the textbooks are based on Japan’s own country-centered view of history.

Yoon has remained silent over the issue for several days.

When the Democratic Party of Korea accused Yoon of staying silent, Yoon’s office said that Yoon has refrained from commenting on the issue as the Moon Jae-in administration is still Tokyo’s diplomatic counterpart.

But Yoon’s office has expressed opinion on other diplomatic matters. The presidential transition committee called North Korea’s test launch of an intercontinental ballistic missile a “significant provocation” and strongly condemned it.

It also asked the Korean Intellectual Property Office to actively play a role in preventing technology theft and leakage amid strong competition between the US and China for technology hegemony.

Yoon, who wants to have “future-oriented relations” with Japan, should express a clear stance on the thorny issues, including Dokdo, comfort women and forced labor, to truly restore relations with the country, experts say. Otherwise, Japan could strategically take advantage of the period of Korean regime change to push for policies in its favor.

“Japan wants to do this quickly and demand the new Korean government as it is,” said professor Lee Young-chae of Keisen University in Tokyo.

“Japan sees that Yoon Suk-yeol may not have a stronger position (against Japan) than Moon. So it wants to make its position on Dokdo and history textbooks much clearer during Yoon’s administration,” he said.

What Japan wants is to emphasize its position on historical issues and to only seek to cooperate on the North Korean nuclear issues and the Korea-US-Japan alliance, the professor said.

“However, if we let it slide, it can cause public outrage and distort the relationship with Japan even more,” Lee said.

It is true that Korea-Japan relations should be improved, but resolving the relationship without making a clear position on the thorny issues could make that more difficult, Lee added.

Professor Yuji Hosaka of Sejong University said that although Yoon has vowed to restore the relationship with Japan, it is not an easy task for any president.

“The key problems of Korea-Japan relations are Dokdo, forced labor and comfort women. They did not begin during the Moon Jae-in government but lasted for more than a decade,” Hosaka said.

All three issues came to the fore around 2011 during the former Lee Myung-bak administration, but final rulings were made during Moon’s administration.

The relationship between Korea and Japan began to sour in earnest when former President Lee visited Dokdo in protest of Japan’s negligence on comfort women issues. Park Geun-hye’s administration also had intense conflicts with former Prime Minister Shinzo Abe over the same problem, saying she would not have a summit unless the issue were resolved.

“Too many things are complicatedly intertwined in relations with Japan, so it’s not easy to put them on the table at once as a grand bargain as Yoon pledged,” Hosaka said. “Each agenda is very complicated, so we have to solve it one by one. Whoever becomes president, it is a very complicated issue to solve.”