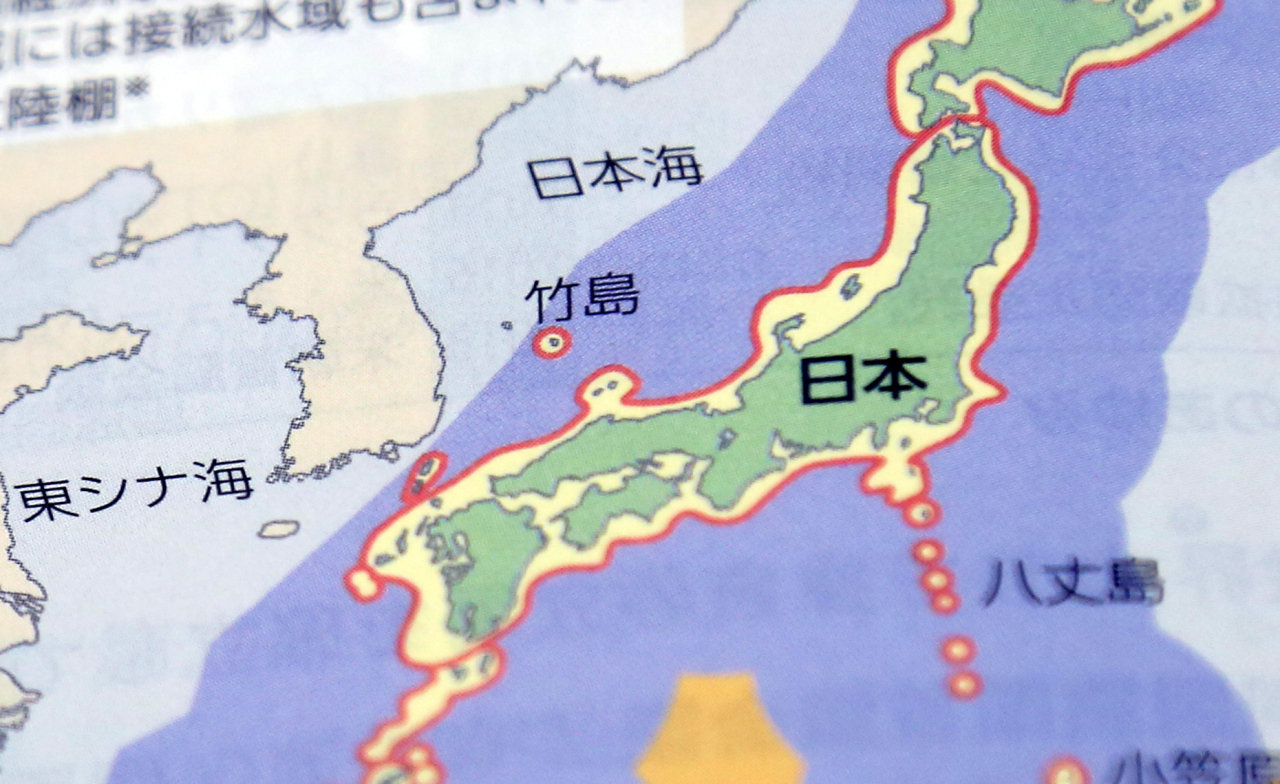 This photo shows a Japanese high school textbook approved by the government on Tuesday, which lays territorial claim to South Korea's easternmost islets of Dokdo. (Yonhap)
South Korea on Tuesday protested against Japan’s approval of textbooks that it said distorted history by renewing claims over disputed islands and removing words that show the coercive nature of Japan’s wartime forced labor and sexual slavery.

The Ministry of Foreign Affairs, in a statement, expressed “deep regret” over the Japanese government’s approval of textbooks that distort historical facts to suit its own perspective, and urged Tokyo to immediately redress the issue.

A textbook screening committee under Japan’s Education Ministry approved 239 textbooks for second and third year on Tuesday afternoon. In some of the textbooks, Japan has removed the term “forced mobilization” and changed to “mobilization” or “conscription,” when describing Koreans forced into hard labor at Japan’s mines and industrial facilities during Japan’s brutal colonial rule of the Korean Peninsula from 1910-45, according to Yonhap News Agency.

It also excluded the term “wartime comfort women” in another textbook.
Japan also renewed territorial claims over Dokdo islets, as its “inherent territory” in 12 textbooks.

“We strongly protest the Japanese government’s approval of textbooks containing futile claims over Dokdo, which is our inherent territory historically, geographically and by international law, and clearly state that we cannot accept any Japanese claims on Dokdo,” the ministry’s spokesperson Choi Young-sam said in a statement.

The long-running row over who rightfully controls Dokdo has been a recurring source of tension between the two neighbors, as Tokyo continues to lay sovereignty claims in its policy papers, public remarks and school textbooks.

The ministry also expressed strong regrets over Japan’s watering-down the coercive nature in describing sexual slavery victims and forced labor, and urged the government to provide history education based on “spirit of apology.”

It called for Japanese government to face history and show a more responsible attitude toward youth education.