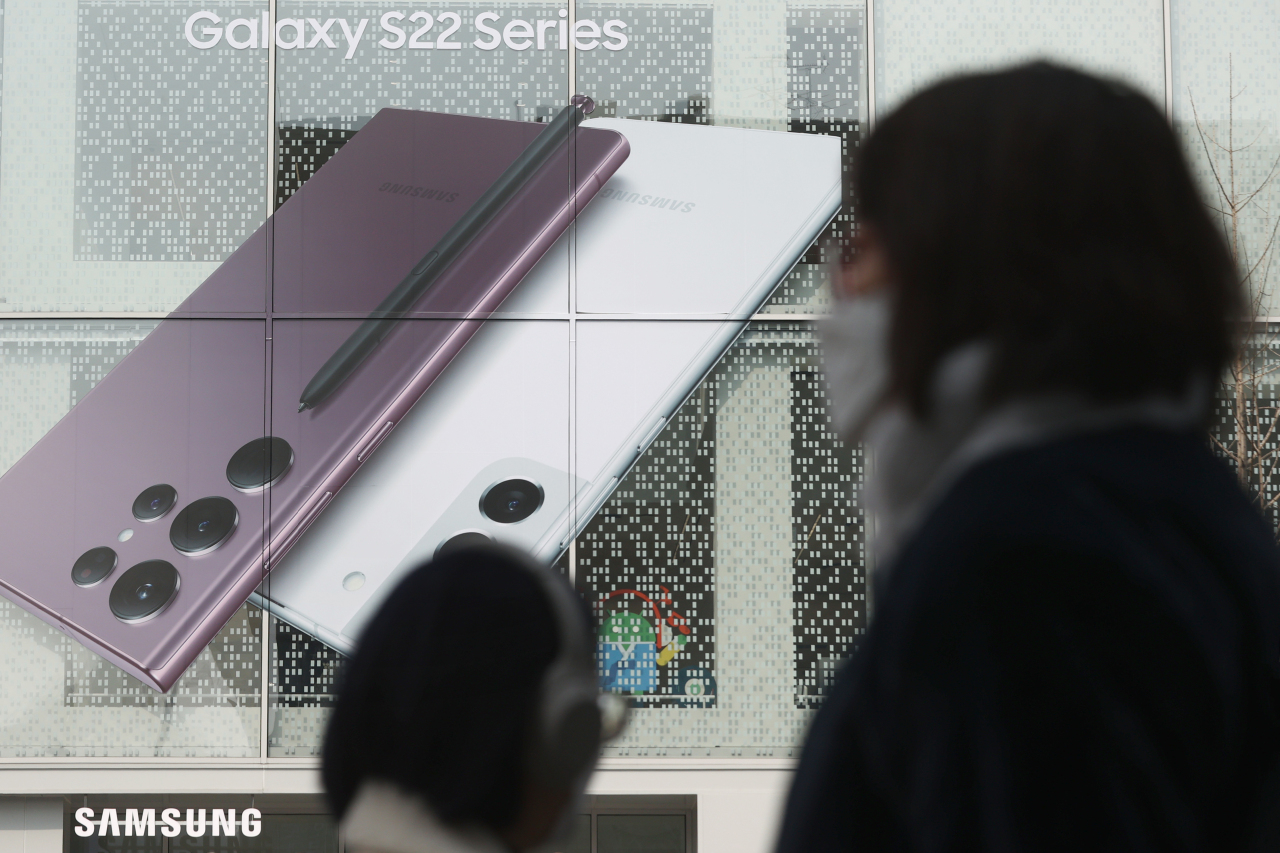 An outdoor advertisement shows Galaxy S22 gadgets at a Samsung Electronics store in Seoul on March 8. (Yonhap)
A public apology delivered by a Samsung Electronics CEO earlier this month and a software update are not enough to conciliate customers’ anger, a US attorney claimed, urging the tech giant to provide compensation.

Customers are disappointed largely because Samsung sold devices that are not what they meant to be and not as premium as they were promoted in terms of phone and battery performance, said David Buchanan, a partner at Seeger Weiss in New Jersey who is suing Samsung on behalf of three Samsung phone owners.

“The truth is that Samsung’s update and CEO Han Jong-hee’s statements in response to public outcry do nothing to redress the vast harm the company’s wrongful actions already inflicted on consumers,” Buchanan told The Korea Herald in an email interview.

“As a result of Samsung’s misrepresentations and concealments, consumers bought Samsung smartphones they would not have otherwise purchased and overpaid for premium characteristics they did not receive.”

Samsung co-Chief Executive Officer Han Jong-hee apologized during a shareholders meeting on March 16 over accusations that the smartphone maker had used a built-in app to regulate the device performance and had allegedly exempted benchmarking apps including GeekBench from throttling. Samsung also offered an update that enabled users of its latest Galaxy S22 series and Galaxy S8 Tab to turn off the built-in Game Optimizing Service app.

Lawyers for the three individuals, who bought the Samsung S22 devices and other models, have filed on March 11 a class action suit against Samsung in the US District Court in New Jersey, seeking an undisclosed amount of damages.

The New Jersey-based law firm accused Samsung of fraud and unjust enrichment, as well as violation of the consumer protection act in select states, among others, the filing showed.

Samsung Electronics is facing lawsuits at home too.

South Korean law firm A.Part, representing 1,885 Korean owners of Samsung devices who were not aware of the performance-throttling app, filed a complaint on Thursday with Seoul Central District Court against Samsung on charges of violating the Act on Fair Labeling and Advertising and the Civil Act.

Each plaintiff is seeking a 300,000 won ($245.7) compensation for each device he or she holds. The second batch of over 1,000 individuals is to file a similar suit in early April.

Though class and collective actions are not available in South Korea, Buchanan said he is open to discussion with the Korean lawyers representing thousands of Samsung phone owners.

“We would welcome a conversation with attorneys in Korea pursuing civil claims against Samsung,” he said.

“While the legal systems of our two countries are distinct, it appears that we share a common cause in holding Samsung accountable for its misrepresentations, deceptions, and omissions and seeking justice for consumers harmed by the company’s misconduct.” 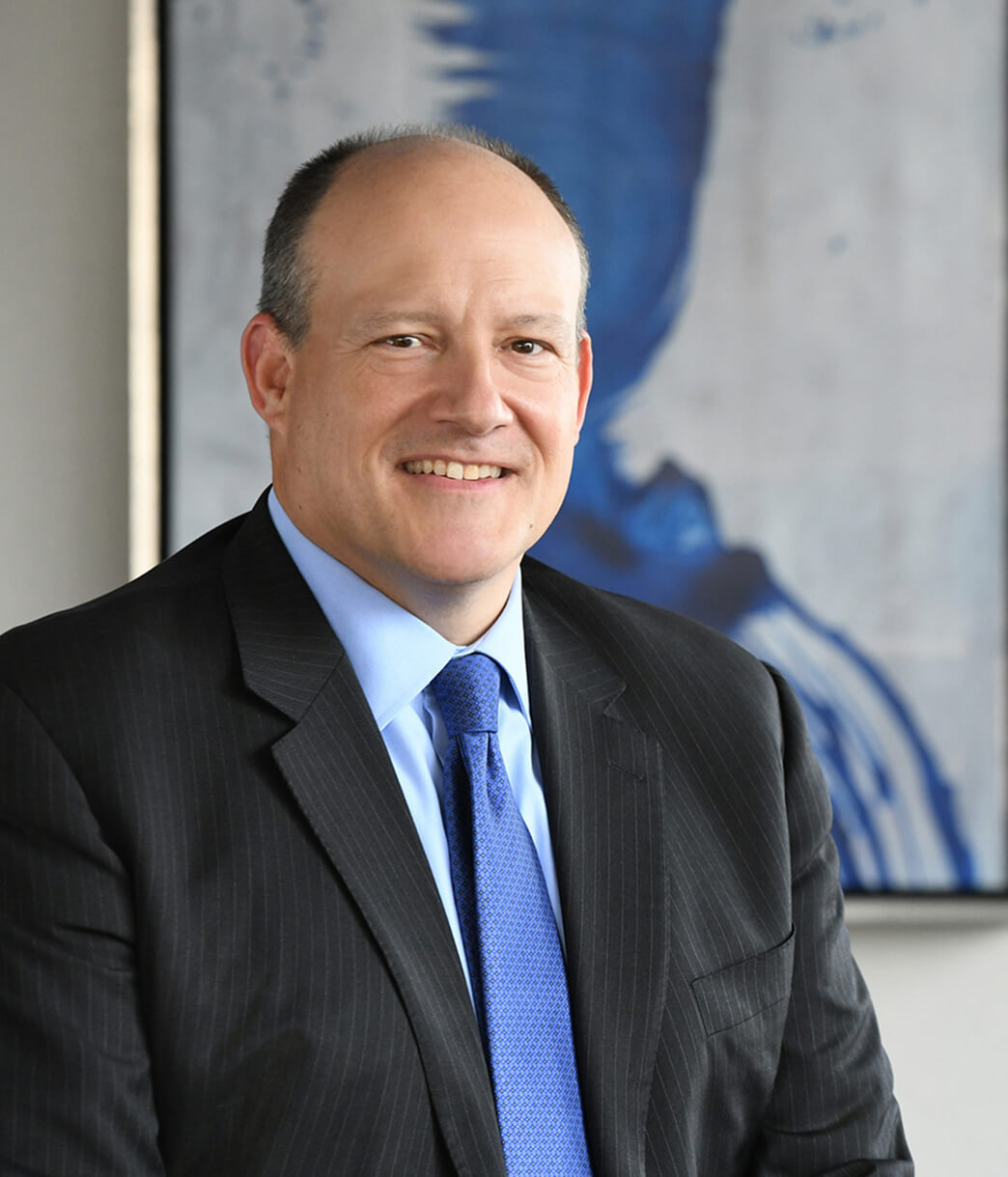 Seeger Weiss partner David Buchanan (Seeger Weiss)
In the class action suit, Seeger Weiss looks to take discovery, a US legal process to obtain evidence from parties, in order to require Samsung to turn over relevant documents about the full extent of GOS throttling.

Users in Korea claimed that Samsung’s GOS app -- designed to prevent overheating during long game play -- had been slowing down the performance of at least 10,000 apps, not limited to mobile games on flagship Galaxy S22 gadgets and their predecessors S10, S20, S21, as well as their variants like Ultra and FE. They also claimed that Samsung’s One UI 4.0 update for mobile software customization discouraged users from opting out of running the built-in GOS app.

GeekBench, which measures the processor and memory performance of electronic devices to allow users to compare devices, has started delisting Samsung devices subject to the GOS app throttling from its table showing test results.