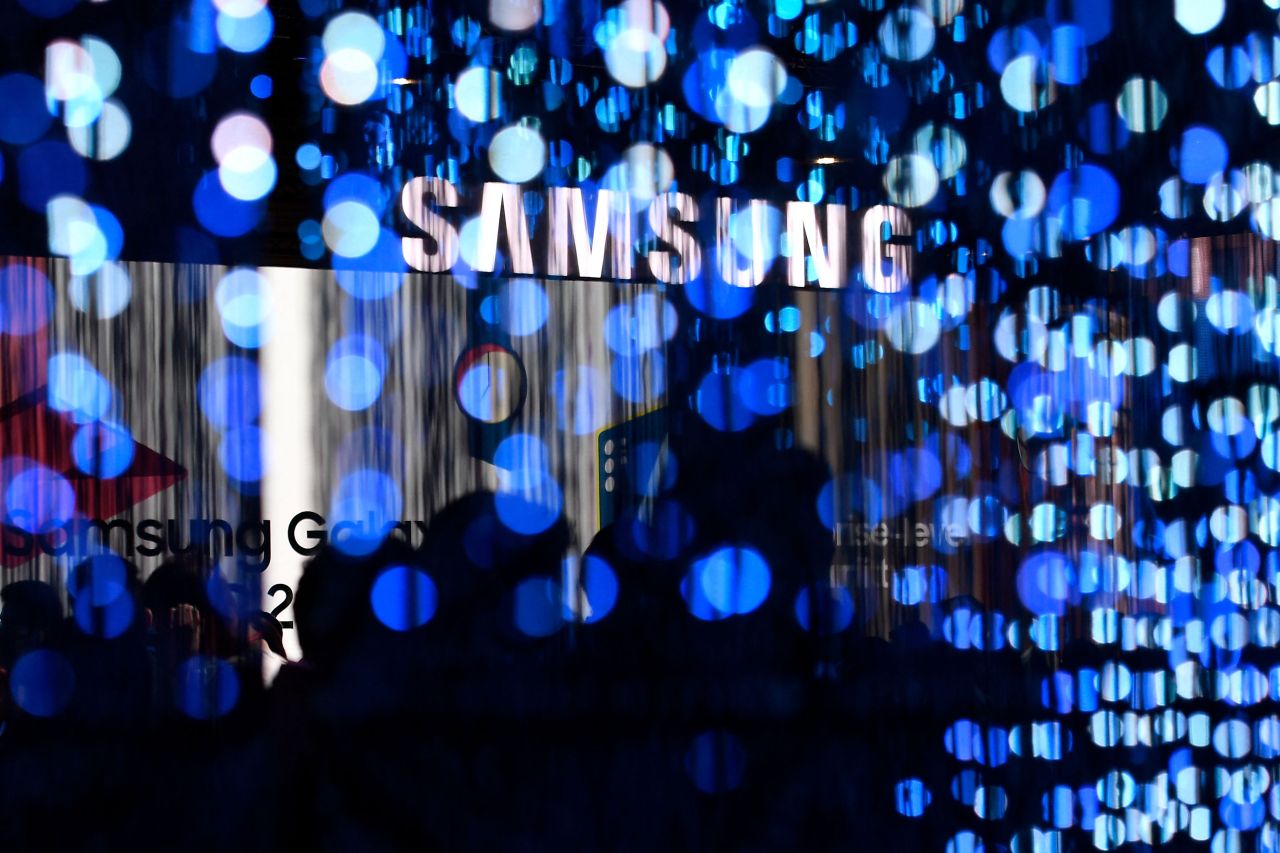 A Samsung logo is displayed at the MWC in Barcelona on March 2. (AFP-Yonhap)
The National Pension Service, the second-largest shareholder of South Korean tech giant Samsung Electronics, is poised to vote against Kyung Kye-hyun, who was named head of Samsung’s chip business in December, a disclosure showed Sunday.

Kyung was one of three board member nominees to be opposed by NPS, along with former Samsung SDS Chief Operations Officer Park Hark-kyu and incumbent outside board member Kim Han-jo, who is to extend his term.

The news comes as Kyung’s shareholder approval Wednesday is crucial to opening the doors to his leadership position in the world’s largest memory chip maker, which is also dedicated to processors and outsourced chip manufacturing.

Kyung is a semiconductor chip design expert, who is behind the world’s first 3D vertical NAND flash product, according to Samsung. Before being nominated for promotion to Samsung Electronics CEO, Kyung was the chief of Samsung Electro-Mechanics.

All nominees, including Kyung, require a half of all votes to make their way into Samsung’s boardroom.

Han Jong-hee, head of Samsung’s smartphone and home appliance operations, is currently the only CEO of Samsung Electronics among board of directors, as three predecessors -- Kim Ki-nam, Ko Dong-jin and Kim Hyun-suk -- stepped down from the top post in February.

Meanwhile, NPS said it would vote for Roh Tae-moon, the president and head of smartphone business who is embroiled in controversy over benchmark-rigging and regulating the real-life performance of the latest flagship Galaxy phones.

A Samsung Electronics shareholders meeting is scheduled for Wednesday, while electronic voting has been underway since March 6 and is to end Tuesday.