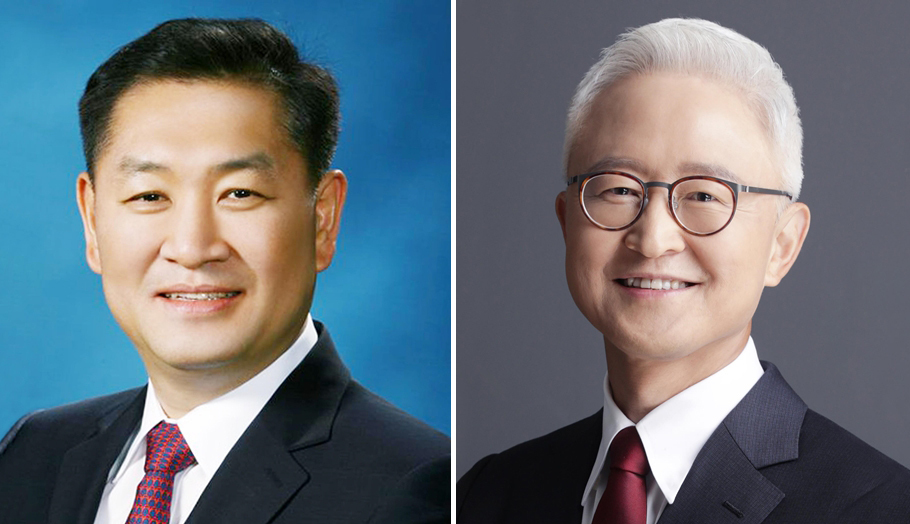 Following the announcement, the company’s three co-CEOs were replaced with two co-CEOs.

Han played a key role in elevating Samsung’s TV business to where it is now. Samsung said the new CEO is expected to “strengthen the synergies among the different businesses in the SET division and help drive new businesses and technologies.”

“Even though the smartphone and home appliance businesses may have made up a greater portion of the company’s sales, it is true that more recently the spotlight has shifted to the burgeoning chip business due to its growth potential and better profitability,” said an industry source on condition of anonymity.

“With a TV specialist taking the helm, Samsung is expected to make a renewed push to consolidate its consumer business in this era of technology convergence across sectors and industries.”

The changes came as a surprise because the three former CEOs were all set for another three-year term after a shareholders meeting in March. The system of three co-CEOs started in 2012, with the recently departed trio in place since 2017.

While nothing was decided on the future of two of the three -- Koh Dong-jin of the mobile business division and Kim Hyun-seok of the home appliance division, semiconductor business chief Kim Ki-nam was promoted to chairman in the day. As such he is stepping away from his day-to-day management role into an advisory role as leader of the Samsung Advanced Institute of Technology, which will involve nurturing future technologies and in-house talent.

The larger-than-expected leadership shake-up is believed to have been carried out under the oversight of Samsung’s de facto leader, Vice Chairman Lee Jae-yong, as he is seeking to lay the groundwork for a “New Samsung” involving a renewed emphasis on the chip business, fostering new growth engines and changing the rigid corporate culture.

Days after Lee walked free in August after serving prison time for corruption, Samsung announced plans to invest a whopping $205 billion in its semiconductor business, under which the world’s largest memory chip maker pledged to become a top producer of more advanced logic chips by 2030.

Despite speculation to the contrary, the Samsung chief did not get promoted to chairman, possibly due to legal woes surrounding him and Samsung affiliates. Having been released on parole, he faces employment restrictions for the next five years and is also standing trial on fraud and stock manipulation charges.

“For Lee, earning the chairman position is not a top priority,” said another source, who wished to be unnamed. “The Samsung chief is expected to focus on rebuilding his global network and consolidating the company’s leadership in key sectors for the time being.”

On Monday, Lee left for the United Arab Emirates just weeks after traveling to the US, where he finalized the company’s $17 billion fabless plant deal. The Middle East is one of the key markets where Samsung is pouring in resources to nurture new growth engines, including the 5G network equipment business.