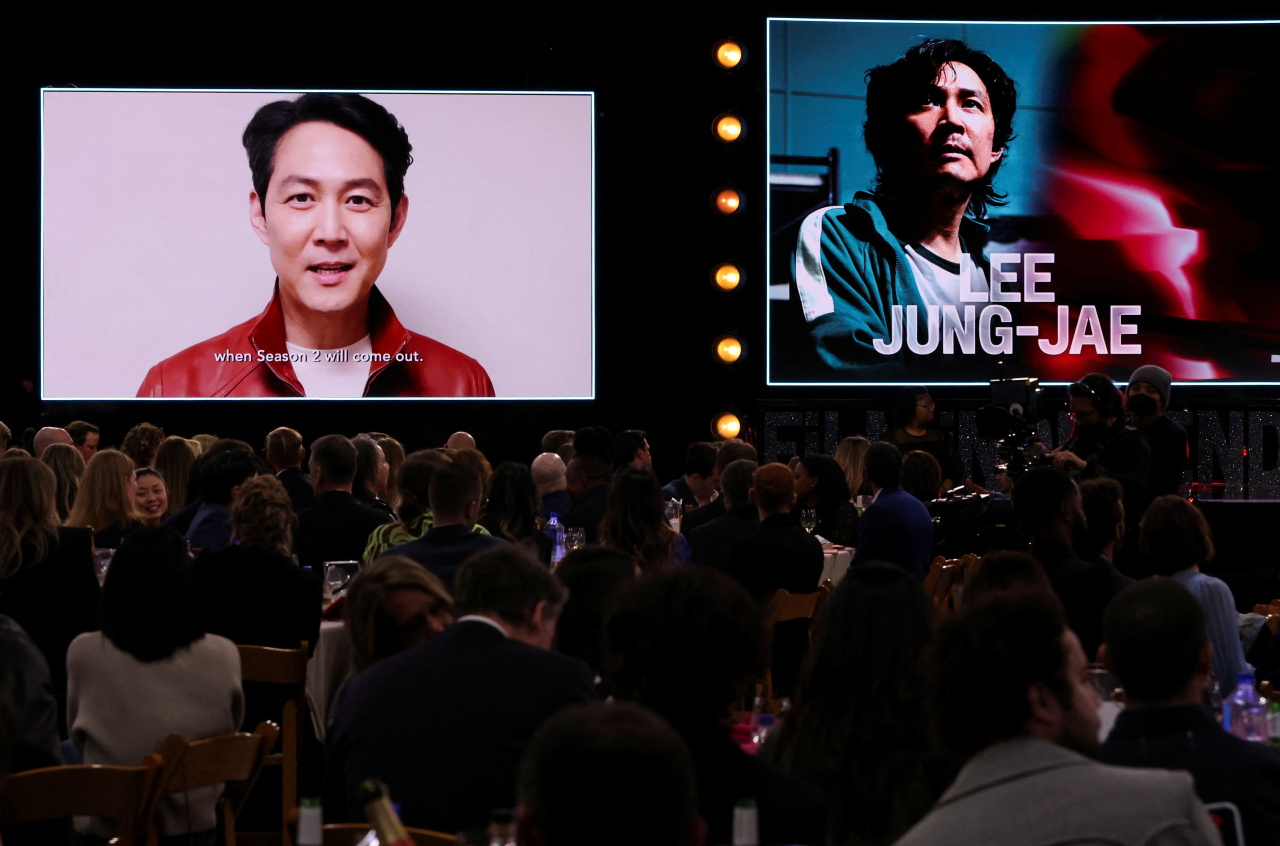 The top Korean star was named the winner for playing Seong Gi-hun, a down-on-his-luck middle-aged man who takes part in the titular deadly game of the global megahit Netflix series “Squid Game.”

Lee became the second Korean actor to win a prize at the Film Independent Spirit Awards after veteran actor Youn Yuh-jung won the award for best supporting actress for her role as a feisty grandmother in the film “Minari.”

Following its release in September, the Netflix original series quickly landed at the No. 1 spot on the streaming platform’s charts in 94 countries.

Reflecting the series’ global popularity, the “Squid Game” team has won multiple awards at other US awards events, including the Gotham Awards and People’s Choice Awards.

In February, Lee also won a trophy for outstanding performance by a male actor in a drama series at the 28th Screen Actors Guild Awards.

Lee made his TV debut with the campus drama “Dinosaur Teacher” in 1993 and rose to fame in Korea as a devoted bodyguard in drama series “Sandglass” (1995).