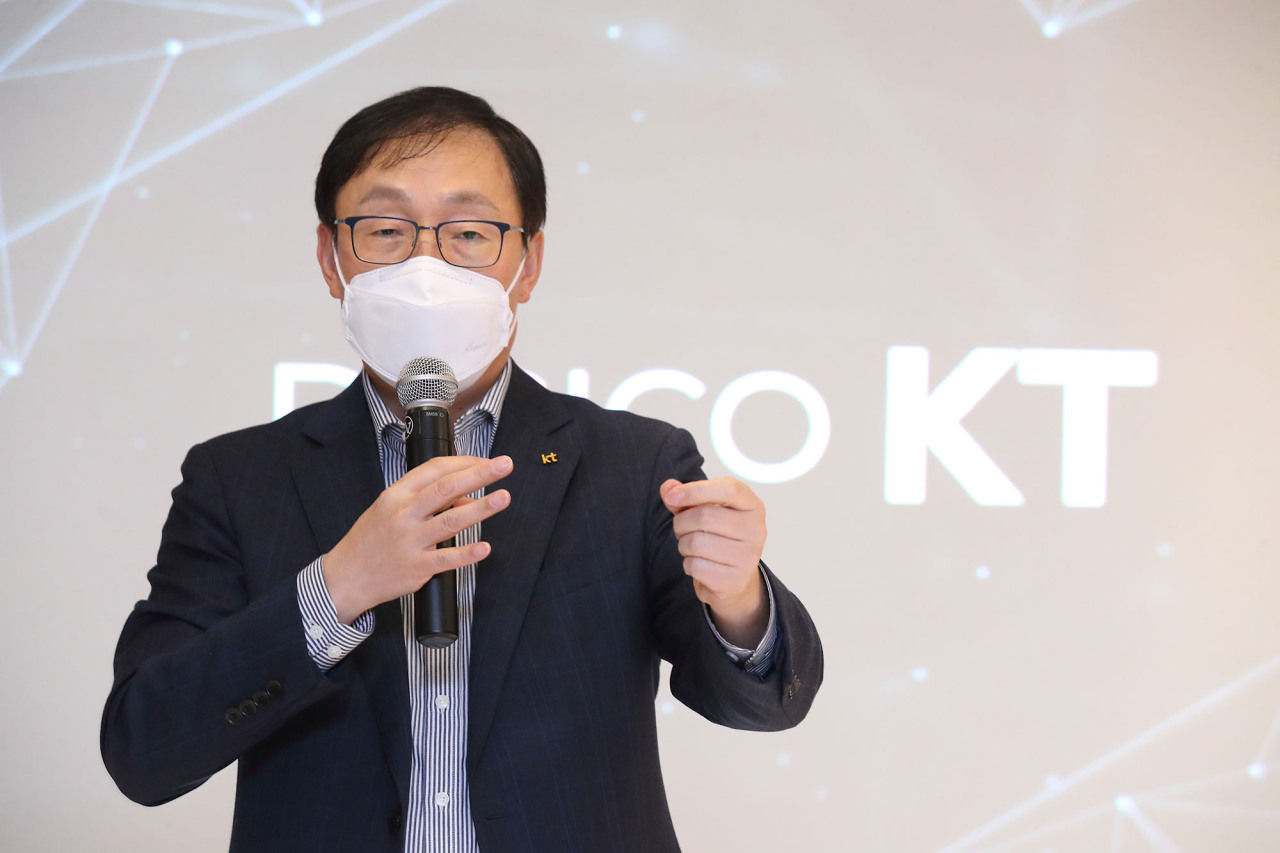 The plan was proposed by a policy group under GSMA, which called on global content providers including Netflix, Apple TV, Amazon Prime Video and Disney+ to contribute more to the ecosystem, in exchange for their heavy traffic due to user downloads and video streaming, said Ku Hyeon-mo, chief executive officer of South Korean telecommunications carrier KT.

Ku is the only GSMA board member among Korean participants at MWC 2022.

“I can say that telecom carriers across the world have reached a consensus,” Ku told reporters during a press conference Tuesday.

“It is a consensus to hold those causing an enormous amount of internet traffic and generating profit more accountable.”

According to Ku, some 40 percent of mobile traffic stems from content providers and have caused internet speed to slow down or lag for others. To avoid such problems, telco carriers have often had to bear extra costs in maintaining internet service levels and speeds.

Of the three suggestions to charge content providers more for heavy usage, the most likely option is to create a state-sponsored fund designed to invest in setting up new broadband infrastructure.

GSMA cannot force each country’s lawmakers to ratify the proposal immediately, as the agreement between telco firms is nonbinding, he added.

If implemented, consumers could also stand to benefit because the reduced cost of telecom carriers’ capital expenditure for network expansion may lead to a cut in fees charged by the firms, according to Ku.

The proposal comes as disputes over cost-sharing for internet traffic have been escalating across the world.

Korea has been weighed down by such squabbles over who is more responsible for network-related costs, as seen in a high-profile case between SK Telecom’s internet protocol TV arm SK Broadband and US-based Netflix over network usage fees.

A district court ruling in July ruled that content providers are obliged to pay for their network usage, giving SK Broadband the upper hand. Netflix appealed the decision, while SK Broadband filed a fresh lawsuit demanding Netflix pay network fees. SK Broadband has claimed that it was forced to install new infrastructure to keep up with its operations due to Netflix’s heavy traffic.

Ku said the GSMA board decision “distances itself from controversies over network usage fees.”

Ku is serving his final year in his three-year term as KT’s CEO since 2020.