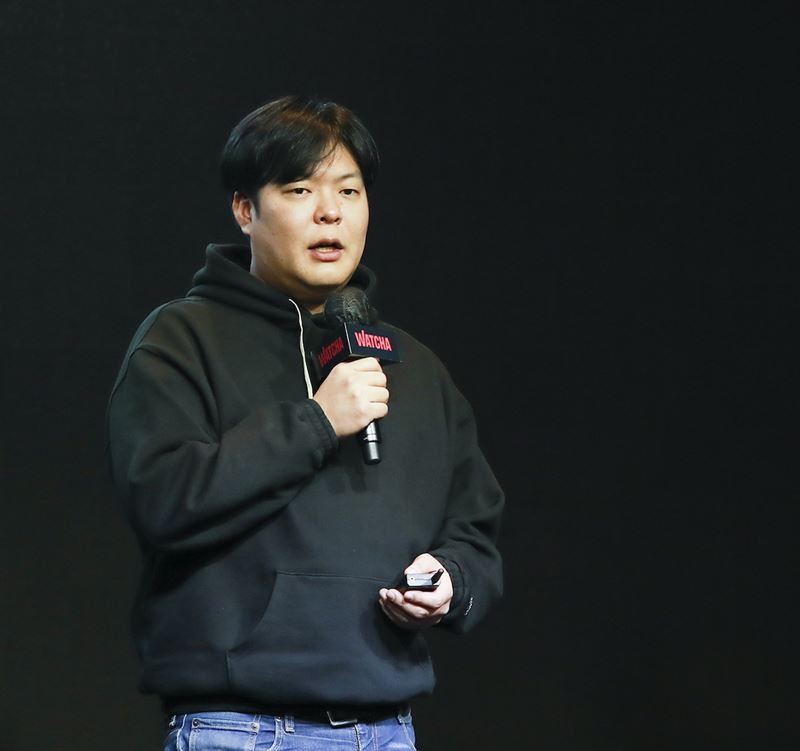 Korean startup Watcha on Tuesday announced the launch of Watcha 2.0 this year, including plans to provide webtoons and a music streaming service on its video streaming platform.

“We think this year is the year to take a leap forward. We have to prepare for our next 10 to 20 years,” Watcha CEO Park Tae-hoon said during a media event held Tuesday in Yeouido, Seoul.

Watcha’s chief operating officer, Won Ji-hyun, explained that the decision to expand its business was due to expectations that those contents could contribute to increasing the retention rate and the total time users spend on the platform.

“Users have to be relaxed and concentrate to consume contents like movies and TV dramas. But with webtoons and music, people can consume them while working or commuting to work,” Won said. “We saw a market which streaming platforms have not entered.”

Won went into greater detail about what users can expect from Watcha 2.0.

“Our platform will recommend music based on the movies that the users enjoyed. It can be songs from original soundtrack albums or songs with a similar mood as the movie that they watched. Also, webtoons can be recommended along with songs just like wine pairing recommendation,” he said.

Webtoons that are considered too short or lacking in dynamic plots for existing webtoon platforms can turn to Watcha’s platform, Won said.

Webtoon creators like cartoonist Kim Bo-tong, who is best known for the original webtoon on which Netflix’s drama “D.P.” is based, have joined the Watcha 2.0 project, he added.

For its music service, the company said it has recently acquired several companies and agencies such as Momople, Bunga Bunga Records and Vlending under the expansion.

Nine new original contents will be released in the first half of the year. 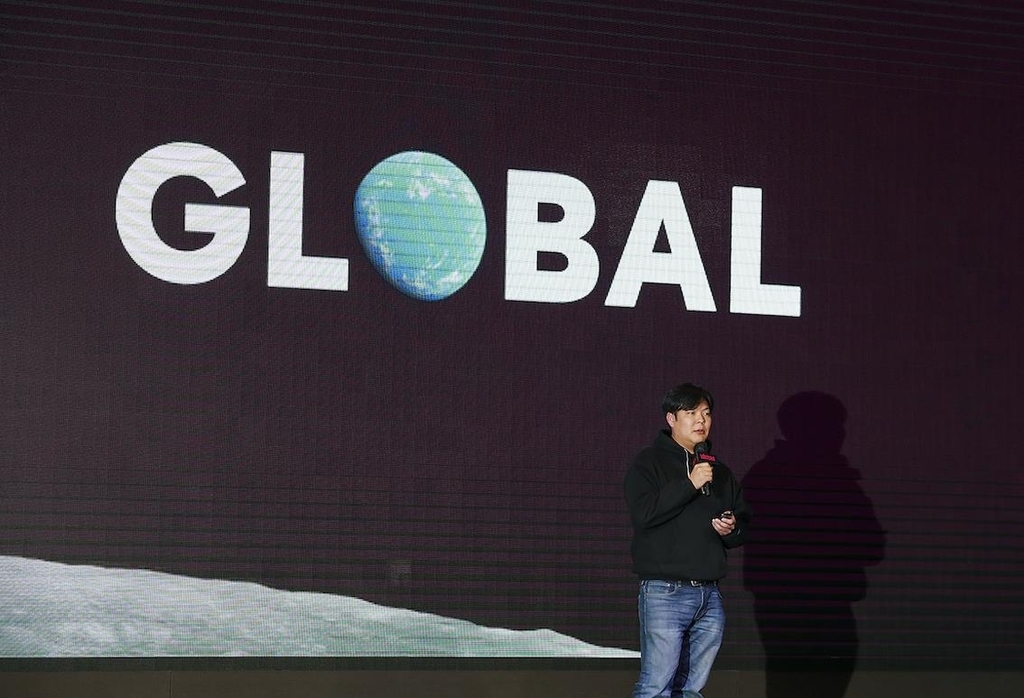 Watcha CEO Park Tae-hoon speaks during a Watcha media event held Tuesday in Yeouido, Seoul. (Watcha)
One of them will be “Ultimate Weapon Alice (unofficial translation),” a series directed by Lee Byung-heon, who is known for directing the hit movie “Extreme Job” that attracted more than 16 million moviegoers here.

As for the company’s overseas business strategy, Watcha CEO Park said that it had to scrap its original plan and is starting over. Abroad, Watcha currently operates in Japan.

“For our next overseas expansion, we mainly looked into Asian countries, especially Southeast Asian countries because we thought there is demand for Korean contents,” the CEO said.

“But after seeing the success of contents like ‘Squid Game’ and ‘Minari’ we realized that it does not have to be an Asian country. So we started again from zero and are looking into our options. We will make our decision quickly and will launch the platform in a new country next year.”

Established in 2011, the homegrown startup began its business as Watchpedia, a data platform operator that gathers movie reviews. It launched the streaming platform Watcha in 2016.

According to CEO Park, Watcha is estimated to have recorded 72.3 billion won ($60.6 million) in sales last year, an on-year increase of 82 percent.

The startup is also preparing for an initial public offering before the end of this year, although the exact timing depends on the actual market situation, Park said.