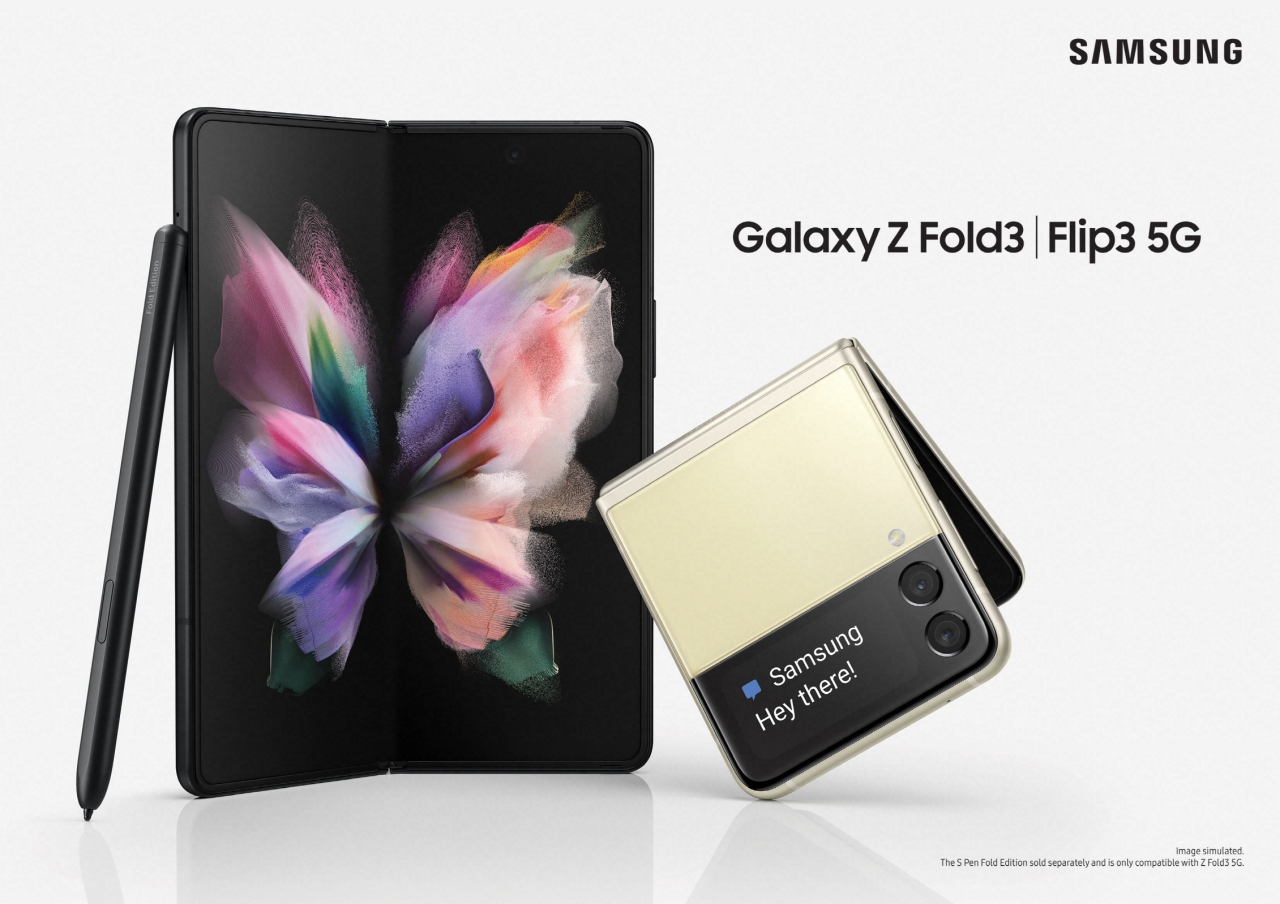 Despite months of back-and-forth deliberation, representatives of the unionized workers filed for an arbitration to Korea’s National Labor Relations Commission, a government agency under the Labor Ministry, on Friday at 3 p.m.

The move pushes Samsung and its four labor unions to reach a wage agreement within 10 days, which could lead to a strike and pause in Samsung’s businesses that range from semiconductor chips to electronic gadgets and home appliances. The negotiation can be extended by up to 10 extra days upon mutual consent.

“Although (the union) has been through the 15 rounds of talks (with Samsung), the management had unilaterally delayed the progress in negotiation in a deceitful manner,” one of the unions, National Samsung Electronics Labor Union, said in a statement.

“We have come to file an arbitration with the NLRC based on our observation that our talks will no longer proceed. Our future direction will depend on the willingness of Samsung to negotiate.”

An official of NSEU, a 4,500-strong union under the umbrella of the Federation of Korean Metalworkers’ Trade Unions, added that it would put forward its renewed demands public next week. 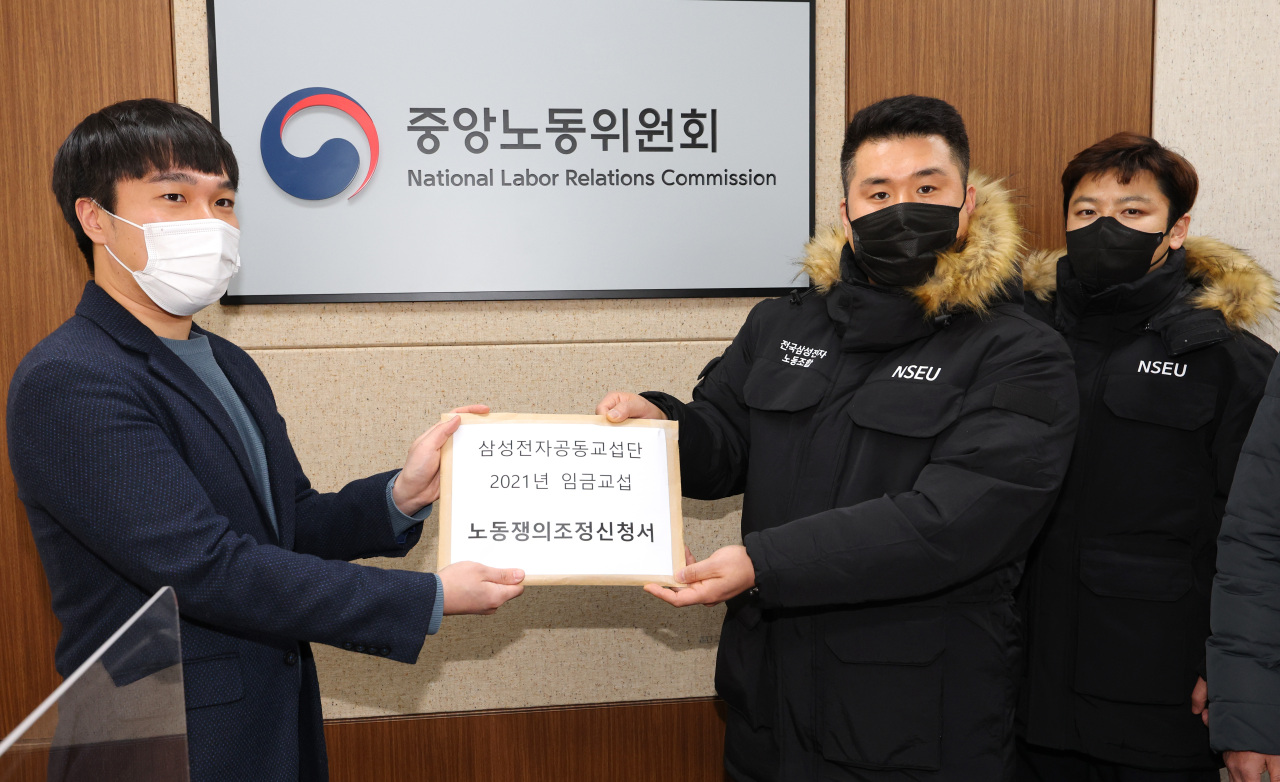 Representatives of the unionized workers apply for an arbitration to Korea’s National Labor Relations Commission in Sejong City on Friday. (Yonhap)
The talks, which began in October, were a first for the company and the unions. The trade unions’ appeal for a wage hike, COVID-19 compensation and a special leave, however, fell on deaf ears.

In the draft agreement suggested in March, Samsung’s in-house independent council confirmed a wage hike of up to 7.5 percent, including a 4.5 percent basic pay raise. The company has 114,000 employees.

The draft excluded the labor unions’ call for a wage raise by 10 million won ($8,350) for each employee and a bonus that amounts to 25 percent of its annual operating profit, which translates into a combined 12.9 trillion won for 2021. The council’s wage hike suggestion was rejected by labor unions in January.

Raking in a record revenue in 2021, Samsung announced plans to reward employees with incentives that amount to up to 200 percent of monthly base salary, while those in memory chip operations will be granted up to 500 percent.

Should both sides reach the wage agreement during the arbitration, it would be the first of its kind since the company was founded in 1969. The wage talks were based on an unprecedented collective agreement between labor unions and management in August 2021.

Union activities started to take root in Korea’s technology bellwether with the agreement, a year after Samsung’s de facto leader Lee Jae-yong in May 2020 declared an end to its controversial “no union” policy.

Samsung gave birth to its first labor union in 2018 amid a national probe into Samsung’s alleged union-busting activities. High-ranking officials were found guilty at Korea’s top court in February 2021, with one of them, Vice President Kang Kyung-hoon, being sentenced a 16-month jail term.