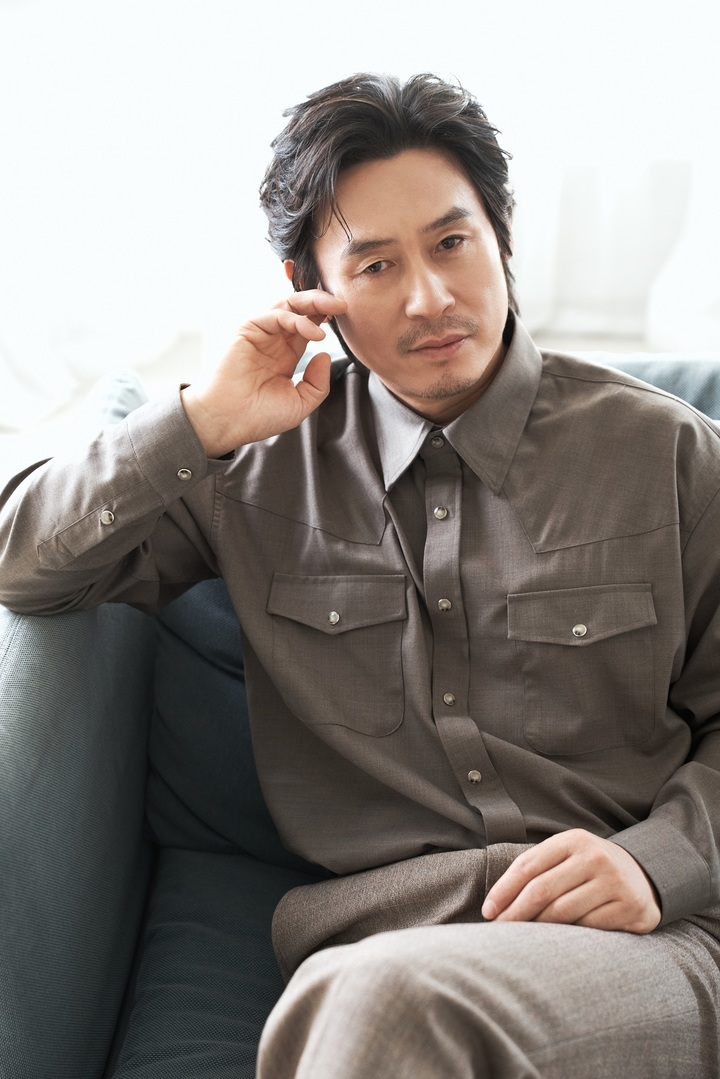 Seol Kyung-gu (Megabox Plus M)
Presidential election season is in full swing as the two main opposing parties level an endless stream of allegations at each other to win over more votes.

This is a rough description of what happens in hit maker Byun Sung-hyun’s new political film “Kingmaker,” as well as what is happening in the Korean political scene right now.

The film’s main lead Seol Kyung-gu, who played opposition party politician Kim Woon-beom, said that the movie’s release date was not intentionally set near Election Day, which is to take place March 9.

“We did not have the intention of creating the film for presidential election season. We filmed this movie two years ago, but had to delay the release date due to COVID-19,” Seol said during his interview with a group of local reporters Tuesday.

Now with the election coming up, the option of releasing the film after everything is over was also considered, Seol said, but they eventually decided it would be better to release it before.

Byun’s new movie, which is set in the 1960s-70s, is based on the true story of mysterious election strategist Eom Chang-rok and former President Kim Dae-jung, who eventually became president in 1998.

In the film, opposition party politician Kim Woon-beom (Seol) has dreams of becoming president, but is held back by his strict moral values and insistence on playing fair. Woon-beom’s political career takes a turn after meeting strategist Seo Chang-dae, who believes it is OK to play dirty to achieve a greater good-- in this case, to win the election and make some changes to Korean society.

Seol explained that he felt a lot of pressure playing a character created based on the late former President Kim.

“When I first received the script, the name of my character was Kim Dae-jung. I asked the director to change it because it was too much pressure,” Seol said. “I think it was a good choice because if we used that name, I would have tried to impersonate him instead of creating my version of the character.”

Even with the new name, Seol said it was not easy to portray a character based on a figure that everyone is familiar with.

“His voice and tone of speech are familiar to many,” he said. “When deciding whether my character should speak in a South Jeolla Province dialect, I could not totally ignore the fact that he (former president Kim) speaks in the local dialect. So at first, I learned to speak the Mokpo dialect.”

The actor said they later decided to minimize the Mokpo dialect as Seol‘s character in the movie aims to represent the country, so it would be better for him not to have too strong an accent.

When asked about his favorite line in the film, Seol pointed to Cho Woo-jin’s line, adding that it seems to explain what is going on in the Korean political scene as well. Cho played the election strategist of the ruling party in the movie.

“When he talks about achieving great good, he says something like ‘You have your own greater good, I have my own. And the word justice is for the winner,’” Seol said. 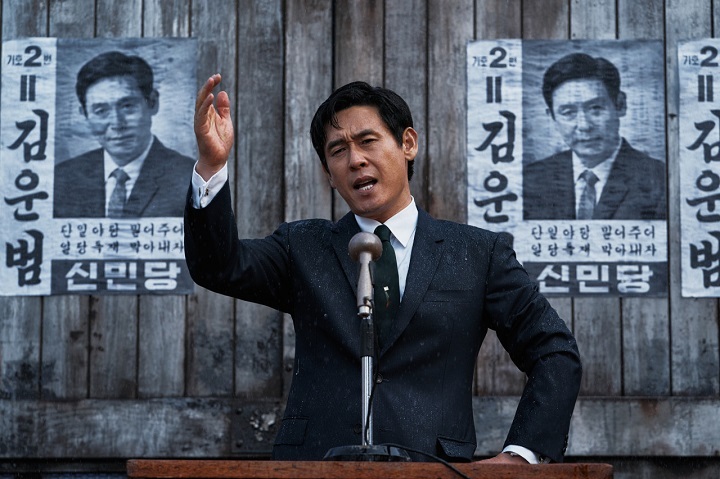 Seol Kyung-gu stars in director Byun Sung-hyun’s new political film “Kingmaker.” (Megabox Plus M)
Seol said this line seems to sum up why parties fight against each other so fiercely during elections.

“I think that process of fighting for their justice is what the election is all about,” he said.

Seol also talked about why he chose to work with director Byun again after having worked together in “The Merciless,” which was invited for a midnight screening at the 2017 Cannes Film Festival. They are also currently working together for the third time in upcoming action thriller “Kill Boksoon.”

“I really like director Byun Sung-hyun’s film. I can see that he is growing. ‘Kingmaker’ and ‘The Merciless’ are two different stories and ‘Kill Boksoon’ is also telling a different story,” he said. “I am always curious about the story he is trying to tell.”