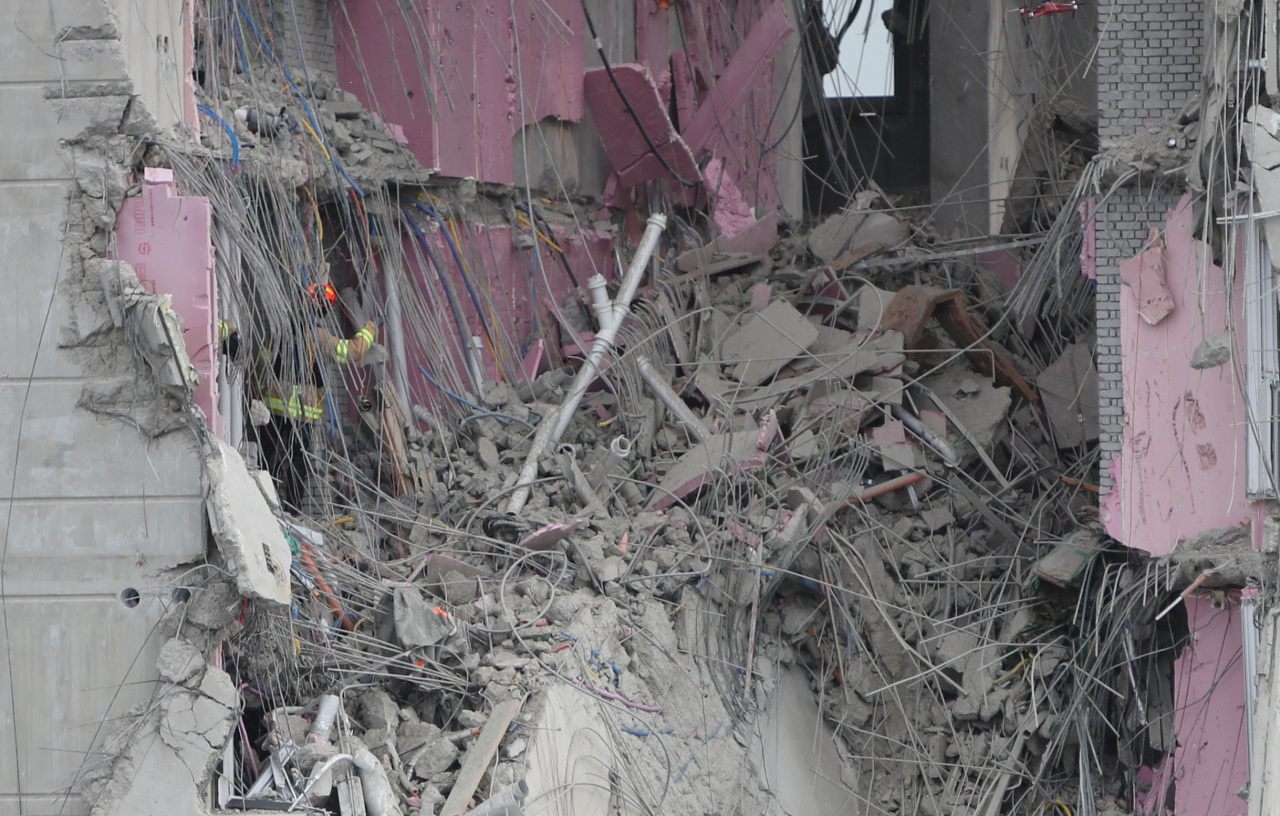 The unidentified man was discovered near the handrail of stairs on the first basement floor of the damaged building in Gwangju, about 330 kilometers south of Seoul, and rescue workers were trying to remove concrete debris and iron wires to save him.

He could be one of the six people unaccounted for after the exterior walls of the building crumbled Tuesday. The missing workers were believed to have been on the building's 28th-34th floors at the time of the collapse.

Officials said that it would take longer than expected to rescue him because a crane needed for the operation can be brought into the site only after debris is cleared from the road in front of the building.

Three workers had initially been rescued shortly after the collapse, with one of them sustaining injuries from falling rubble.

The labor ministry, meanwhile, said it is investigating chief overseers in charge of the construction site over charges of violating industrial workplace safety rules.

"Gwangju will review legal ways to prohibit HDC from joining projects pursued by the city for a certain period of time," Mayor Lee Yong-sup said in a press briefing.

The mayor also said the city will consider an order to completely rebuild the affected apartment building if its safety is not guaranteed in a safety inspection. (Yonhap)