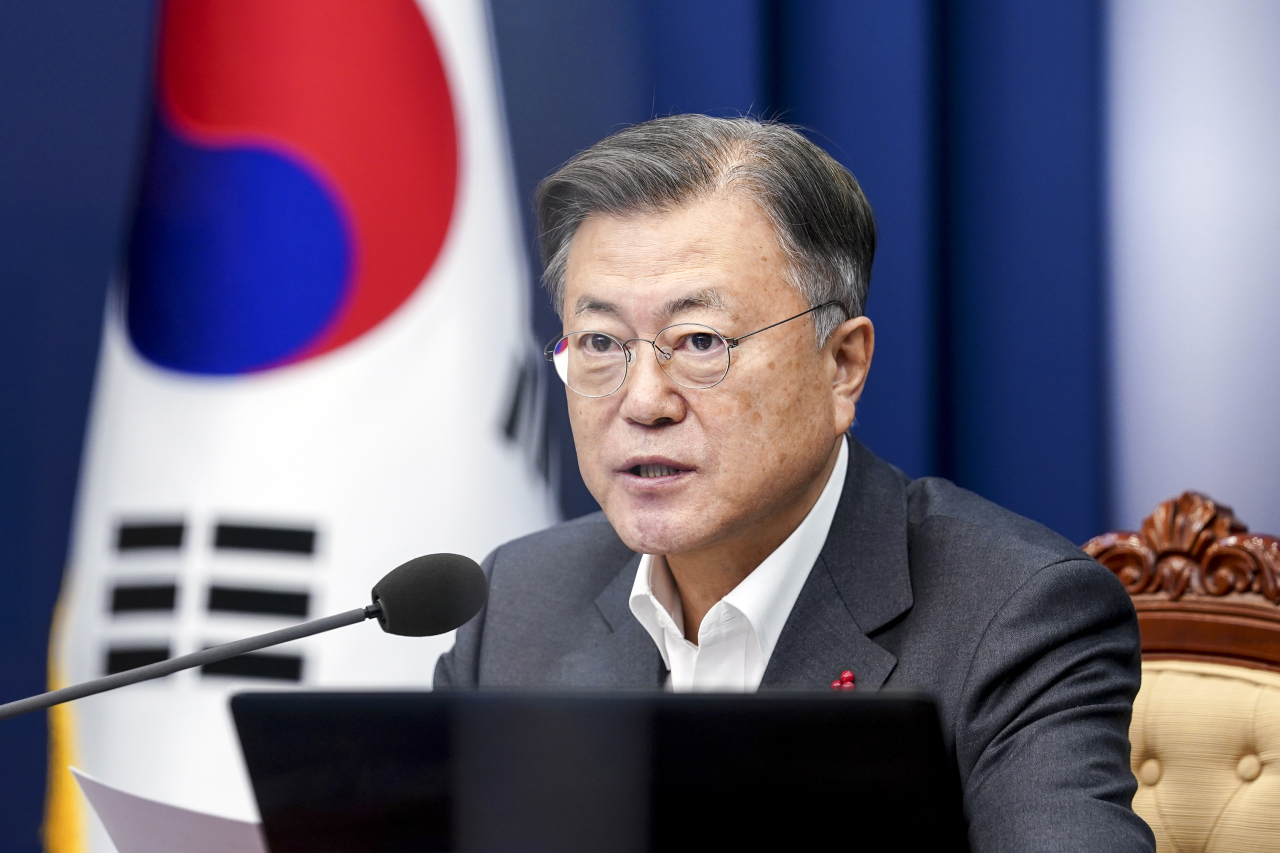 This photo shows President Moon Jae-in speaking to his aides at a meeting at Cheong Wa Dae in Seoul on Monday. (Yonhap)
President Moon Jae-in on Wednesday ordered a thorough investigation into a construction site accident that left six people unaccounted for, his spokesperson said.

Moon's order comes a day after the facade of a high-rise apartment building under construction in the southwestern city of Gwangju collapsed, leaving six workers missing.

"Thoroughly investigate the fundamental cause of the recent series of safety accidents," Moon said during a meeting with his aides, according to his spokesperson Park Kyung-mee.

He also called for a strengthening of safety measures to prevent a recurrence of similar incidents, she said. (Yonhap)